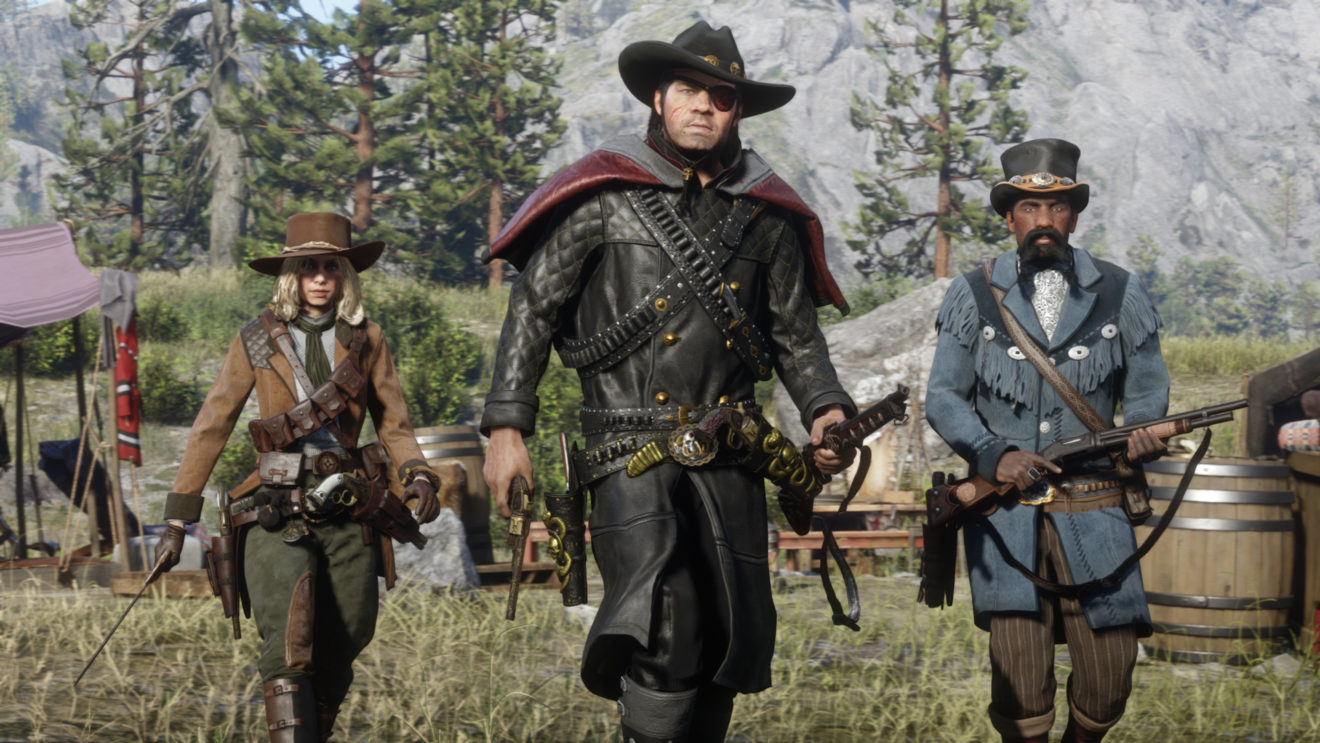 Rockstar has confirmed that the next major update for Red Dead Online will be released on September 10th.

The highlight of the upcoming update is the introduction of Frontier Pursuits, which are new player roles that will offer players “a wide array of themed activities” and “unique items, skills and more.”

The first of these roles is the Bounty Hunter. Players can get started in this role by visiting the legendary Bounty Hunter in Rhodes and purchasing a Bounty Hunter License for 15 Gold Bars (free for Twitch Prime subscribers). Players who become Bounty Hunters can pick up bounties from the bounty boards and will be rewarded for their efforts, with greater rewards on offer for bringing targets back alive.

After reaching Bounty Hunter Rank 12, players will be able to hunt players with a bounty of $20 or more. If the Bounty Hunter successfully captures the player and brings them in alive, the captured player will serve time. Progressing in the role will unlock Eagle Eye improvements, a Reinforced Lasso, new emotes, and more.

The next role being added is the Trader. Traders will become a partner in the Cripps Trading Company, turning their camp into a business. To get the business up and running, players will have to spend 15 Gold Bars on a Butcher’s Table (free for PlayStation 4 players). Traders will source materials for Cripps and take on Resupply Missions to stock their camp. These goods can then be sent out on deliveries for payment. Players who progress as a Trader can unlock a Stew Pot, a canine companion, a weapons locker, and more.

Finally, there’s the Collector role. To start down the Collector path, players will have to find Madam Nazar and purchase the Collector’s Bag for 15 Gold Bars (free for collecting all hidden playing cards in GTA Online). Collectors must search for valuable treasures which Madam Nazar will buy from them. Players can unlock a shovel, Eagle Eye improvements, a Horse Saddlebag upgrade, and more.

In addition to the three roles above, next week’s update will include more responsive character movements, the option to redesign character appearance without resetting progress, new ability cards, new challenges, and more. Read more about the upcoming update here.