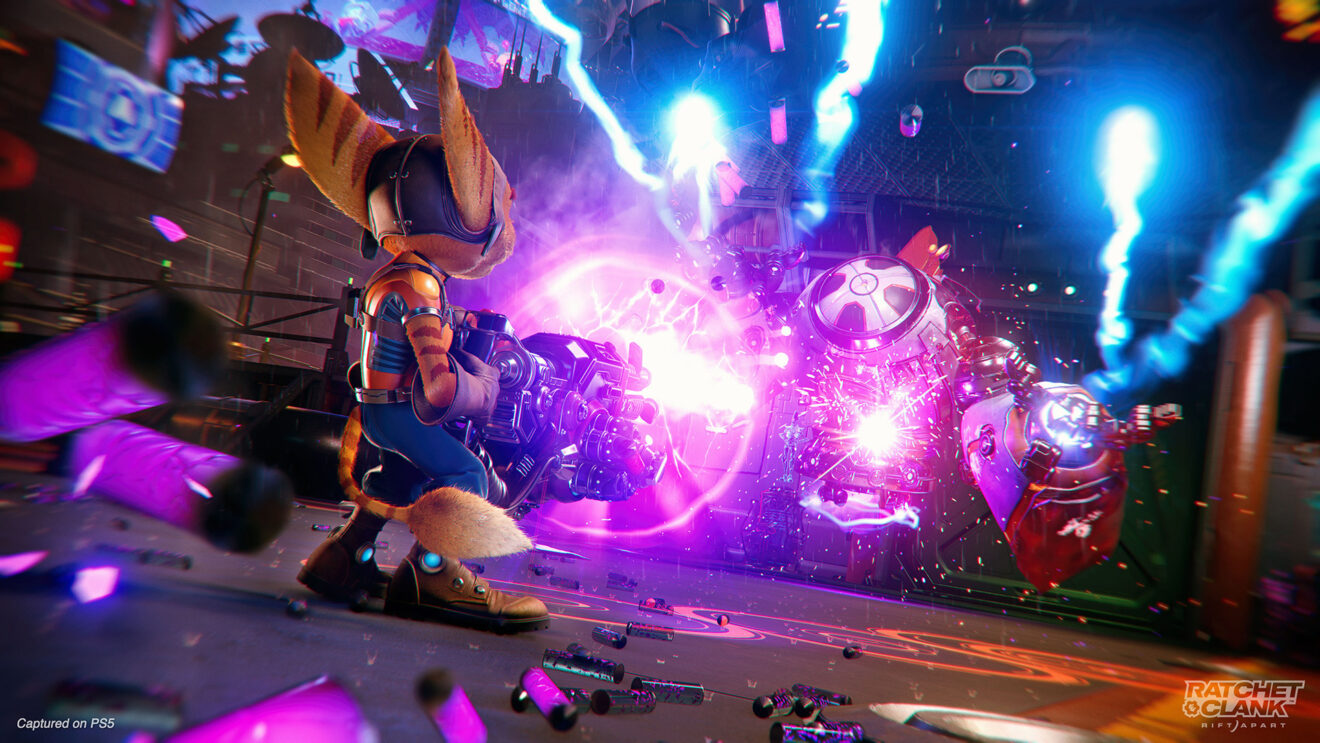 Ratchet & Clank: Rift Apart is now less than a month away, and Sony and Insomniac Games are kicking off the festivities early with a series of Almost Launch Party trailers. In this first episode, we get a quick look at some of the weapons and traversal abilities Ratchet—and series newcomer Rivet—will have at their disposal.

The trailer is hosted by Zurkon Jr., one of the autonomous combat drones Ratchet could deploy to fight alongside him in previous games. With enthusiastic narration, the little bot takes us through a quick rundown on some basics of Rift Apart‘s combat and traversal.

While there’s not much that’s new here, it is a nice to see all the weapons in action. The refreshed Buzz Blades launcher is looking sharp, and new additions to your Lombax arsenal like the Blackhole Storm and Negatron Collider seem like fun ways to unleash mayhem. We also get a quick glimpse at the Rift Tether, which lets you teleport across the map (taking full advantage of the PS5’s SSD) and the Phantom Dash, which adds in a neat visual effect—Ratchet or Rivet are literally duplicated across the screen. Tough to imagine that running well on PS4

As we mentioned above, this is just the first trailer in the series. The next will cover some of the worlds you’ll visit during the game.