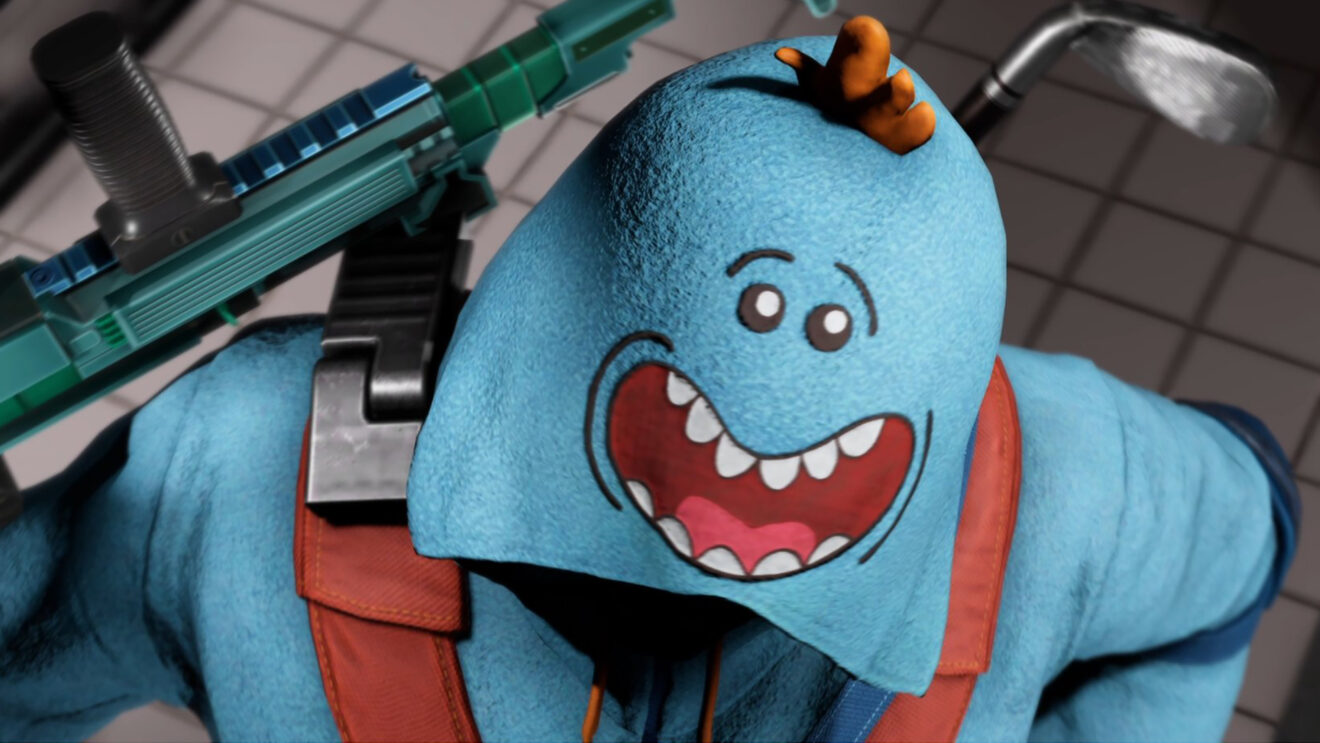 First up, Thermite gets a makeover as Krombopulos Michael, the Gromflomite assassin from the season two episode “Mortynight Run.” It’s a pretty detailed and honestly horrifying makeover, with a uniform, headger, antimatter handgun skin, and a weapon charm showing Michael’s beloved wife Amy in a heart-shaped locket.

Next, and much less impressive, is a skin that reimagines Ace as Mr. Meeseeks from the season one episode “Meeseeks and Destroy.” Actually, it looks way more like Ace skinned Mr. Meeseeks and is wearing him, since the design is really just a hooded onesie with a face on it. But hey, they can’t all be winners. This bundle you also get a weapon skin and a Meeseeks box charm.

This is the second Rick and Morty crossover for Rainbow Six Siege. In April of last year, the game got a Pickle Rick skin for Smoke and a Gromflomite skin for Sledge, along with some weapon skins and charms.

In more serious extraterrestrial R6 news, Tom Clancy’s Rainbow Six Extraction, the alien-fighting spin-off of Siege, is out today. Check out our review.