As an initial attempt to spin-off and expand upon Rainbow Six Siege’s excellent gameplay, the 2018 limited-time mode Outbreak was a strong start. It took Siege’s Operators, placed them in Left 4 Dead–style levels, and let players team up to kill waves of zombie-like enemies. Not only did it give dedicated Siege players new content to enjoy, but as an experiment, it proved that the core gameplay could translate to more than just PvP multiplayer.

Enter Tom Clancy’s Rainbow Six Extraction, a new cooperative shooter set in the Siege universe. Extraction has good intentions—namely, giving players more Outbreak—and delivers on the promise of letting players enjoy Siege’s excellent gameplay in a cooperative setting. But in turning Outbreak into a full release, Ubisoft fell back into its own bad habits and created a progression system that’s designed to entrap players in a grind without giving them enough ways to actually have fun.

Rainbow Six Extraction’s setup is simple: An alien parasite has come to Earth and is starting to spread across several locations, creating monsters called Archeans. An international tactical response and research organization called REACT has set up quarantine zones in parasitic hotspots, and its operatives—made up of Rainbow members—must venture into these areas, complete objectives, and extract.

Outbreak demoed how well Siege’s cast of characters and gunplay would translate to a cooperative shooter, and Extraction expands on that premise with several Operators that weren’t available in the limited-time mode. In addition to returning characters like Finka, Tachanka, Lion, and Doc, Extraction adds Jager, IQ, Gridlock, Nomad, and several more. While most of the characters will get their traditional Siege weapons, some of them will get access to a few that they don’t normally use. Personally, I find SIege’s approach to gunplay to be one of the best in the industry, even six years later, and the guns feel just as satisfying in Extraction, especially considering hits to enemy weak spots will (usually) one-shot them.

Much of the fun in Extraction comes from figuring out the best ways to use each Operator in any given situation. Hibana, for instance, can still open holes in walls with her X-KAIROS launcher, but she can also use her explosives to damage and kill stronger enemy types. More interestingly, where the ability to create windows in fortified walls with the X-KAIROS is considered an offensive maneuver in Siege, in Extraction that same move has more defensive utility against an incoming horde of Archeans.

Extraction starts you with nine of the game’s 18 total Operators, and it doesn’t take too long to unlock the other half of the roster. Compared to Siege’s current roster of 62, this number might seem limited, especially considering Outbreak included 10. That was back in 2018, too; Siege has added 24 Operators since then, and the only three introduced since Outbreak ran in March 2018 that appear in Extraction are Alibi, Nomad, and Gridlock. Still, I never felt like 18 was “too few” Operators; after putting around 30 hours into the game, I only fully leveled one of the characters, as I wanted to play with them all a fair amount.

Given how much Extraction relies on this progression system to give the game a sense of urgency and risk, having any more Operators might dilute its main risk-reward mechanic. Every time you bring an Operator into a mission (called an “incursion”), you risk losing that Operator by dying and not getting revived. If a character is fully knocked out, a teammate can still bring them to an extraction point and save them for you. But if everyone dies or a teammate goes into the next subzone of the incursion without extracting you, your character will go MIA. When that happens, you still have one more chance to complete an MIA mission and rescue that character, but failing that will mean losing all of a character’s progress, including weapons you’ve unlocked for them. You will have to start again from scratch.

Even after playing Extraction for 30 hours, I still don’t know if this system actually adds anything to the game. Sure, knowing you could lose all the progress you’ve made on your favorite character creates tension when entering an incursion, but you can also just rescue the MIA character on the easiest difficulty setting and get them back no problem. Worse is having an Operator be injured during an incursion; anytime your health goes below 100, that Operator will remain injured. If they’re below 50 health, you’ll have to wait for their health to come back before you can use them again. But, strangely, if a character goes MIA and you rescue them, they’re pretty much back to full health immediately. In a way, Extraction punishes you for barely escaping with your life more than for going MIA.

Finishing mission objectives and killing Archeans will earn you XP for your character, and leveling up your character will also level up your account’s overall progression, though only until you reach level 10 with that Operator. Then, any XP you earn is pretty much useless. That’s because Ubisoft wants you to engage with the only other way to earn XP and progression: completing location challenges, otherwise known as “studies.”

Unfortunately, you can’t just complete studies naturally as you play; you only get three studies at a time, and you must finish that set of three before you can move onto the next. Sometimes, these studies involve killing specific enemies, but whether or not those enemies will actually spawn into the mission depends on what difficulty level you’ve chosen. Even after that, there’s still a chance that the enemy you need to engage to complete the three studies might not spawn. When this happens, it feels like the game is purposefully withholding what you need to progress in order to artificially boost your playtime.

The issues with Extraction’s progression system might not seem so bad, and they really wouldn’t be in a game that offered more substantial goals or a more focused sense of purpose. But considering you will be playing the same kind of content over and over again, getting stuck because the game randomly decided it didn’t want to give you what you needed to complete a challenge can be frustrating when you’re spinning your wheels just to fill up a progression bar.

Mathematically, Extraction should have enough elements to make each incursion feel varied and exciting. There are four main locations, each with three zones that themselves come with three subzones apiece. That’s 36 overall subzones to explore, and each subzone can host one of Extraction’s 12 different mission types (13 if you count MIA rescues). Do the math, and you’re looking at over 400 different combinations of subzone and mission type, and that’s before you even consider the seven different possible mutations and the three different Protean bosses that can spawn on Gateway missions.

On paper, incursions should keep you invested for a while. But that’s not the reality. In practice, many of the subzones feel the same, even if they have wildly different settings. There are a few standouts, like the UFO museum in San Francisco, but they all end up bleeding together and offering pretty much the exact same gameplay experience, no matter what kind of mission you’re trying to complete or which enemies you’re fighting.

After a little while, the sense of “been there, done that” is unavoidable in Extraction, especially when the main goal seems to be leveling up characters enough to matchmake into endgame content like the nine-mission Maelstrom Protocol or the more consolidated Assignments. Out of the two, Assignments are fun, as they really do feel like they offer unique objectives and new ways to experience the game, and they let you use whatever character you want—unlike Maelstrom Protocol, which limits you to choosing from a rotating selection of eight of the game’s Operators. Still, I don’t know if Assignments are fun enough to keep my interest for long or motivate me to level up my characters.

What stands out the most about Extraction’s whole progression system is how much Ubisoft has missed the point about what motivates players. Losing a character in Hunt: Showdown adds tension to each match because I will never see that character again, but it’s also no big deal to start a new character, and it never stops me from experiencing content. But if I lost my only level 10 Operator in Extraction, there’s literally no reason to even try a Maelstrom Protocol. Likewise, players like Left 4 Dead because there was a sense of real narrative progression, which is going from the beginning of a dynamic, linear level and making it all the way to the end. Hell, that’s half of what made Outbreak so fun, too.

But Extraction seems insistent on giving players homework and leaning on the sunk cost fallacy to keep them coming back, instead of giving them a compelling story to work through or gameplay that feels fresh every time. In small doses, the game can be a blast, especially when your back is against the wall and you still manage to make it out alive. But play for too long and you run the risk of burning out quickly. It’s almost as if contemporary design aimed solely at player retention, no matter the means, is a parasite that worms its way into what would otherwise be good games. 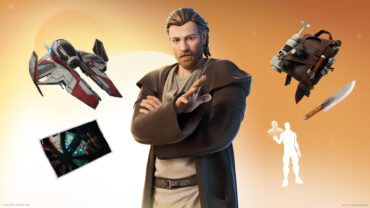 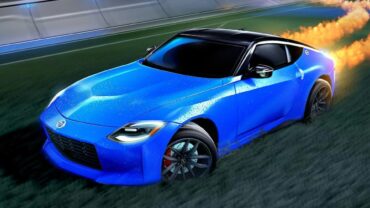 The 2023 Nissan Z is coming to Rocket League