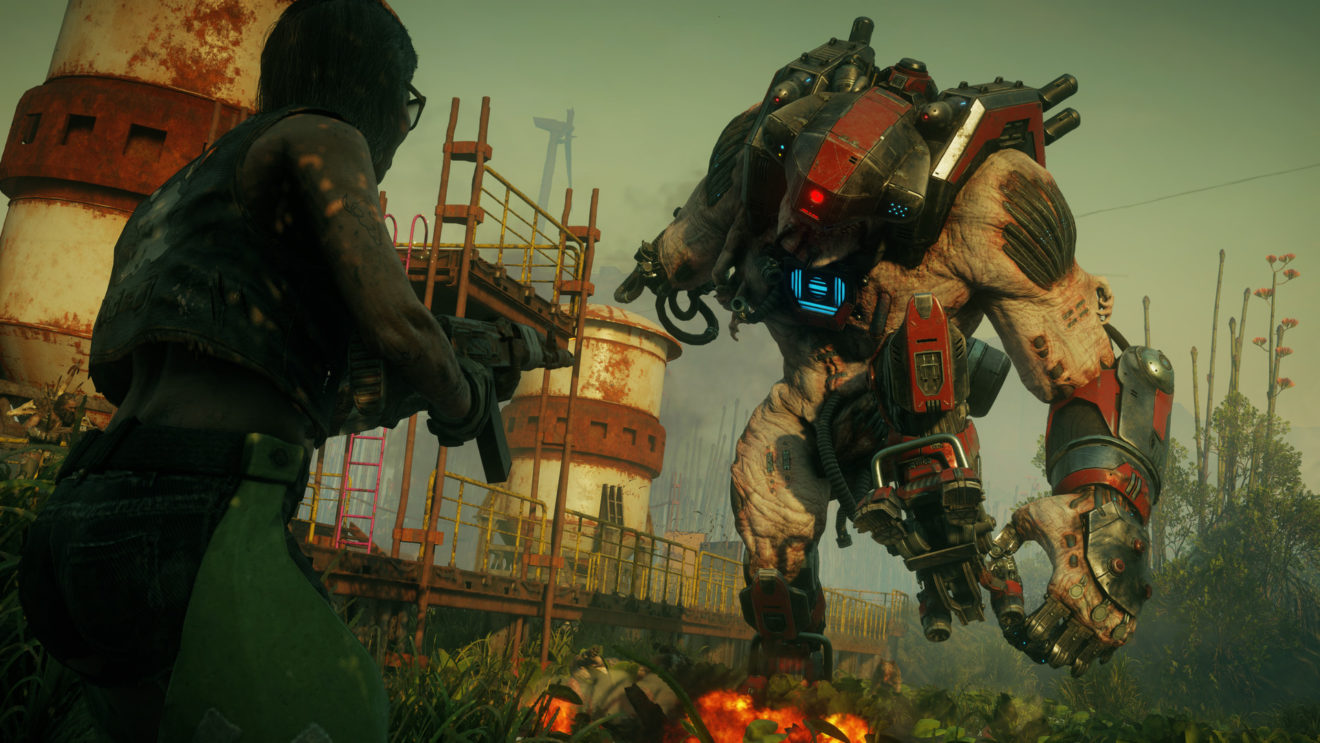 A new update has been released for Rage 2 that introduces a New Game+ option, a new difficulty mode, new cheats, and much more.

Following the update, players who have completed the Project Dagger storyline and all Arks will be able to select the New Game+ option. New Game+ lets players carry over their weapons, abilities, upgrades, and vehicles, and also adds new weapon skins to unlock at each of the game’s Arks. Players can also earn prestige badges by completing the game multiple times.

Today’s update also adds Ironman Mode, which ends the game if the player dies, and an Ultra Nightmare difficulty, which is described by Bethesda as being ‘crazy hard.’

In addition to the above, players can access a cheat that transforms them into a ragdoll when using the Dash ability, a Super Knockback cheat that makes melee strikes overpowered, and a BJ Blazkowicz Voice Pack, which adds the voice of Wolfenstein’s protagonist as an announcer.

Other changes include a camera deadzone slider for controllers, the addition of a flashlight, a new option for disabling Ark tutorials, and more. Read the full patch notes here.

Rage 2 is available now on Xbox One, PlayStation 4, and PC.