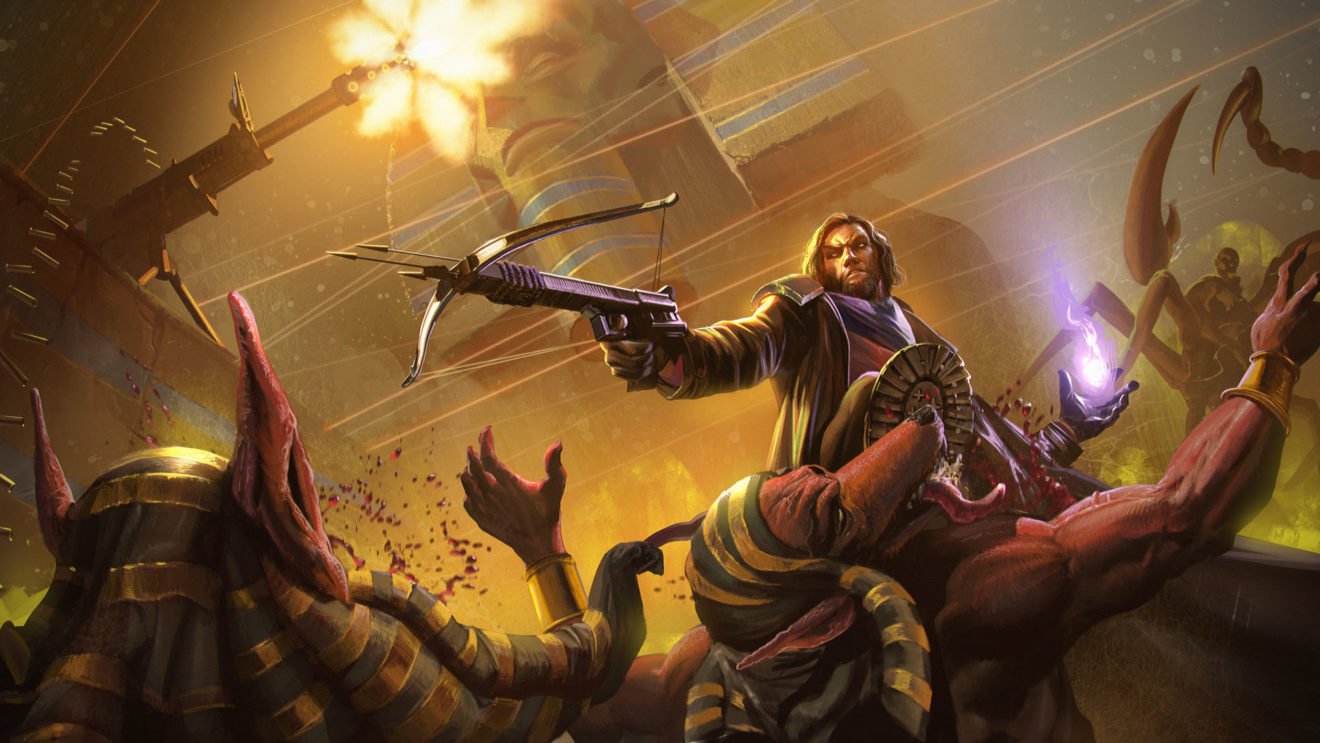 While we don’t always cover the ever-expanding world of specialty physical releases for games, this seemed like one of those exceptions I had to make—given, you know, the game in question was on my Best of 2020 list here on EGM.

Buckshot Software’s highly enjoyable retro-inspired first-person shooter Project Warlock is getting a limited physical release on Nintendo Switch thanks to Super Rare Games. Only 4,000 copies are being produced, and it’ll go on sale later this month at a price of $36.87. (The original price is in British pounds, thus the rather strange US dollar amount.)

According to the press release, “in typical Super Rare Games tradition, this rare print physical release includes all the content on its cart, a full-colour manual, interior artwork, an exclusive sticker, and three trading cards randomly selected from the five-card set. Fans won’t have long to wait, as Super Rare Games titles ship soon after going on sale.”

Pre-orders for the game will open up on January 28th at 1PM Eastern / 10AM Pacific at SuperRareGames.com. The one downside is that, as of now, it seems like only the Switch version will be getting a physical release.

If you’re wondering if Project Warlock is worth picking up, you can always read my review to find out why I liked it.