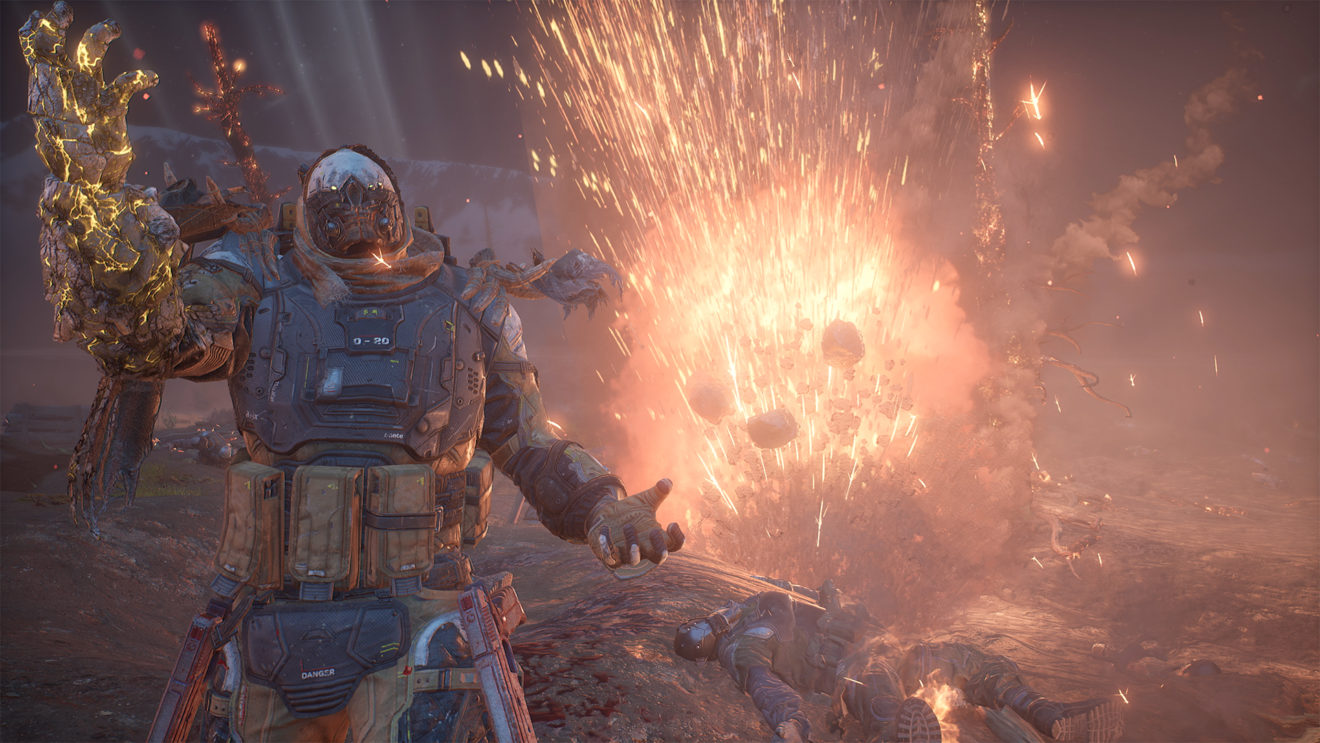 People Can Fly’s long-awaited upcoming co-op shooter, Outriders, has a demo launching on February 25th, and the studio has recently released a long Twitter thread detailing everything you need to know about it.

The demo launches at 9 a.m. PT and is entirely free, meaning you don’t need to pre-order the game to gain access. It will be available on Xbox Series X/S, PlayStation 5, Xbox One, PlayStation 4, and PC, and feature a beta version of cross-play that you can manually enable in the setting. PC players will need a minimum of 24 GB free on their hard drives, while console players are looking at a 22 GB download.

As far as what content the demo will offer, players will have access to the prologue and opening chapter of the game, meaning you will only encounter early-game enemies and weapons. Character levels are capped at 7, and World Tier (the game’s dynamic difficulty setting) is capped at 5. All four character classes—Trickster, Pyromancer, Devastator, and Technomancer—will be available in the demo, and six save slots mean players will have a chance to try them all.

Progress in the demo will carry over into the main game if you decide to play it. While you can earn upgrade and crafting resources in the demo, you will only gain access to the crafting system later in the main game, but resources you earn will carry over, too, as well as progress towards any achievements or trophies. However, keep in mind that progress on the Steam demo will not carryover to the full version of the game on the Epic Games Store.

Outriders was originally supposed to launch in holiday 2020, but it was delayed to February 2021 in October 2020. It was delayed again in January 2021 to April 1st. Considering the demo is a week away from launching, we don’t expect a third delay. You can read our early hands-on impressions of the game, as well as our thoughts on the Technomancer class.