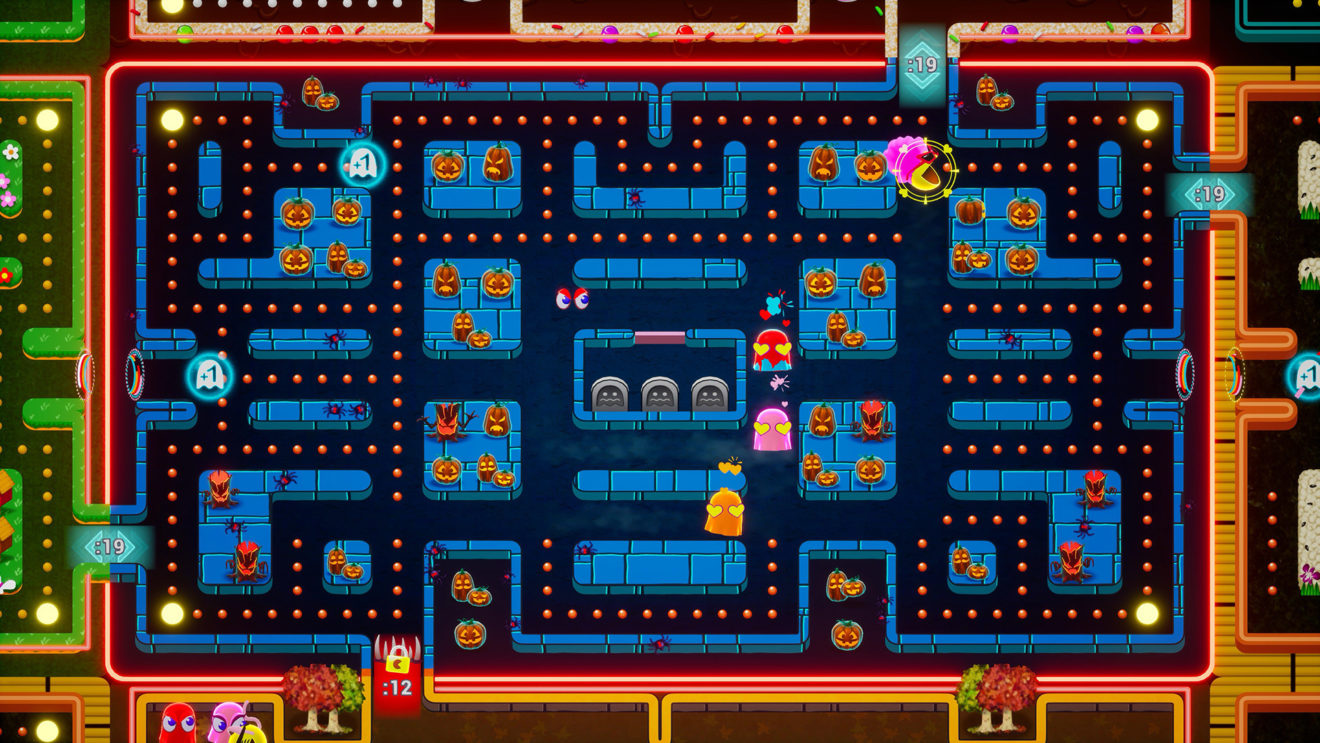 As part of a batch of new Google Stadia announcements, Bandai Namco has revealed Pac-Man Mega Tunnel Battle, a new game that pits 64 Pac-Men and Pac-Women against one another.

“Spread across an interconnected grid of PAC-MAN mazes, each player will need to outwit and outlast their competition to be the last Pac-Man standing in this unique take on the battle royale genre,” reads the announcement.

Now, I know what you may be thinking: another retro game going the battle royale route? Sure, I know, but some of the recent efforts have turned out pretty darn good. Tetris 99 is fantastic, and while I’m not the biggest fan of Super Mario Bros. 35, I know a lot of people out there are having a blast with it.

As a longtime Pac-Man fan, the idea of playing and battling against 63 other players sounds absolutely intriguing. Obviously, it’s all going to come down to the execution, but there’s some real potential here. I haven’t had a chance to try out the game yet, but I will soon (and you can too) thanks to the free demo running on Stadia through October 27th.

So, obviously, that’s going to be the one other sticking point for some: that Pac-Man Mega Tunnel Battle is currently a Stadia exclusive. I always get a bit nervous with playing fast-twitch games via streaming, but my experience with Google’s service (in my review of the platform and beyond) has been relatively positive. Still, given the trailer starts off with “First on Stadia,” it’s safe to assume it’ll be hitting other platforms as well, if you’d rather wait.