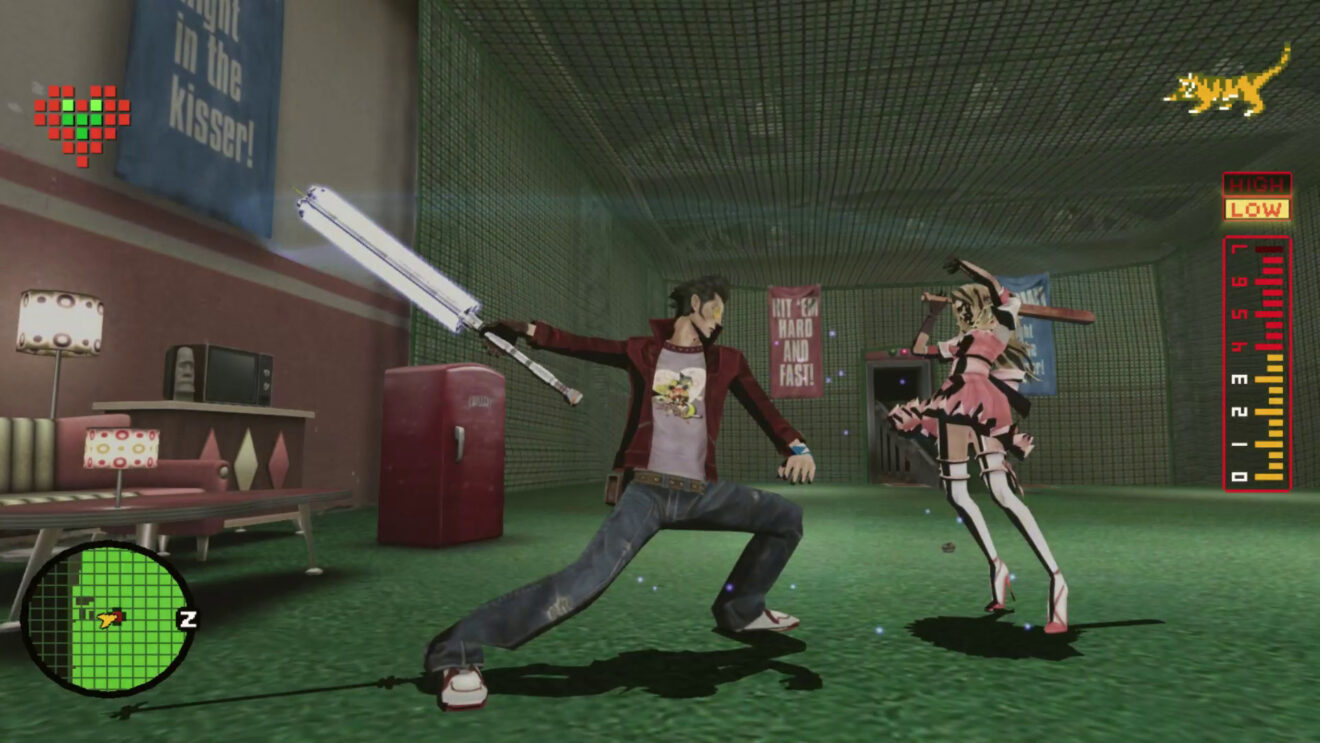 The first game in the series follows the story of the number 11th ranked assassin in the United Assassins Association, Travis Touchdown. With the help of his trusty beam katana and his arsenal of pro wrestling moves, Travis must face off against the top 10 assassins to claim his place at number one.

While the sequel, No More Heroes 2: Desperate Struggle, is set three years after the events of the first game and sees Travis slip down to 51st place in the rankings after taking things too easy. Now he must fight his way back to first while dealing with Skelter Helter, another assassin who has sworn revenge on Travis for the death of his brother.