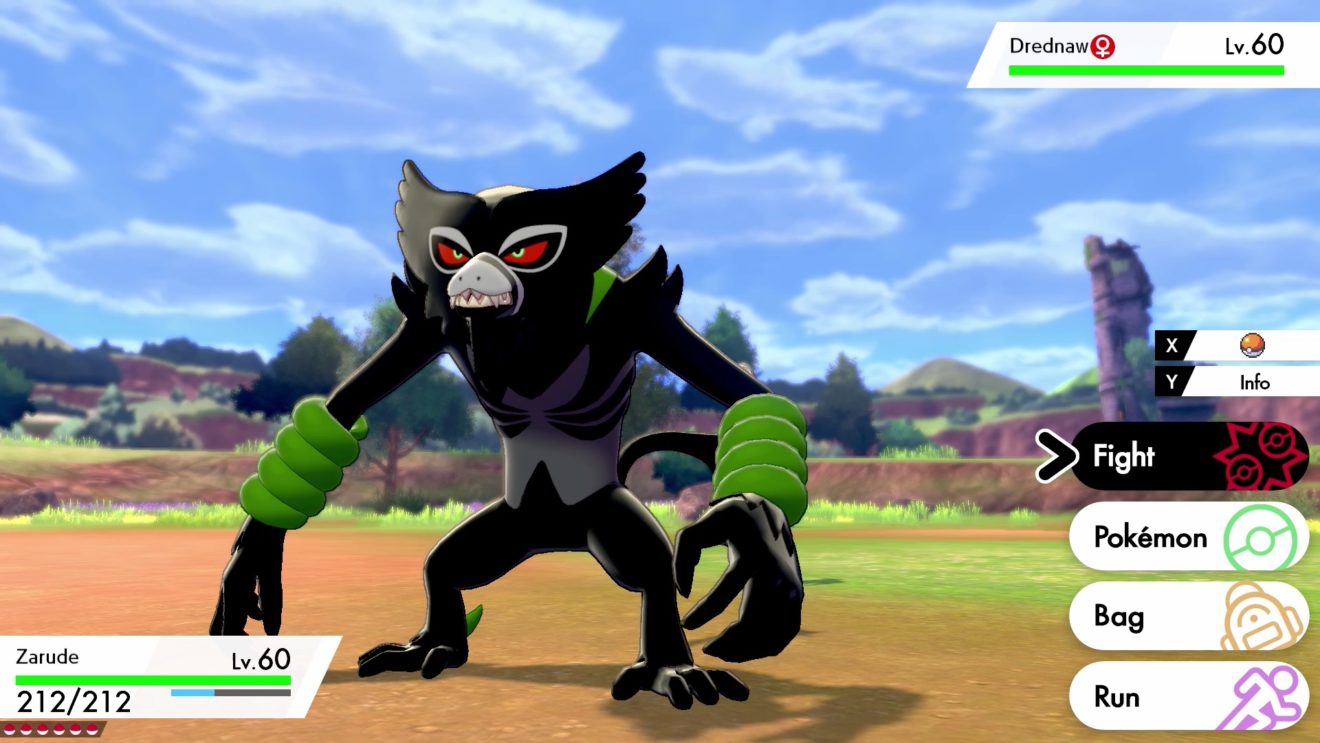 The Pokémon Company has revealed Zarude, a new mythical Pokémon for Pokémon Sword and Shield.

Zarude is a dark/grass-type Pokémon that can grow vines from the back of its neck, its wrists, and the souls of its feet, which it uses to grab berries from distant branches. See this new mythical Pokémon in action below:

“Zarude lives in a pack deep in the heart of dense forests. It treats anyone that isn’t part of its pack with immediate hostility, attacking right away,” its official description adds. “This is why other Pokémon that live in the same forest are afraid of Zarude. When fighting it swings around using trees and their branches, attacking relentlessly with its sharp claws or any other means it has. Its quick wit helps it excel in battles.”

The rogue monkey Pokémon is exclusive to Pokémon Sword and Pokémon Shield, according to The Pokémon Company. However, it cannot be encountered during regular gameplay. The company teased that more information is “coming soon.”

In other Pokémon-related news, it was recently announced that Mewtwo, Squirtle, Bulbasaur, Charmander, and other Pokémon are now appearing in Max Raid Battles in Pokémon Sword and Shield.