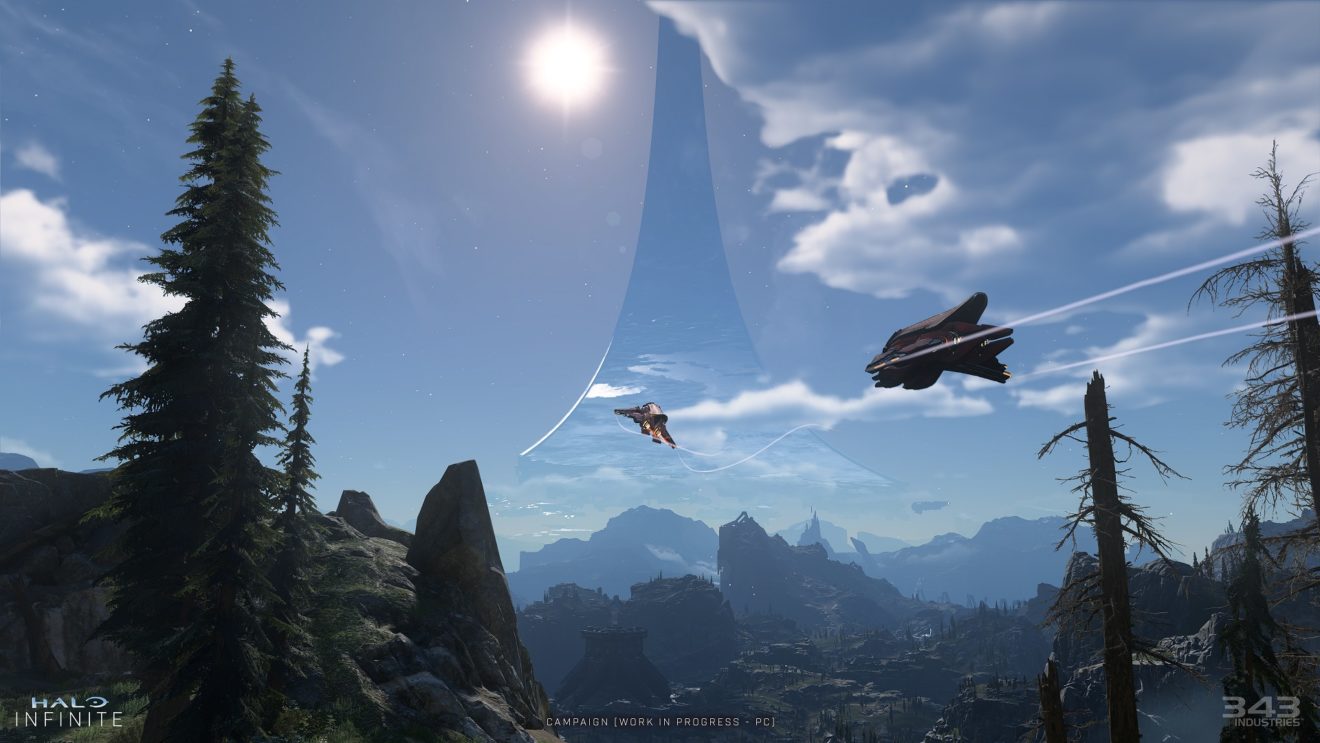 A new blog post from 343 Industries focuses on the majesty and scale of Halo Infinite‘s open-world setting, Zeta Halo, as well as providing new screenshots.

While there’s basically no new information about the game in the blog post, we do get some insights onto how art and design merge to create dynamic, sandbox experiences on Zeta Halo from three of the developers.

One of the topics that the post focuses on is the game’s dynamic, time-of-day lighting system. Campaign art lead Justin Dinges states in the post that it’s “one of, if not the largest, graphical feature implemented into our engine over the past few years.” That engine is, of course, the Slipspace Engine, which is making its debut with Halo Infinite.

Dinges reiterated in the blog post that the team’s main focus was “on two key themes, ‘Legacy’ and ‘Simplicity,’ when it comes to the visual experience we are building” so that the game doesn’t become visually cluttered. Still, following Halo Infinite‘s initial gameplay reveal and criticism aimed towards its art style, “the team has been continuously iterating on outstanding graphics and lighting work to deliver a more immersive experience,” graphics producer Alex Le Boulicaut stated in the post.

It’s also important to note that all the latest screenshots were taken from the PC version of the game. Le Boulicaut stated that 343 Industries is “committed to deliver a great experience and high level of visual fidelity across all platforms,” but the post did not share any images from the Xbox Series X/S or Xbox One versions of the game.

Halo Infinite is still scheduled to launch in fall 2021, and as far as we know it’s still coming to Xbox One consoles, in addition to PC and Xbox Series X/S. 343 previously confirmed that the multiplayer will be free-to-play when it launches and support 120 FPS.