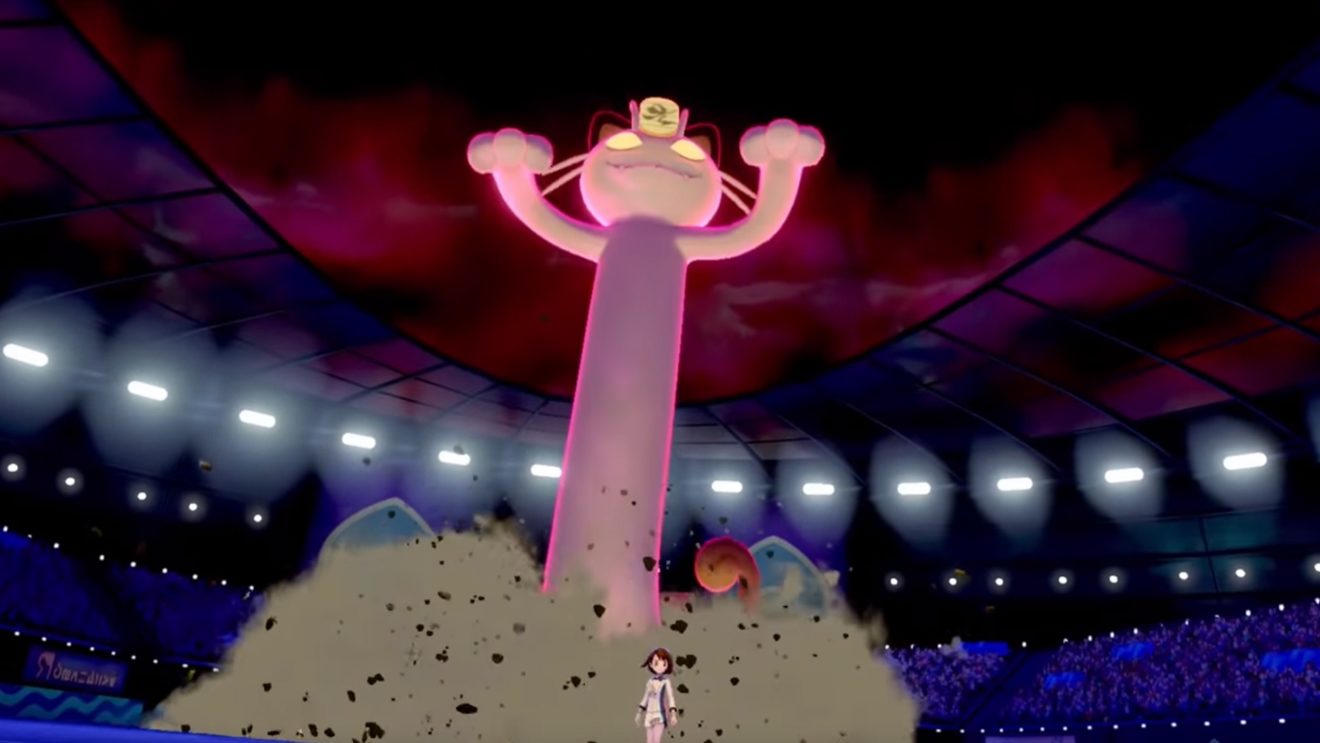 The Pokémon Company has released a new trailer for Pokémon Sword and Pokémon Shield that reveals several new Gigantmax forms.

As previously revealed, only certain species of Pokémon can access a Gigantamax form. When a Pokémon is in Gigantamax form, it changes in size, power, and appearance, and can use a new powerful G-Max move.

First up is Gigantamax Pikachu who gains access to the move G-Max Volt Crash. This powerful move damages opponents and causes paralysis. Players who have a player record from Pokémon: Let’s Go – Pikachu will be gifted a special Pikachu that can Gigantamax in Sword and Shield.

Next is Gigantmax Eevee. The Gigantamaxed form of this Pokémon can use G-Max Cuddle, which deals damage and causes a Pokémon of the opposite gender to become infatuated. As with Pikachu, players with a player record of Pokémon: Let’s Go – Eevee on their Switch will be gifted an Eevee that can Gigantamax.

Also revealed was Gigantamax Meowth, who takes on a very different appearance in this form and can use G-Max Gold Rush. This move deals damage to opponents and grants players a significant amount of in-game cash after the battle. Players who pre-purchase Pokémon Sword or Shield will receive a special Gigantamaxing Meowth via the Mystery Gift option.

The final two Gigantamaxing Pokémon shown off were Charizard, who can use G-Max Wildfire, and Butterfree, who gains access to G-Max Befuddle.