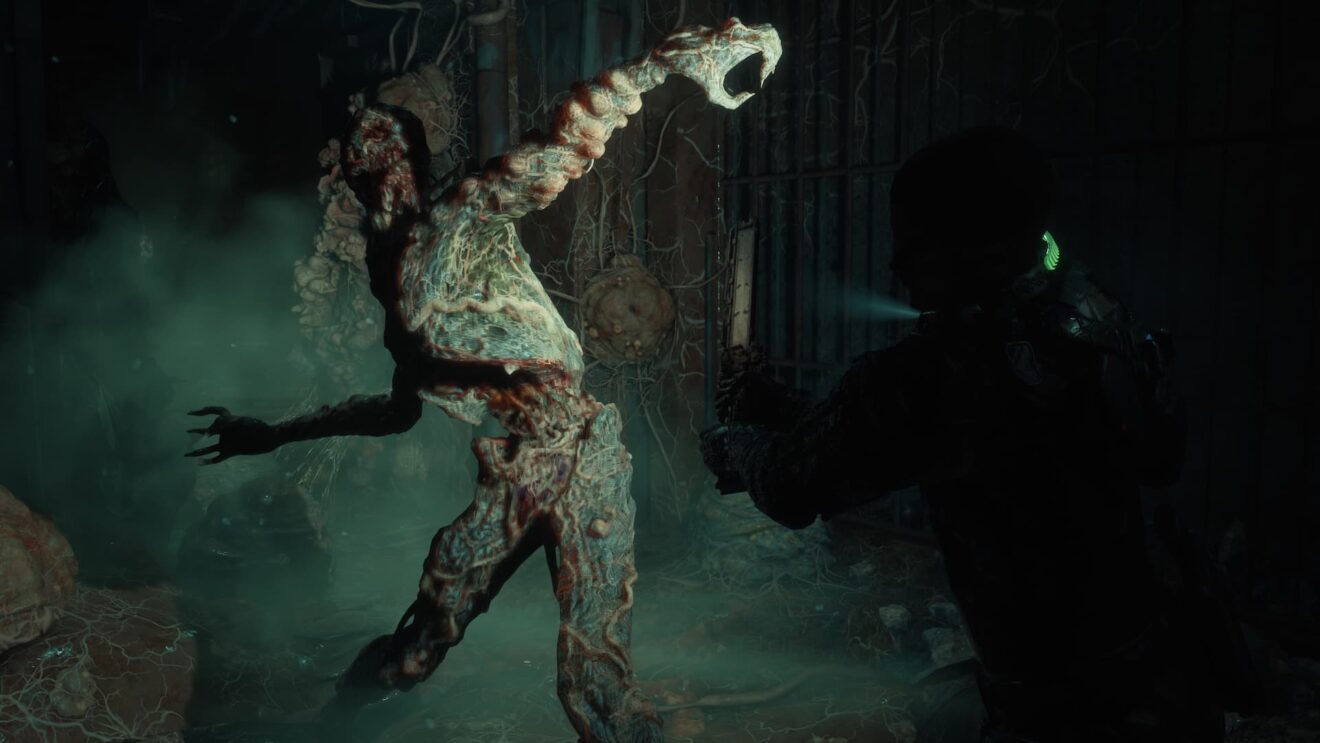 Striking Distance Studio has released a new trailer for The Callisto Protocol that focuses on the game’s setting, Black Iron Prison.

Something’s rotten in Black Iron Prison, and we’re not just talking about the tentacle-wielding, corpse-controlling biophages that have taken over. (Though surely, it must smell pretty bad there.) No, there are secrets and mysteries afoot, and Josh Duhamel and The Boys‘ Karen Fukuhara have to uncover them . . . or die! (Maybe even both.)

If previous Callisto Protocol trailers somehow didn’t remind you of the original Dead Space, which director Glen Schofield also created, then this one surely will. There’s even a fun reference to Schofield’s previous franchise scrawled in blood on the wall in this most recent trailer. Shoot their something something.