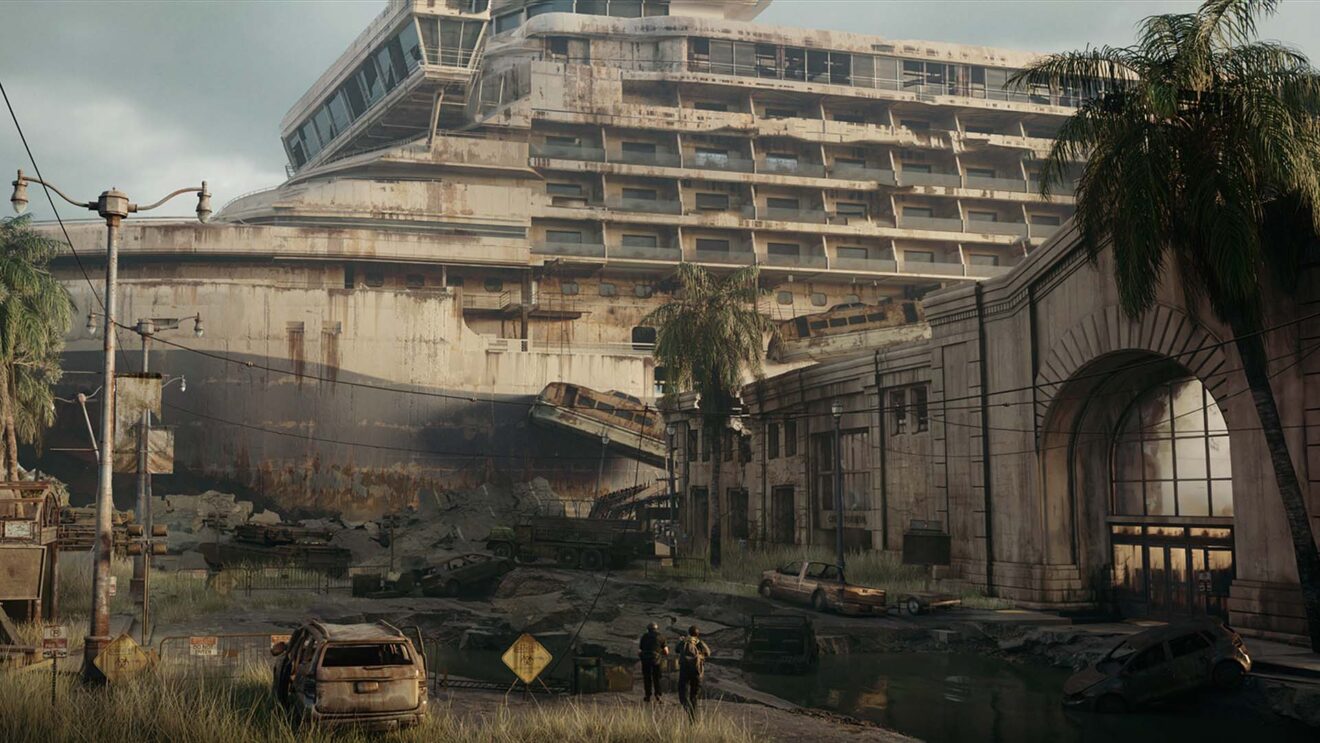 Naughty Dog has released another teaser image for its upcoming multiplayer title set in The Last of Us universe, confirming that it still plans to reveal more about the game this year.

The new piece of concept art portrays a cruise ship that’s run aground and most likely full of clickers. The nearby terminal pictured looks incredibly similar to Pier 35, which is located in San Francisco’s Embarcadero along the waterfront. Previous concept art indicated that the game was set in San Francisco, thanks to iconic locations like the Golden Gate Bridge and the Transamerica Pyramid appearing in the background.

The image comes from a blog post by Naughty Dog co-president Neil Druckmann celebrating the upcoming 10th anniversary of the franchise. In addition to the television adaptation of The Last of Us premiering on January 15th and The Last of Us Part I launching for PC on March 3rd, Druckmann also stated that “later this year we will begin to offer you some details on our ambitious The Last of Us multiplayer game.” Will we see a full reveal trailer in June, when the original Last of Us turns 10? That’s TBD.

For now, Druckmann confirmed who would be leading development on the game. The team consists of Last of Us Part II designer Vinit Agarwal, creative director Joe Pettinati, and lead designer Anthony Newman. They are some of Naughty Dog’s big guns, so it’s clear that this multiplayer game won’t just be a secondary spin-off title. Druckmann previously referred to it as Naughty Dog’s “biggest online experience” yet.