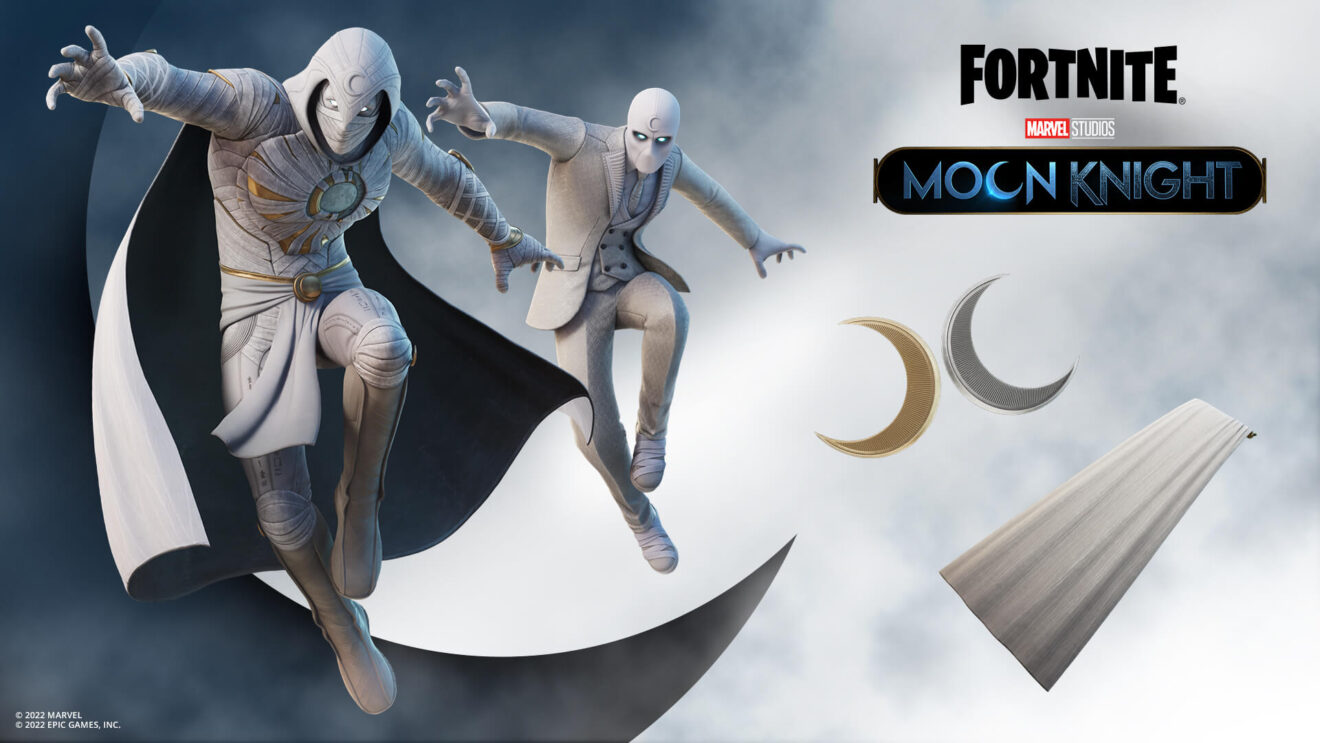 Marvel’s latest show Moon Knight has found its way into Fortnite with the release of the Moon Knight Outfit.

Starting today, players can visit the Item Shop and purchase the Moon Knight Outfit with its included Mr. Knight Style and Moon Knight’s Cloak Back Bling. Also available is the Crescent Darts Pickaxe.

Earlier this week, Epic Games released a new update for Fortnite that introduced the new Ranger Shotgun and brought the fight between the Resistance and IO to Coney Crossroads. Additionally, the Covert Operation quests go live tomorrow, which will reward a new pickaxe upon completion.