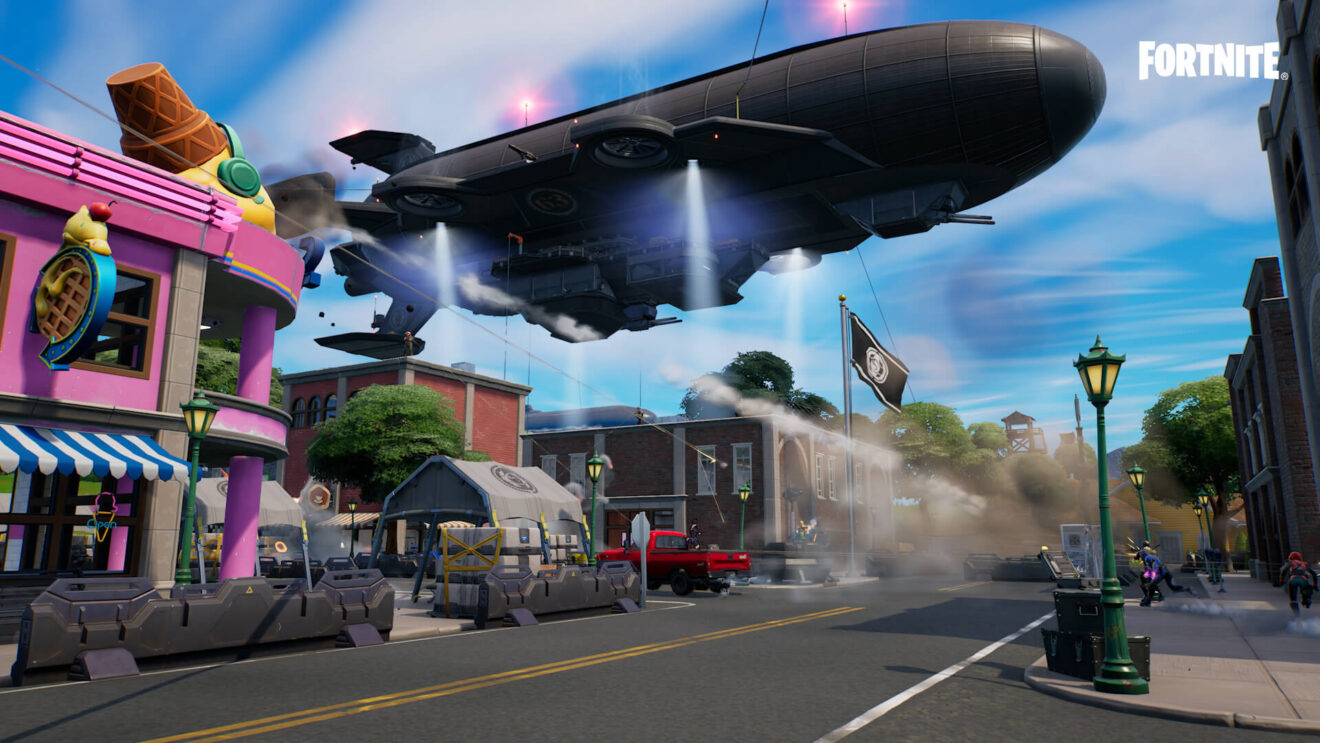 Epic Games has delivered a new update for Fortnite that adds a new weapon and moves the fight between the Resistance and IO to a new location.

Additionally, the fight between the Resistance and IO has moved to Coney Crossroads and players can vote between bringing back either the Boogie Bomb or Rift-to-Go.

Players can also help The Origin complete a Covert Operation in the Zero Build mode later this week. The first quest begins on April 22nd and players will have to complete both stages within the time limit to get the next quest. Complete all four quests to receive the Secret Sledge Pickaxe.