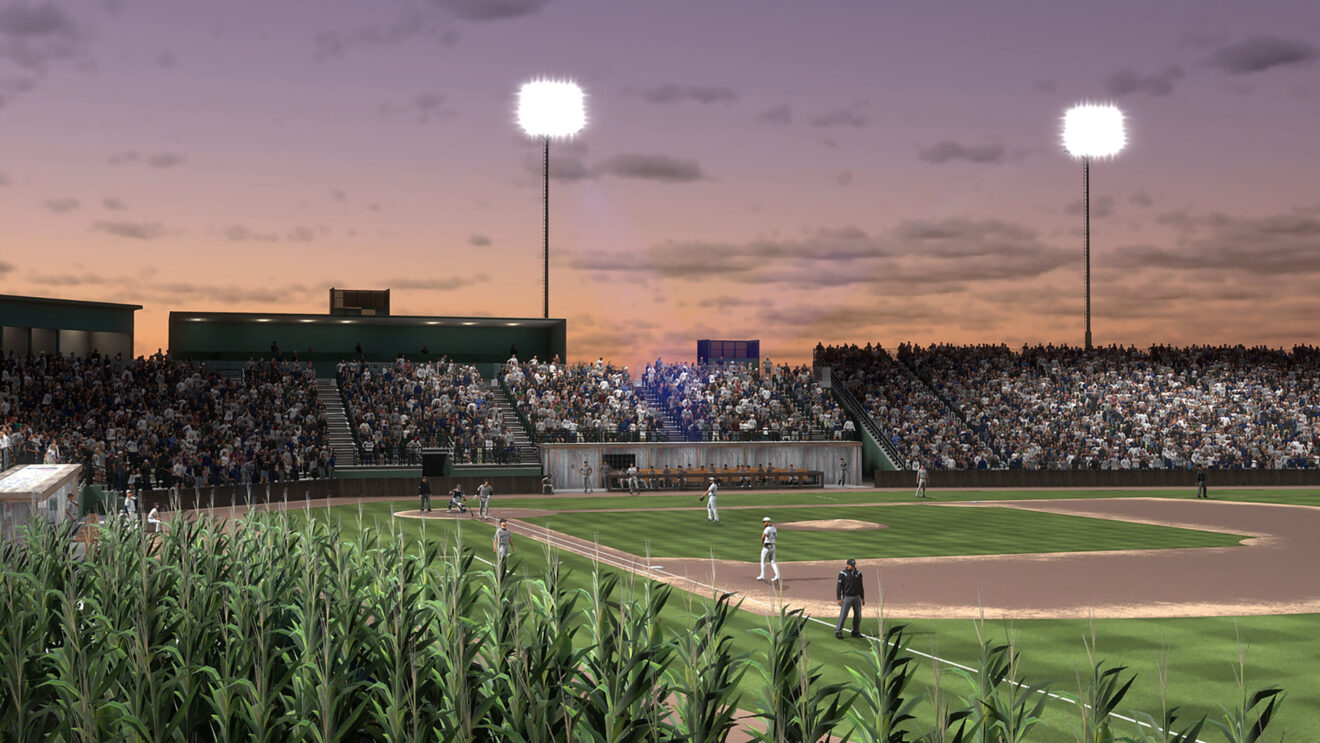 MLB The Show 21 is adding the Field of Dreams

Call of Duty isn’t the only franchise getting in on the ’80s movie crossovers. Sony San Diego has announced that MLB The Show 21 will get a free update this week adding the Field of Dreams from Field of Dreams, that classic film in which Kevin Costner builds a baseball diamond on his corn farm for the ghosts of dishonest baseball players.

The addition isn’t due to some a sudden burst of nostalgia for the 1989 movie among the team at Sony San Diego. On August 12th, Major League Baseball will actually hold a game between the Yankees and White Sox at the farm where Field of Dreams was shot.This new update celebrates that event.

As such, the virtual Field of Dreams in MLB The Show 21 will actually reflect the new, larger baseball diamond built especially for the upcoming game, not the smaller field used as a filming location in the movie that today serves as a tourist attraction. You can take a look at the field, corn stalks and all, in the trailer below.

What’s even more interesting is the behind-the-scenes blog post detailing how Sony San Diego built the field. Interestingly enough, since the field was under construction while the studio built its own version, the developers had to rely on early artwork and the architect’s previous work, updating their version as the real one came together.

In addition to the new ballpark, MLB The Show 21 will also add a week of live content dedicated to the Field of Dreams. The update arrives on August 10th.