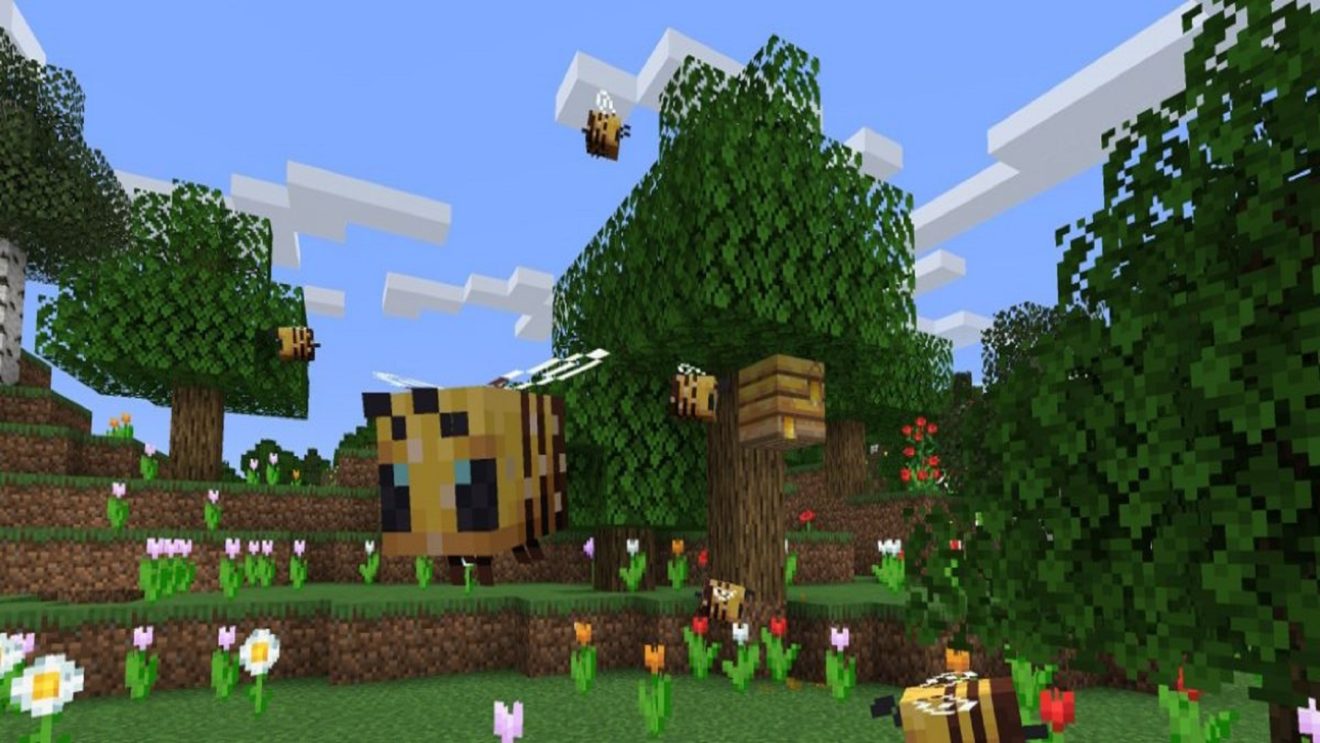 Mojang has released a new update for the Java Edition of Minecraft that introduces Bees to the game.

Bees are a neutral mob that will not attack unless attacked. If a bee does attack a player, it will leave its stinger in them and eventually die, dropping no loot. Bees can also help players grow crops and be bred by using flowers.

Accompanying Bees are new Bee Hives and Nests. Bee Nests spawn naturally in the game world in Flower Forests, Plains, and Sunflower Plains biomes and will offer increased levels of honey as bees return to them. While Bee Hives are crafted by players using honeycomb and planks and will also offer increasing levels of honey. Players can use shears on a Nest or Hive when at full honey to get a honeycomb or a bottle to get a honey bottle.

Honeycomb can only be used to create more Hives, but a honey bottle can be drunk or crafted into sugar.

Read the full patch notes for the latest update here.

In other news, Mojang recently announced the cancellation of its Super Duper Graphics Pack for the Xbox One and Windows 10 versions of Minecraft.