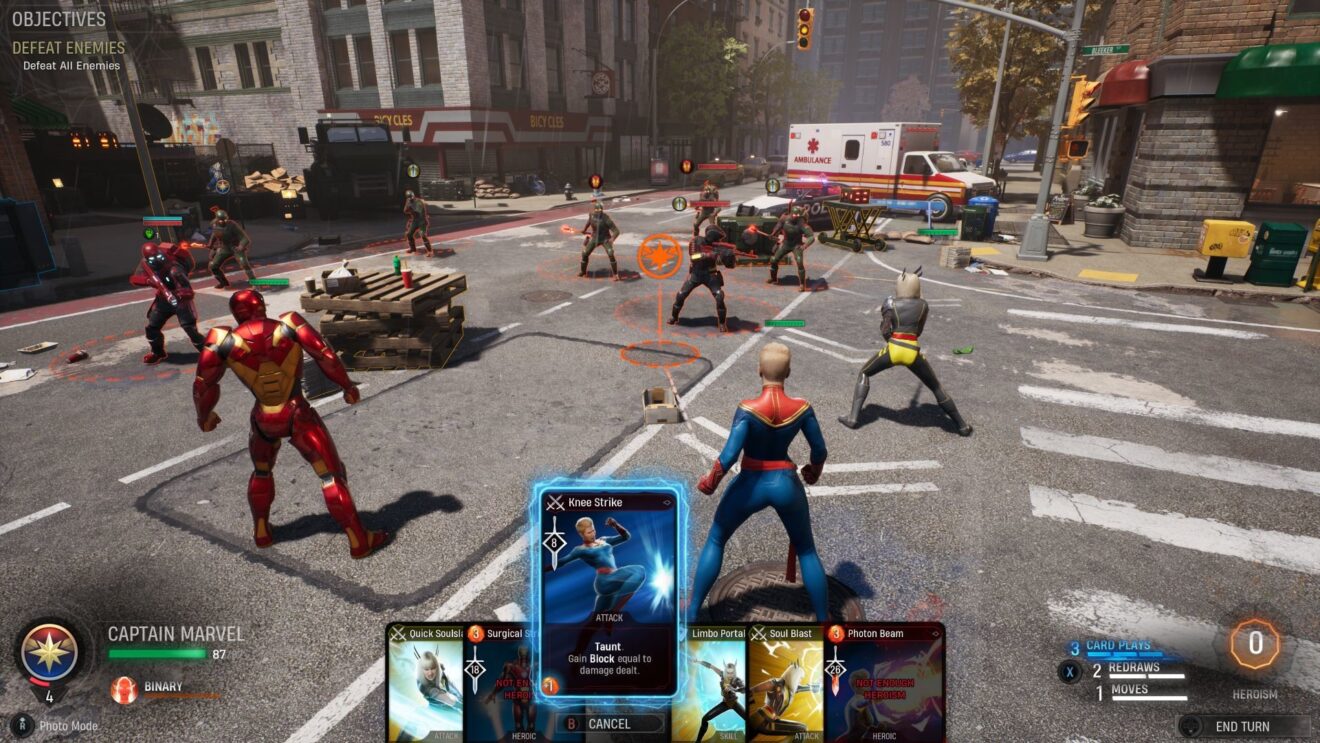 Marvel’s Midnight Suns gameplay trailer is all about Captain Marvel

2K has chosen to put the focus on Captain Marvel for the latest entry in its gameplay showcase series for Marvel’s Midnight Suns.

Carol Danvers has her own dedicated Binary meter, which is filled by playing Captain Marvel cards. Once filled, players gain a card called “Go Binary” that switches into the Binary state. In this stance, Captain Marvel’s offense is increased by 100 percent as long as she has Block.

Captain Marvel also has access to passive called Didn’t Feel A Thing, which has a chance to grant a free Counter upon defeating an enemy. The passive can be unlocked and upgraded when Carol and the game’s protagonist, Hunter, spend time together.