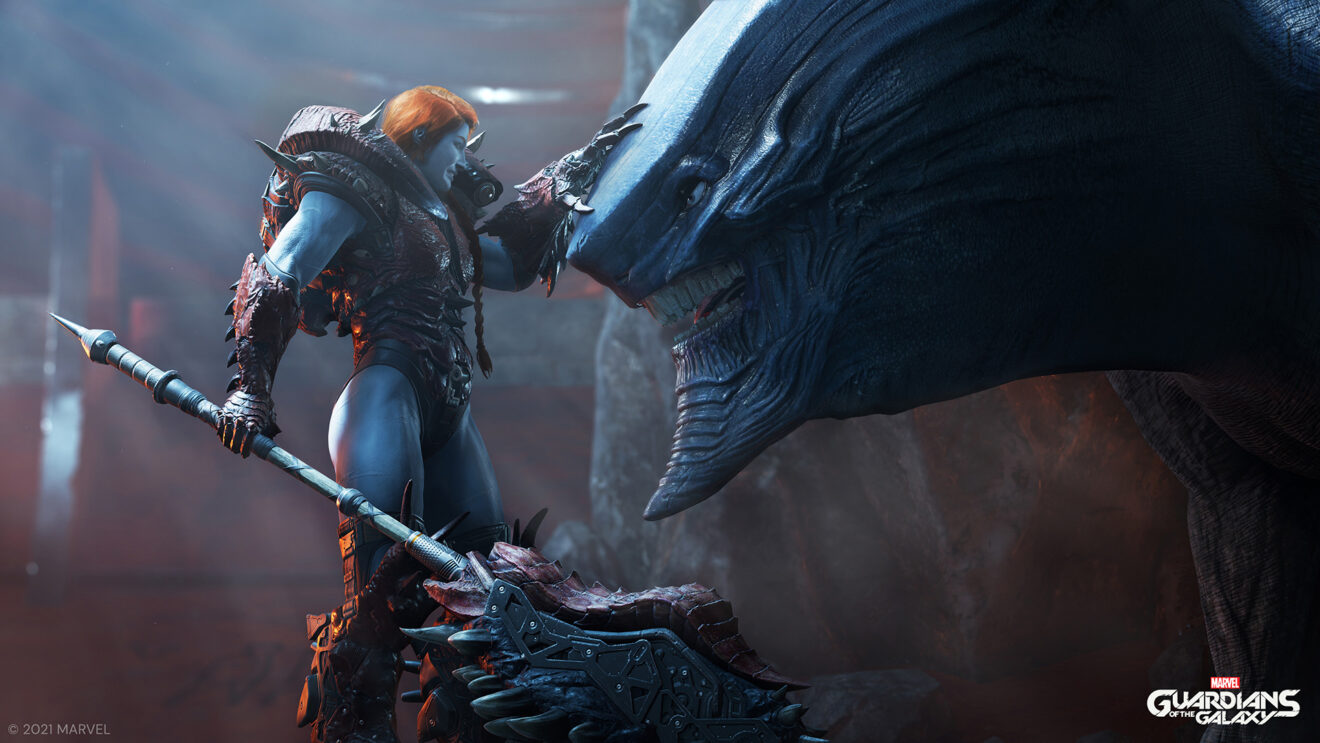 In our first look at Marvel’s Guardians of the Galaxy since the E3 reveal, Square Enix and Eidos Montreal have debuted a new trailer focused on the villain—or at least one of the villains—of the game, Lady Hellbender.

The three-minute clip, featuring a cinematic from the game, offers our most detailed look yet at Hellbender. Her design in the game is, it must be said, extremely metal. She’s got clawed armor that looks like it’s been made from some sort of alien carapace, and she wields a massive hammer. Also, she tall. Not Lady Dimitrescu tall, but pretty darn tall.

Plot-wise, Hellbender collects exotic creatures from throughout the galaxy, and the Guardians are trying to con her to make some quick cash. Hellbender also appears to have a thing for Drax, and Star Lord encourages his fellow Guardian to flirt in one of the game’s player-driven choices within the trailer.

A little less obvious in this trailer is the humor, which featured much more prominently in the E3 footage. Still, there are a handful of chuckle-worthy lines. Check out the trailer for yourself below.

If you’d like a bit more context, there’s also a second version of the trailer with developer commentary. There’s not a ton of new info to go off of, but it’s a great refresher if you haven’t been following the game that closely.

Lady Hellbender is actually a relatively new character to the Marvel Comics canon, making her debut in 2015. The developers have mentioned a few times that this marks her first appearance outside of the comics page, so they essentially defined how she’s look, move, and sound in three dimensions. It’s neat, and hopefully a sign that the rest of the game will bring some unexpected faces our way.

Marvel’s Guardians of the Galaxy arrives on PlayStation 5, Xbox Series X/S, PlayStation 4, Xbox One, Windows PC, and GeForce Now on October 26th. A cloud version will be available on Nintendo Switch the same day.