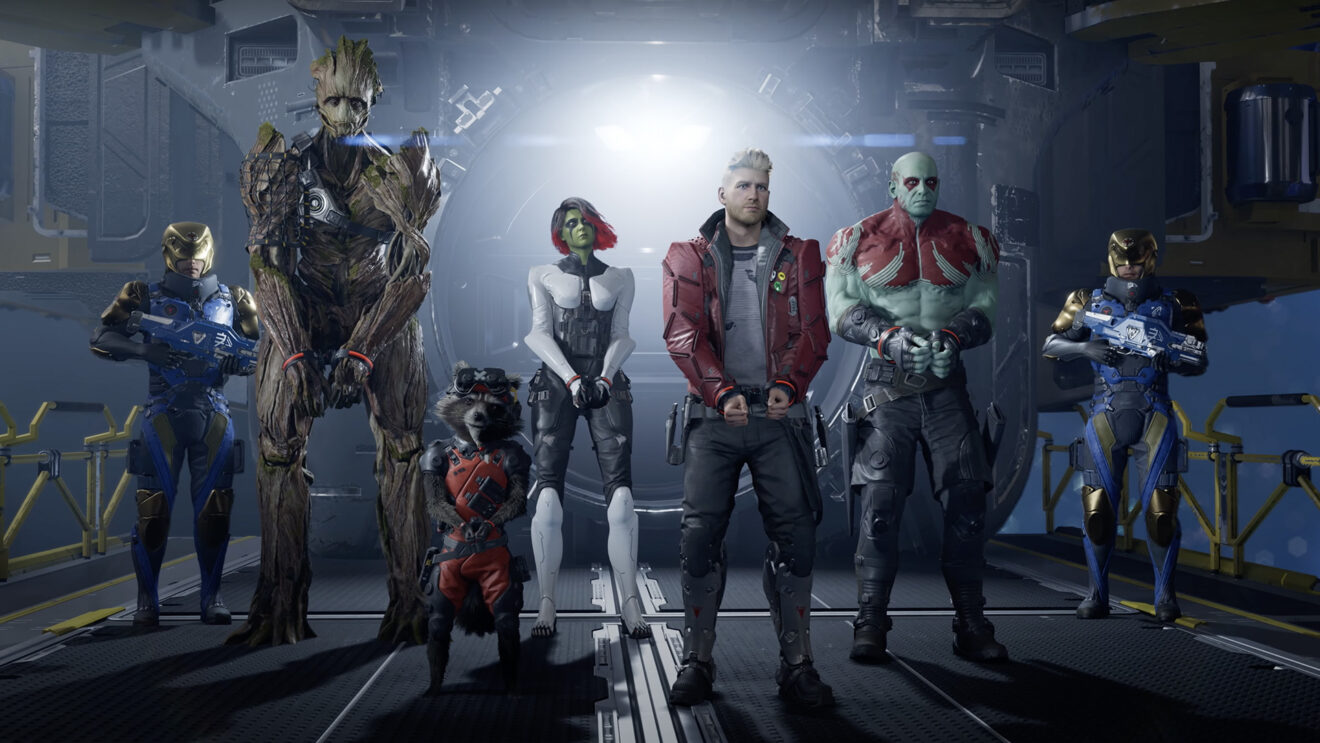 In a new dev diary, Marvel’s Guardians of the Galaxy art director Bruno Gauthier-Leblanc reveals the origins behind the designs of the five main characters, and there are a few interesting tidbits here.

What’s particularly interesting is how the team settled on its version for Peter Quill, which extends to more than just his outfit. In an ingenious twist, the team decided to give “Star-Lord” a deeper meaning than a cool name he thought up for himself. Instead, it was the name of his favorite metal band as a kid on Earth in the ’80s. Thus, he wears a jacket with their logo on the back and one of their pins on the front.

It’s not entirely clear whether Quill decided to call himself Star-Lord, or if he simply embraced the term after others misinterpreted the jacket, but it’s still a pretty neat way to justify a silly superhero name. Even more so, when you consider that everyone else in the Guardians just uses their, you know, names.

Gauthier-Leblanc says that decision informed the rest of the character design, which he sums up as a “space metal” look.

Also neat is the approach to Drax. The team decided to give him circular tattoos representing each battle he’s won, and then extend that circular motif to the architecture on his home planet. (We also get a glimpse of said home planet here, so it sounds like we’ll be making a stop there in the game.)

The dev diary also delves into the origins of the designs for Groot, Rocket, and Gamora, but there aren’t really any huge insights there. Groot has more armor plating for a kind of mech look, Gamora drew inspiration from a particular comics look, and Rocket is, well, a raccoon with a gun.

You can check out the full trailer for yourself below.

In other Guardians news, we also recently got a closer look at one of the game’s villains, Lady Hellbender.

Marvel’s Guardians of the Galaxy arrives on PlayStation 5, Xbox Series X/S, PlayStation 4, Xbox One, Windows PC, and GeForce Now on October 26th. A cloud version will be available on Nintendo Switch the same day.