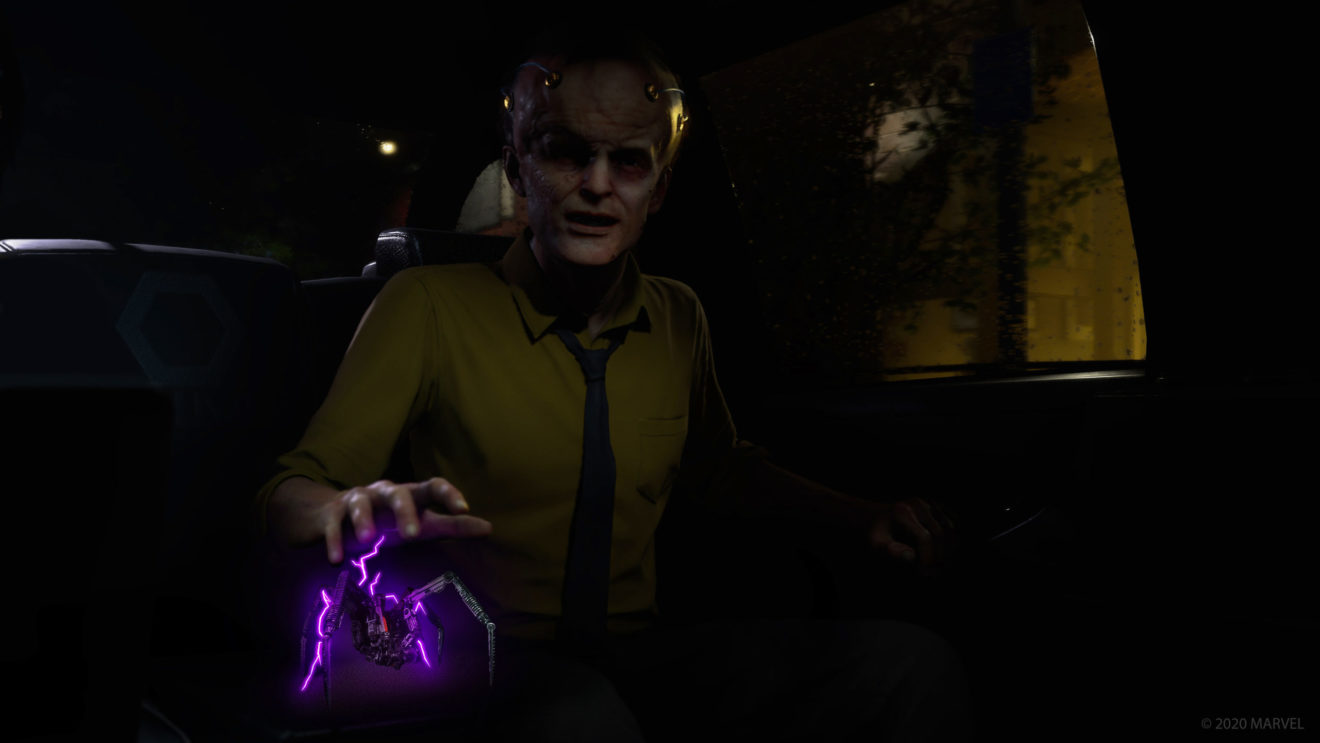 Square Enix has come out blasting with an in-depth new look at Marvel’s Avengers. The 25-minute War Table broadcast offers perhaps our deepest look yet at the ambitious superhero game, with tons of new gameplay footage, new details on the story, and a deeper look at some of the mechanics that will bring the superteam to life.

Of course, no superhero story is complete without a supervillain, and we finally have official confirmation of who the Avengers will be going up against in the game: M.O.D.O.K.

In the comics, M.O.D.O.K. (most commonly short for Mental Organism Designed Only for Killing) was originally an Advanced Idea Mechanics scientist named George Tarleton, transformed by experiments into a weird, evil, floating head thing that eventually seizes control of A.I.M. It appears much of that backstory will apply to the new game, and we’ll event get to see Tarleton’s full transformation, though there do appear to be a few key differences.

As we’ve already seen, the opening of Marvel’s Avengers finds the superhero team unable to stop a massive disaster above San Francisco. When a helicarrier explodes over the city, the Terrigen crystal powering it explodes, seemingly killing Captain America and blanketing the city in Terrigen Mist. This mist transforms those exposed—Tarleton included—into superpowered Inhumans. The ensuing backlash causes the Avengers to disband, and A.I.M. to dedicate itself to eradicating all superpowers, Inhuman or otherwise.

M.O.D.O.K. will apparently start out as a normal dude, then turn into a normal dude with a creepy big head, and then into a floating dude with an even bigger head, though we don’t get a very good look at his final form in the trailer.

As you may recall, Marvel’s Avengers is broken down into two main mission types: Hero Missions, which are designed to let you play as a specific hero in single-player, and Warzones, missions where you can play as the hero of your choice and bring along your friends for co-op action. Square Enix debuted new gameplay footage of each mission type, starting with a lengthy video of Thor gameplay during the Hero Mission “Once an Avenger,” which seems to take place early in the story and mark the return of The Avengers to active duty.

The look at co-op was a bit briefer, but we still got to see plenty of combat, including the team-up moves that players can come together to execute once they’ve stunned larger enemy types. Judging by this trailer, it looks as though the Warzone missions will still feature plenty of big, cinematic moments.

If that’s not enough Avengers action for you, you can also check out the complete War Table broadcast. In addition to the above footage, the full version includes some additional shots of the menus and discussions of the skill trees and visual customization that will allow you to make each hero your own.

Marvel’s Avengers is due out on PlayStation 4, Xbox One, Windows PC, and Google Stadia September 4th. A next-gen version will launch on PlayStation 5 and Xbox Series X later this year, with a free upgrade available for those who own the game on current-generation consoles—though only within the same console family.