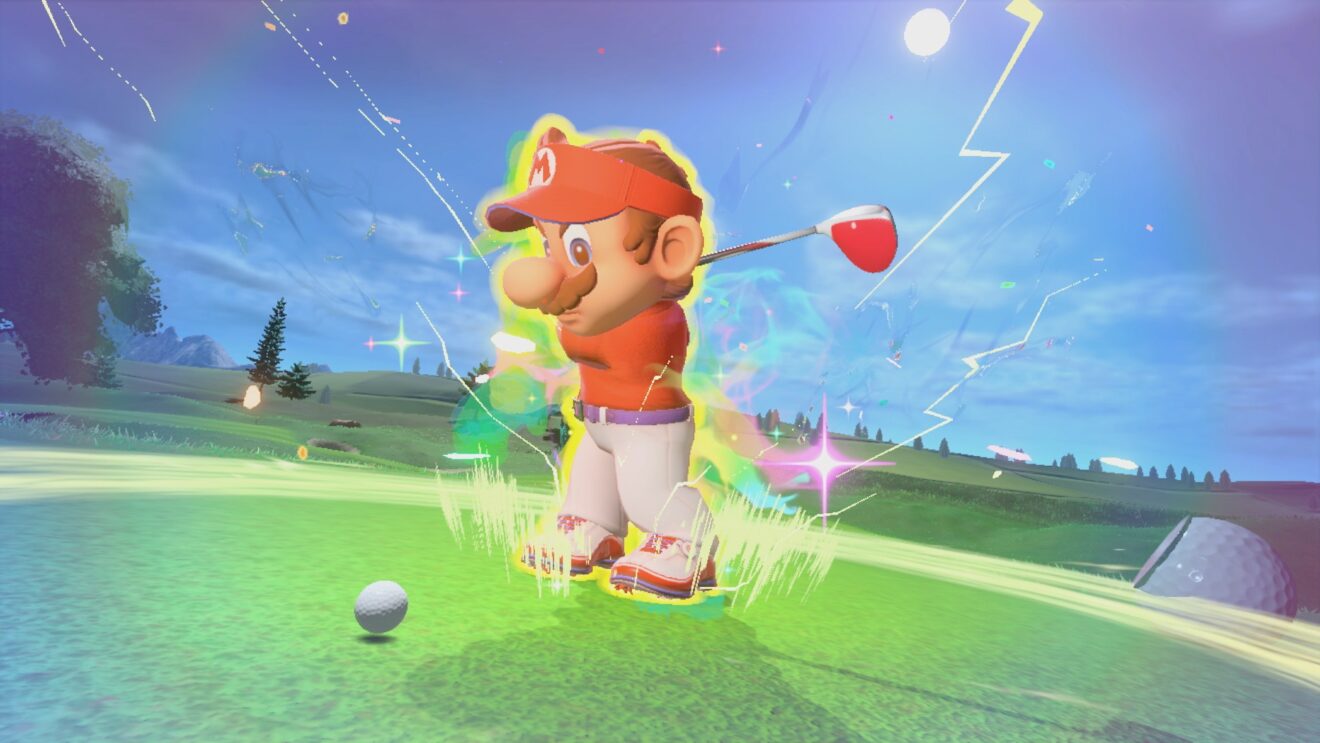 Nintendo has released an extensive overview trailer for Mario Golf: Super Rush that identifies all 16 starting characters and gives us our first look another new mode, Battle Golf.

The trailer also confirmed that each character will have specific stats: Power, Stamina, Speed, Control, and Spin. We saw this in the previous trailer in regards to the Story Mode and how players can upgrade their Mii avatar (which is technically the game’s 17th character).

We also get a better sense of how these stats will impact one of the game’s enhanced modes, Speed Golf. As seen in previous coverage, Speed Golf has up to four players golfing simultaneously, with players racing to their next lie as soon as they hit the ball. Stamina and speed obviously refer to how fast and how long each character can, but each character also has Special Dashes and Special Shots that they can use to get ahead of the competition. King Bob-omb’s special dash is getting carried by a legion of Bob-ombs. Mario’s Special Shot sends a devastating shockwave when his ball lands, which can scatter his opponents’ balls and ruin their lies.

In addition to Speed Golf, Super Rush will also introduce Battle Golf. This variation on Speed Golf takes place in a specific battle arena. Players will try to claim more holes than their opponents by sinking their balls first. Once a player wins a hole, no other player can go for that one.

Finally, the trailer showed us more of the game’s courses. Thankfully, Super Rush will include both standard links as well as the kind of fantastical courses that you’d expect from a Mario Golf title. Courses spotted in the trailer included a desert course that’s infested with Pokeys and a volcanic course. Other enemies spotted on courses include Whomps and Piranha Plants.