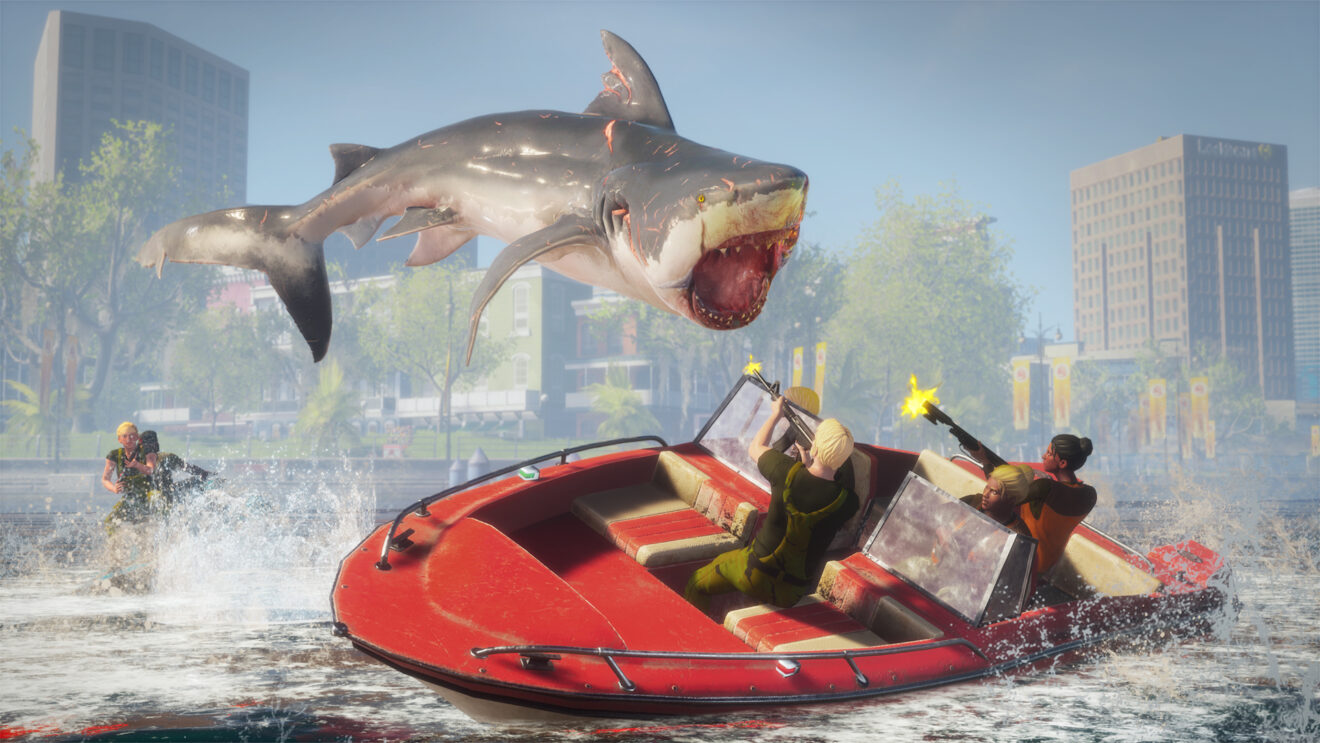 Maneater is getting DLC, and we’re pretty sure it’s not an April Fools joke

April Fools Day is the day when you have to be vigilant about any gaming announcement. So when a year-old game about a maneating, mutating shark reveals that it has DLC coming, you have to excuse us for being a little suspicious.

That being said, developer Tripwire Interactive did say back in January that it was going to reveal Maneater DLC “very soon,” so it might have just picked the most suspicious day to do so.

Anyway, Tripwire has finally announced DLC for its “ShaRkPG” Maneater. The DLC is called Truth Quest, and it’s bringing back investigative journalist Trip Westhaven (voiced by Rick and Morty‘s Chris Parnell) to dive deeper into the conspiracy surrounding the titular shark—a conspiracy that goes all the way to the top!

The DLC will add two new episodes to the game, as well as an entirely new region for you to explore. The level cap is now out 40, with 5 new organ evolutions and an additional slot unlocked when you fully level up your shark. The shark’s maximum size is also increased.

It won’t be a pleasant swim downstream, however. Truth Quest is adding new enemy types, including helicopters and military land forces, as well as a brand-new “Uber” Apex Predator to hunt. Bounty hunters will get new weapons and vehicles, and there are five new Bounty Bosses to rile up and then destroy. There are also a couple new objective types.

Truth Quest is launching this summer for $14.99 on all platforms where Maneater is currently available. The Switch version is launching around the same time, but the trailer didn’t indicate whether it would be getting the DLC. If you want to learn more about the base game, check out our review.