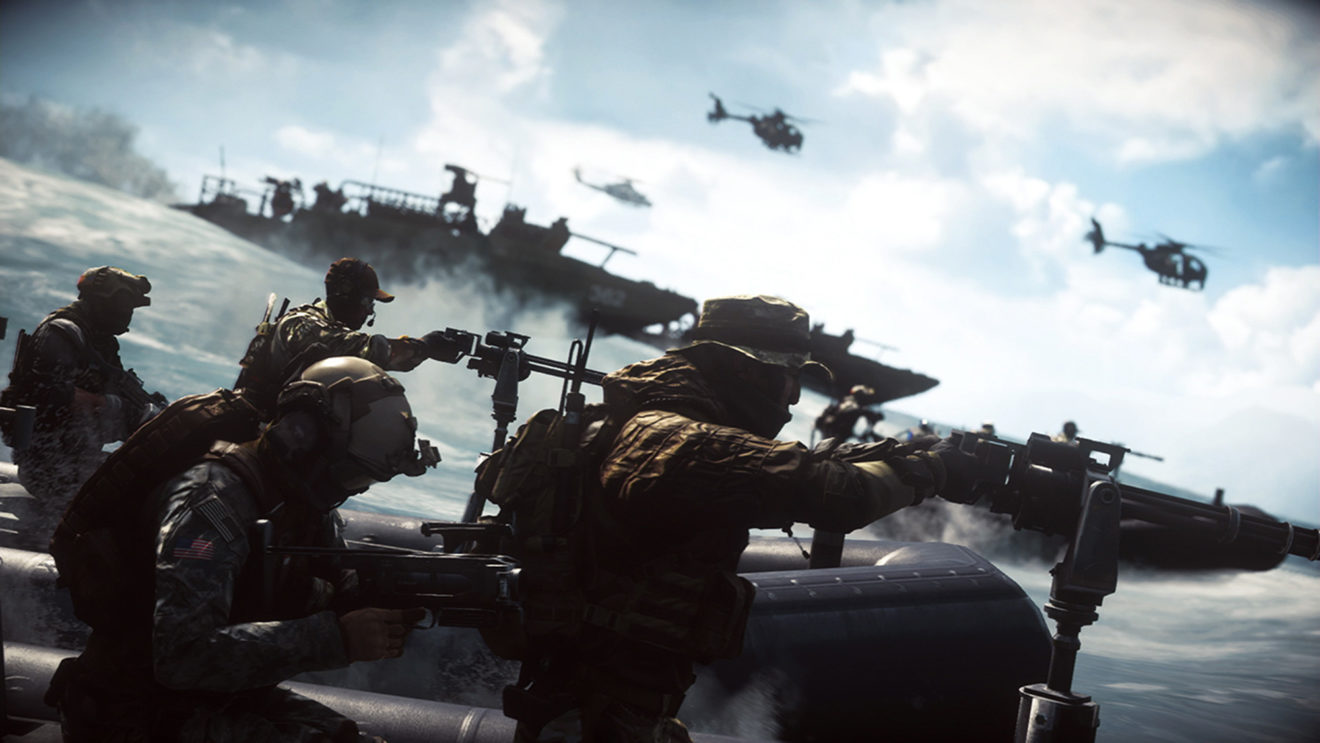 The latest Battlefield 2021 rumors from “leaker” Tom Henderson have allegedly supplied more details about the game’s campaign and setting.

According to recent post by Henderson, the next Battlefield will just be called Battlefield (without a numeral) and will take place a decade from now and will feature current prototype weaponry and vehicles. It will also feature military tools like Boston Dynamic-style robots and drones.

Henderson also gives further details about the game’s campaign, which will deviate from the series’ recent “War Stories” anthology format. Instead of following a set group of characters like in Battlefields 3 and 4, Battlefield 2021 will put players in control of a specialist team that both the U.S. and Russia will “recruit” throughout the story. Henderson states that “it would also appear” that the campaign will be fully playable in co-op.

The supposed leak also included a few more details about multiplayer gameplay. The game will once again have four character classes to play as, but in addition to specialized gadgets, these classes will each have their own Call of Duty-style perks. Previous Battlefield titles have used different passive perk systems—Battlefield V‘s Combat Roles and Battlefield 4‘s Field Upgrades—but this sounds like Perks will have a more active role in Battlefield 2021’s gameplay and class system.

Finally, the reveal trailer, which is expected to arrive in May, will not feature any actual gameplay or multiplayer. As with most leaks, Henderson did not provide any sources for these rumors.

What’s really interesting is that these rumors come after a different set of rumors took over the “Battlefield 6” subreddit this past weekend. That supposed leak claimed that the next Battlefield, though mostly based in a more modern military setting, would also act as a hub for players to experience previous Battlefield games like 1942 and Bad Company 2 and create custom game modes that could mash-up weapons and vehicles from different games. Henderson, as well as other Battlefield “insiders,” have refuted those rumors, however.

Of course, without confirmation from EA, these are strictly rumors at the moment. What we do know is that the next Battlefield is on track to realize its holiday 2021 launch window. Not only has the main DICE office put all its developers to work on the game after pulling them from Battlefield V and Star Wars Battlefront II, but DICE LA and Need for Speed studio Criterion are both throwing in as well. EA has not confirmed that the reveal trailer will debut in May, just sometime in the spring.