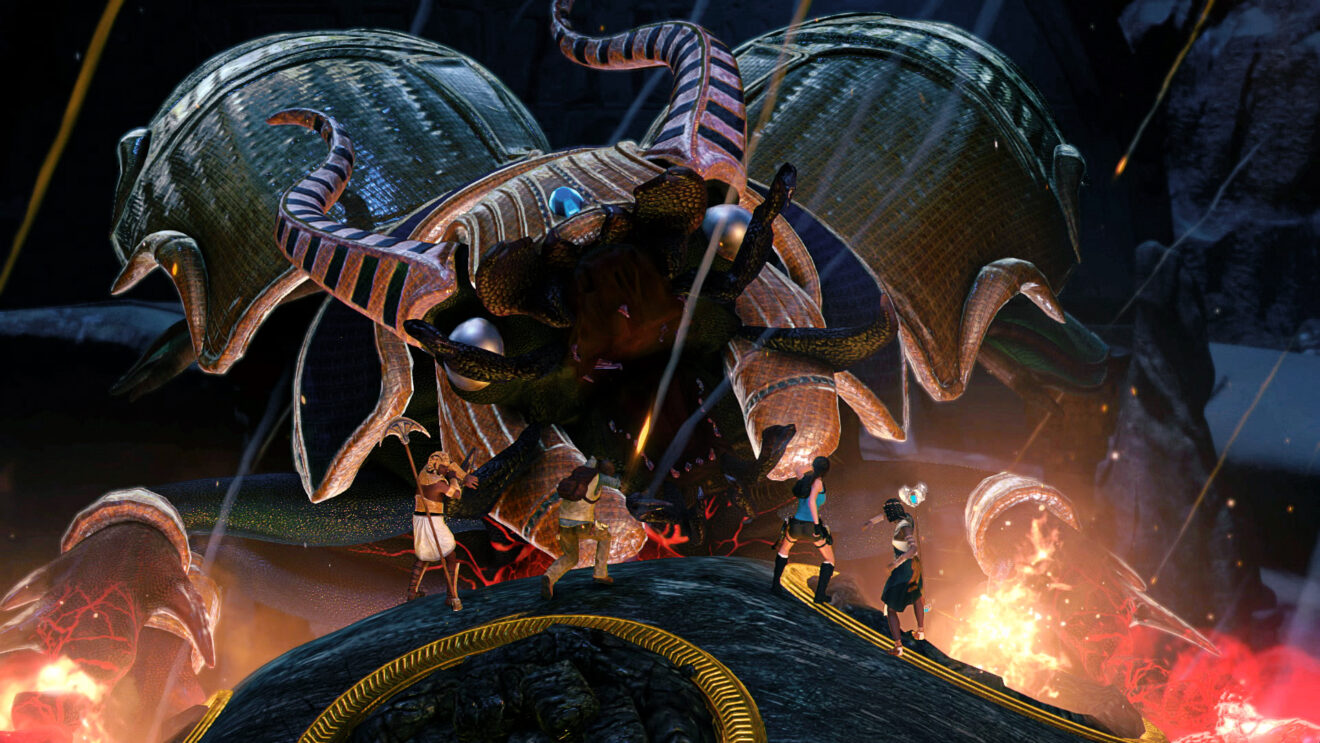 The Guardian of Light is an isometric action-adventure game in which players will face off against a myriad of undead warriors as they explore the dense jungles of Central America and solve puzzles. While its sequel, Temple of Osiris, is set in the deserts of Egypt and sees Lara teaming with rival treasure hunter Carter Bell and imprisoned gods Horus and Isis to defeat the evil god Set.