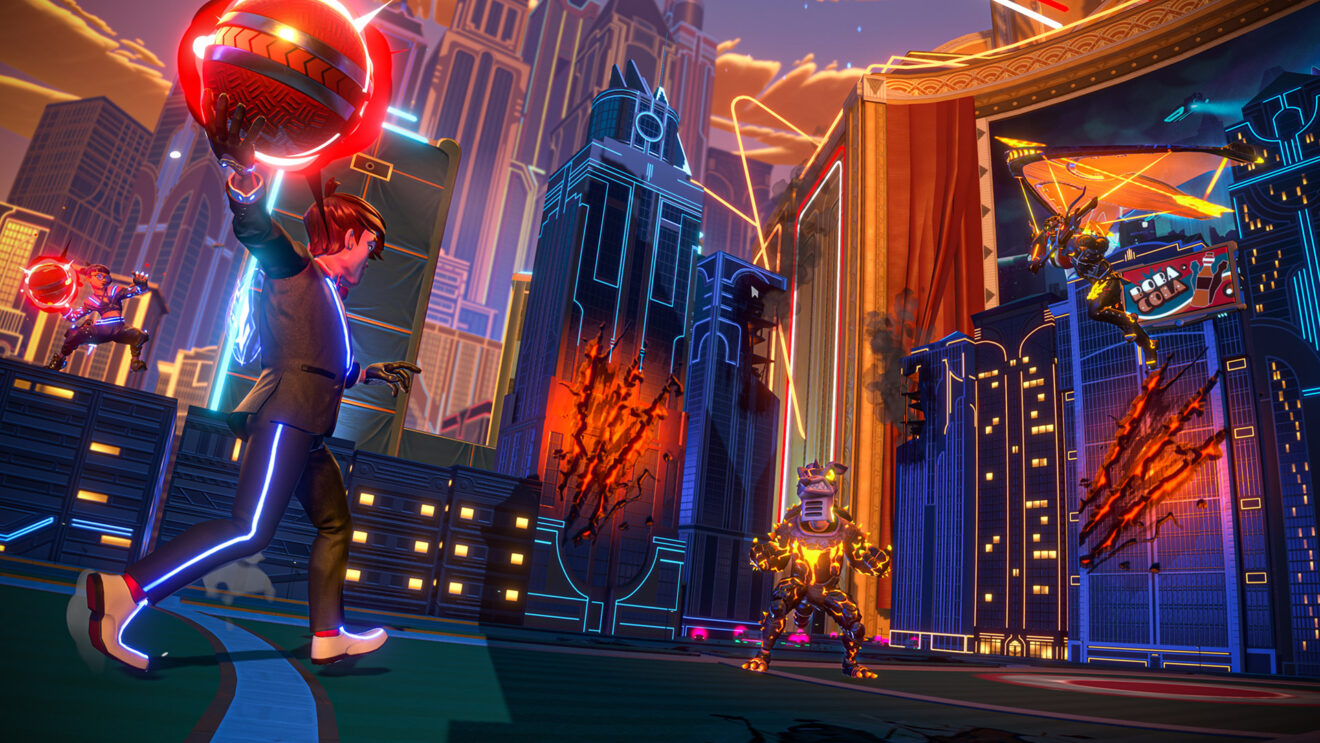 The free-to-start “dodgebrawl” phenomenon Knockout City is getting its previously teased second season, and it’s taking players to the movies.

Revealed during EA Play Live 2021, “Fight at the Movies” will introduce a new map and a new special ball, as well as all new playlists and cosmetics, and a new season of League Play.

The new map, Hollywood Drive-In, will feature an ever-changing field of scenes from different genres of movies in real-time. It matches perfectly with the new Soda Ball, which will cover your opponent’s screen in the sticky stuff if you land a hit on them with it.

Season 2 of Knockout City launches on July 27th for Xbox One, PlayStation 4, Nintendo Switch, and PC, as well as Xbox Series X/S and PlayStation 5 through backward compatibility.