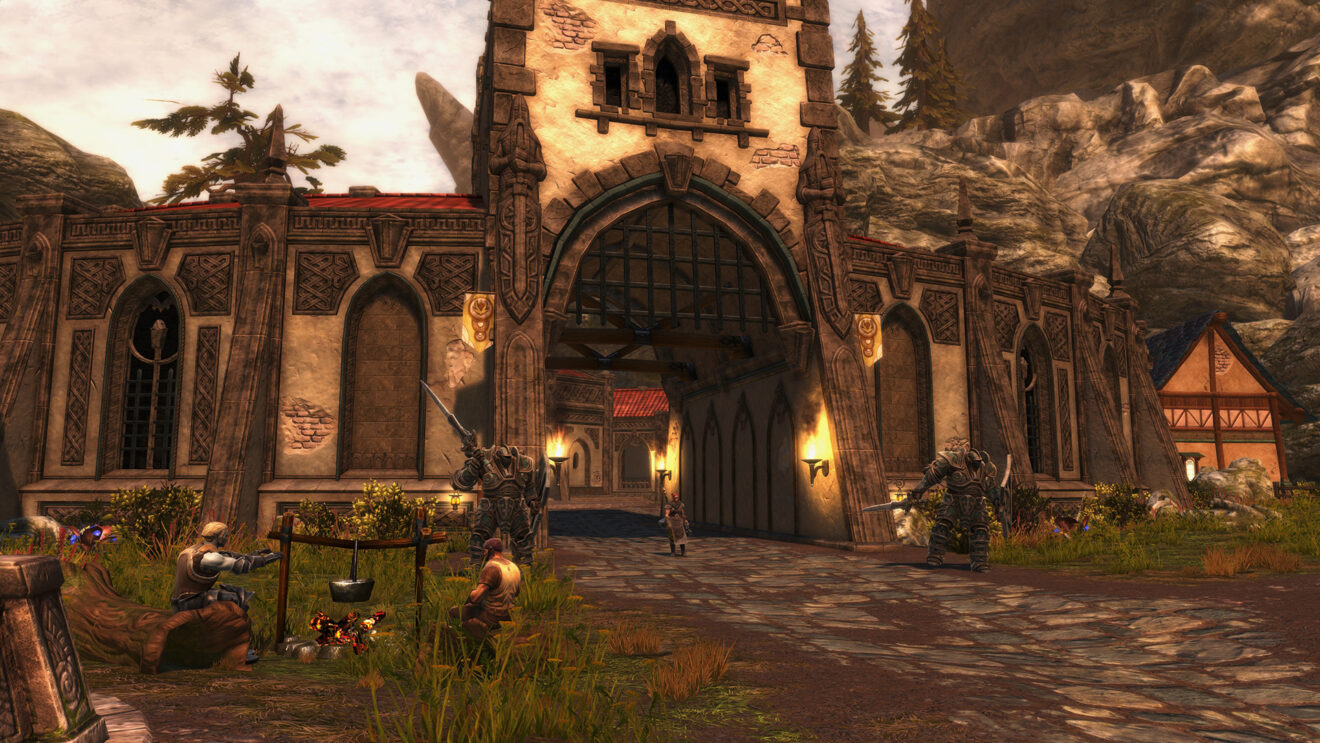 THQ Nordic has announced a release date for Fatesworn, the expansion to Kingdoms of Amalur: Re-Reckoning. It’s out on December 14th.

The news came via a new trailer, which sets up the expansion’s story using stylized 2D animation.

Re-Reckoning, which launched in September 2020, is a remaster of the 2012 fantasy RPG Kingdoms of Amalur: Reckoning with all of its original DLC included. But as announced last year, Fatesworn is an original creation exclusive to this new release, making it the first new Amalur content in almost a decade.

Here’s the official synopsis from THQ:

Journey to a brand new Amalur environment filled with snowy tundras, deep caverns, and treacherous enemies, and visit mountain villages and the ancient lakeside city of Crownhold. Master the unstable power of Chaos with a unique new non-combat Skill tree and class of weapons and armor. As the fabled Fatesworn, you will wage a last battle against the Niskaru and their Chaos brethren, as procedurally generated Chaos dungeons turn every region in Kingdoms of Amalur: Reckoning into a potential battlefield.

Among the other big features players can expect are a new six-hour campaign, a higher level cap, and a soundtrack from composer Grant Kirkhope.

Kingdoms of Amalur: Re-Reckoning is out now on Nintendo Switch, PlayStation 4, Xbox One, and Windows PC, but it’s unclear whether Fatesworn will launch on December 14th everywhere. While the release date trailer includes logos for all four platforms, THQ Nordic’s press release about the date leaves off Switch. The expansion will cost $20, but you can also pick up a bundle with the base game for $55.