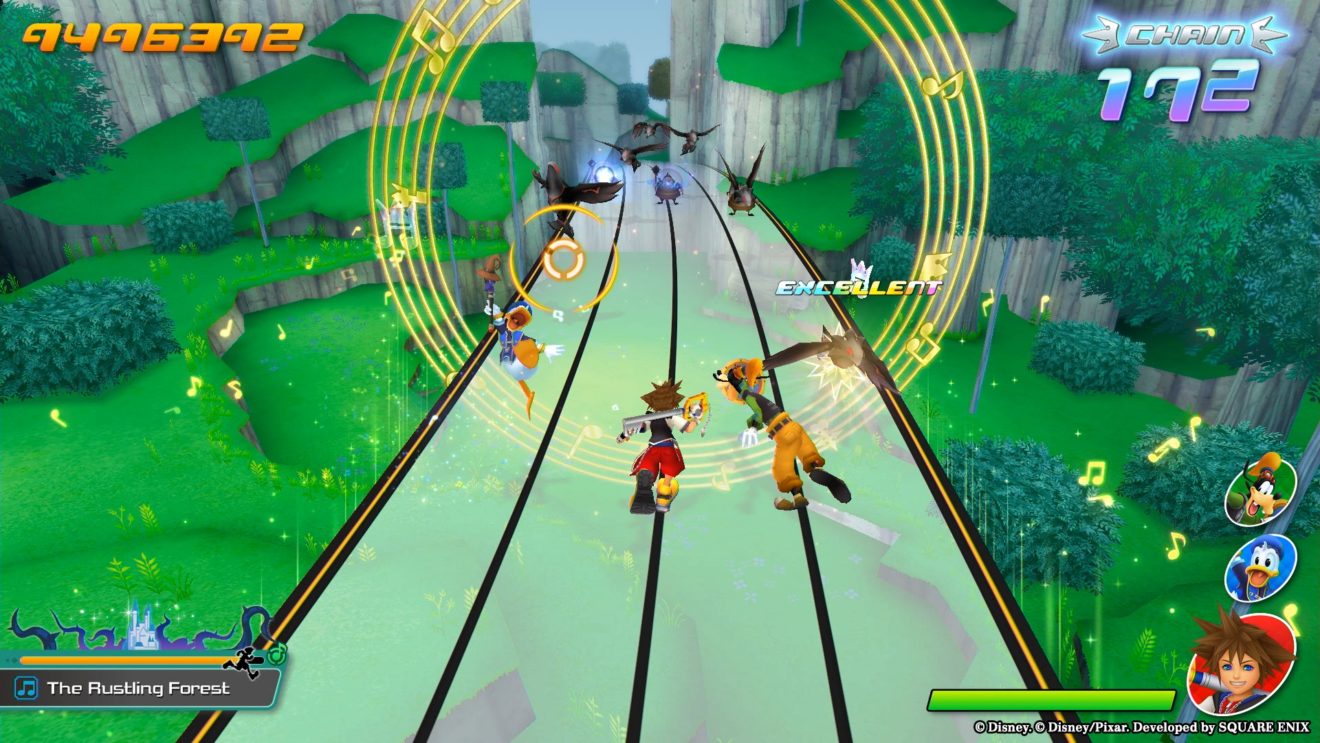 A demo for Kingdom Hearts: Melody of Memory is now available to download on Xbox One, PlayStation 4, and Nintendo Switch.

The demo lets players experience four tracks solo in the Field Battle mode as Sora, Donald, and Goofy, as well as two co-op tracks, for a total of six. The following songs are available in the demo:

Each of the above songs can be played across a variety of difficulty levels using three different playstyles. First is Basic mode, which splits attack, jump/float, and special actions to different buttons, while the One Button mode maps every action to a single button press. Finally, there’s a Performer mode that includes extra targets on each track and uses more buttons on the controller.