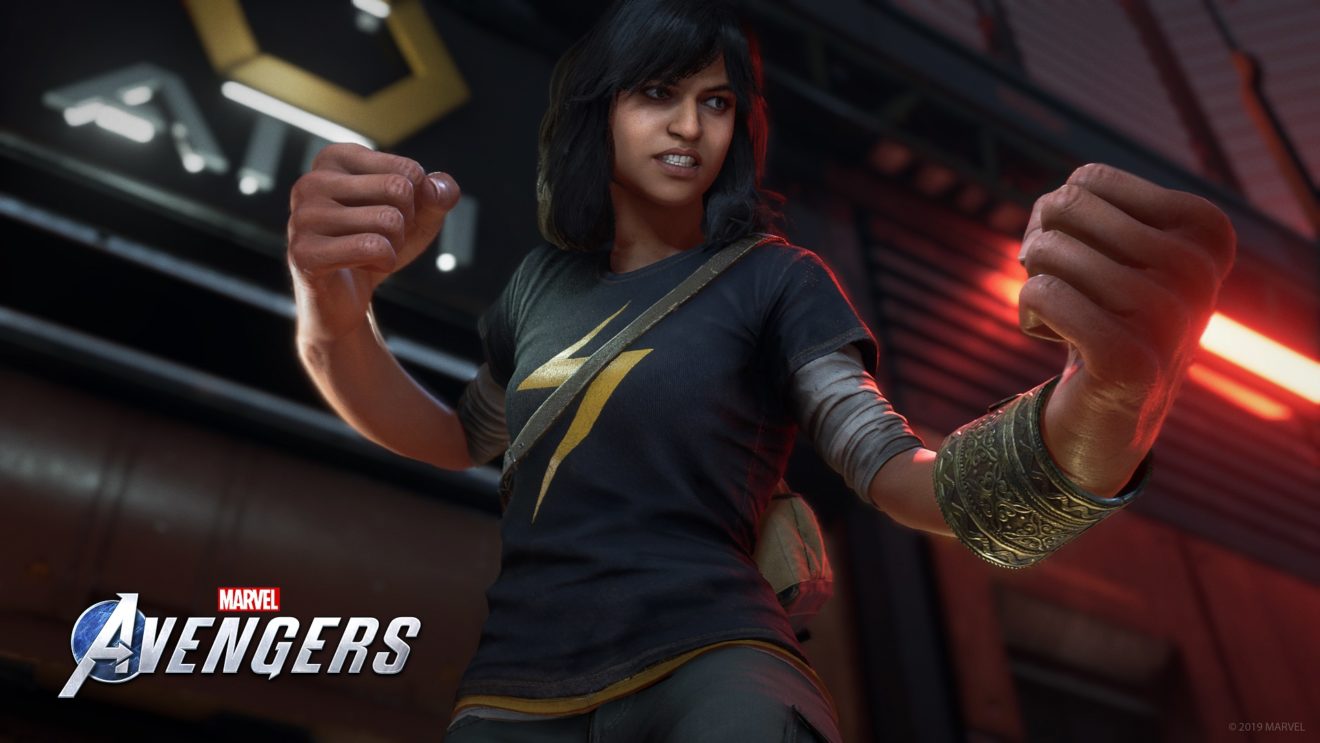 Square Enix and Crystal Dynamics revealed during New York Comic Con 2019 that Kamala Khan, aka Ms. Marvel, will be playable in Marvel’s Avengers.

Kamala Khan gains her powers during the events of A-Day. Following this, she discovers that a secret organization, Advanced Idea Mechanics (AIM), set up the Avengers and embarks on a mission to reunite them. See Khan in action below:

“An optimistic fan girl of the Avengers, Kamala Khan is the perfect character for the story we’re telling in Marvel’s Avengers,” Shaun Escayg, Creative Director and Writer at Crystal Dynamics, said. “Telling our story of Kamala’s coming-of-age brings a fresh, hopeful perspective to the gameplay experience and her unique abilities as Ms. Marvel make her a character every person can relate to and will want to play. Kamala Khan is one of the unique characters that makes our game stand apart from any Avengers story experienced before.”

“Kamala is an inspired and perfectly fitting choice to join the ranks of, and reassemble, Earth’s Mightiest Heroes,” Bill Rosemann, VP of Creative at Marvel Games, added. “Perhaps more than any other character invented over the past decade, Ms. Marvel has not only charmed the hearts of longtime True Believers, but her unique mix of classic Marvel heroic elements and modern cultural relevancy has resulted in a headline-generating cultural icon.”

Marvel’s Avengers is scheduled to release May 15th, 2020 for Xbox One, PlayStation 4, PC, and Google Stadia.