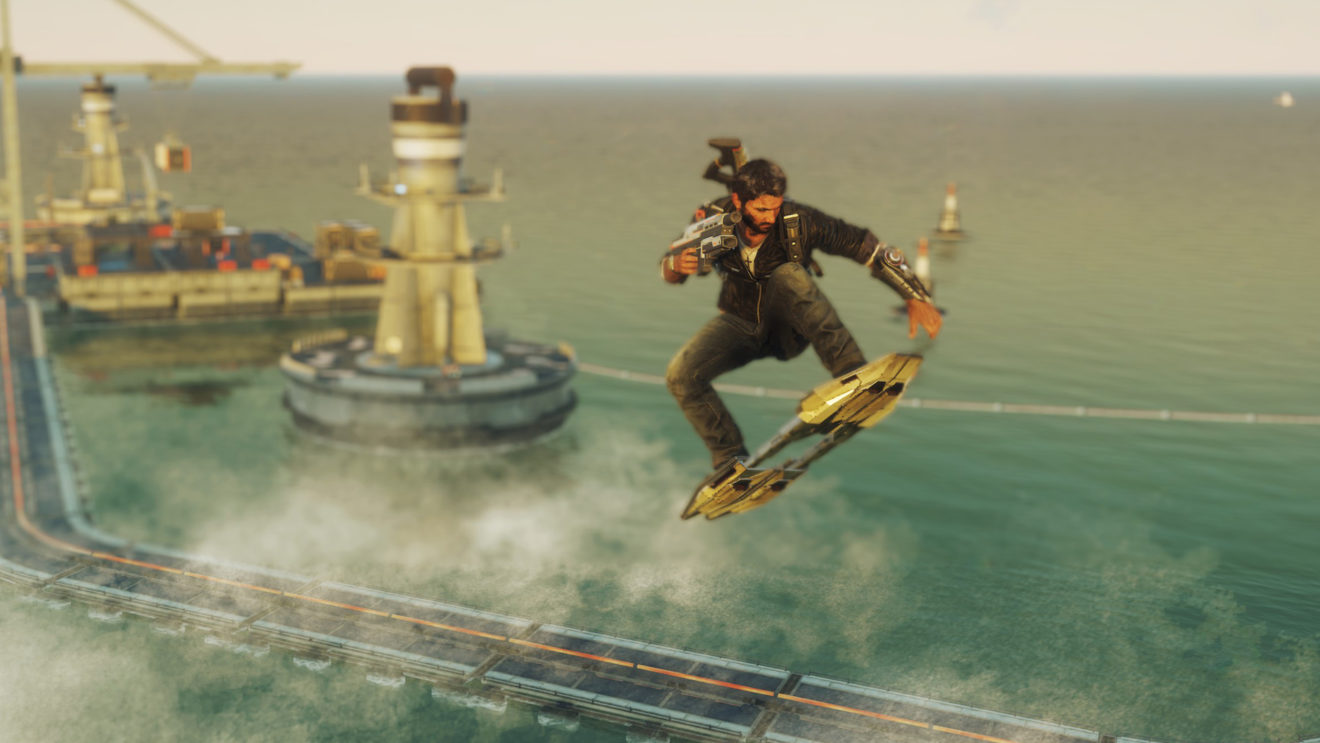 Square Enix has announced that Just Cause 4’s next DLC, Danger Rising, will be released on August 29th for owners of the game’s Gold Edition and Expansion Pass. Everyone else will be able to access it on September 5th.

In Danger Rising, Rico learns of The Agency’s plans to eliminate him and Sheldon and decides to head out to an Agency submarine that has appeared off the coast to take the fight to them. Watch a debut trailer for the DLC below:

The big new addition in this upcoming DLC is the hoverboard, which lets players ride across the ocean and grind along rails. Players also gain access to eight new missions and a few new weapons, including the Sequoia 370 Mag-Slug, the gravity-bending Stormalong Em Zero magnesis rifle, and the Yellowstone Auto Sniper Rifle.

“Danger Rising is the third DLC pack in the ‘Dare Devils, Demons and Danger’ Expansion Pass, and it brings a great new story, tough enemies that can grapple, just like Rico, and a new element that we are really excited about, the Hoverboard,” Victoria Setian, Senior Producer at Avalanche Studios, said. “This is a true game changer. Just Cause 4 already had some of the best traversal mechanics around, but the Hoverboard ties everything together and gives players the smoothest, most dynamic movement system in any action game!”

Just Cause 4 and its Dare Devils, Demons, and Danger Expansion Pass are available now on Xbox One, PlayStation 4, and PC.