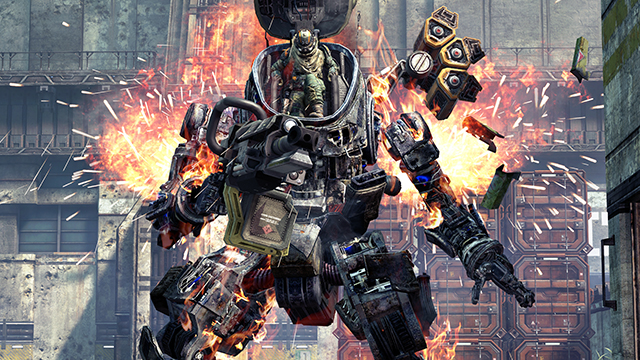 It looks like we shouldn’t prepare for Titanfall anytime soon

When Apex Legends was announced just over a year ago, I was really not happy. As someone who considers Titanfall 2 to be one of my all-time favorite shooters, a cash-in free-to-play battle royale spinoff of the series was the last thing I was wanting.

And yet, Apex Legends turned out to be pretty darn good—so much so, in fact, that it ended up in the #2 slot on my personal list of the best games of 2019. To give us fans even more hope, Respawn Entertainment head Vince Zampella sent out a tweet promising that we hadn’t seen the last of the proper Titanfall series.

…except that, as of now, things have moved back closer to the “hopeless” side of the scale. During an interview with IGN for Respawn’s 10th anniversary, Zampella had this to say:

“There’s nothing currently in development. But it’s always there. You see the little bits of stuff coming back [through the lore in Apex Legends]. At some point, I would personally like to see some kind of resurrection there. We’ll see if I can make that happen.”

We definitely didn’t get “more Titanfall” last year, and this new comment could be taken to mean that whatever it was in development has now been cancelled for the foreseeable future.

However, I still can’t help but feel like we’ll be getting a more direct connection or two to the Titanfall series at some point in Apex Legends. While I won’t go so far as to say that I think they’ll put Titans into the game—even though I’d love to see them, no matter how game-breaking they may be—I’ve grown more and more attached to the idea of “Titanfall Pilot” being one of the upcoming Legends. Have them be a nameless, faceless character, give ’em a few of the pilot abilities that haven’t moved over to Apex just yet, and maybe have something Titan-related as their ultimate?

Either way, while I continue to hold out hope that we’ll get a Titanfall 3 on the next-gen platforms, at least I’ll have Apex Legends to keep me company until Titans are dropping from the skies once again.