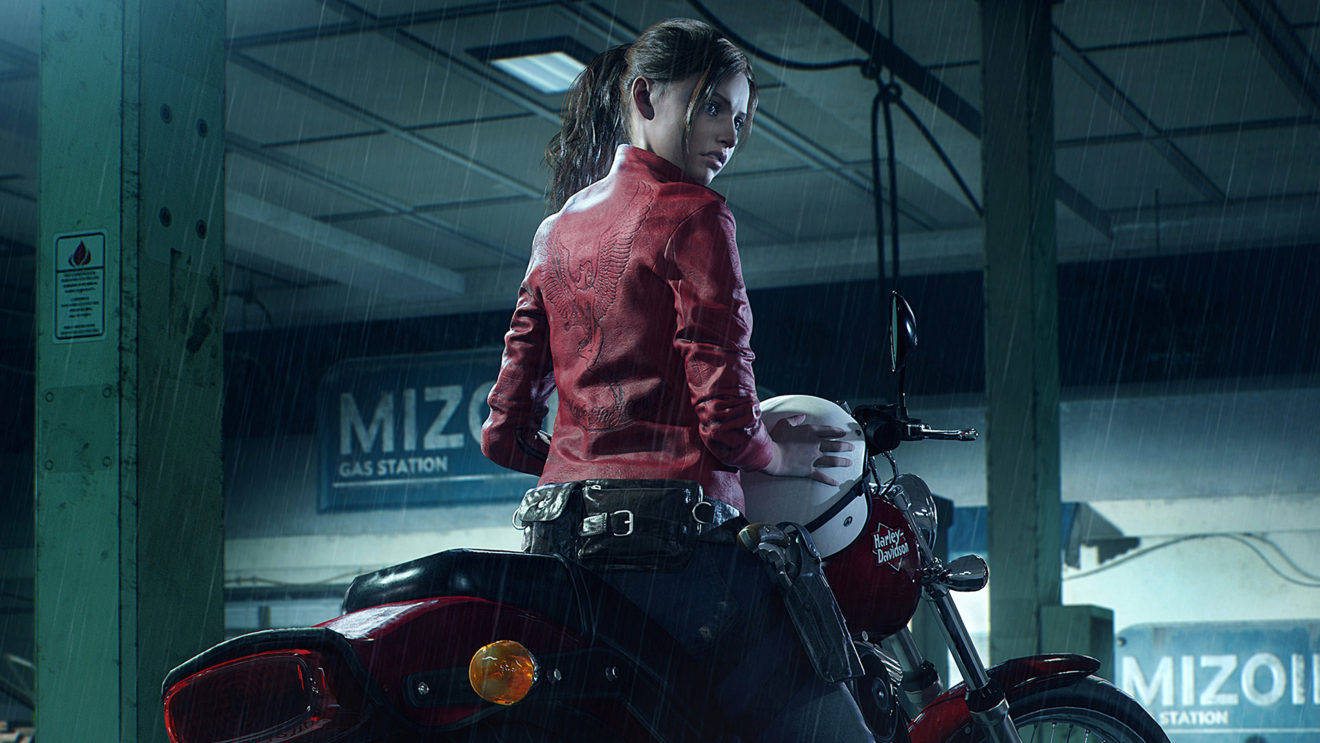 If 2018 was a year in which I had games that I liked but maybe didn’t exactly love, 2019 has provided me way too many choices when nailing down my top five. From major big-budget releases, to smaller indie hits, to plenty of stuff in between, there were just so many titles that caught my attention in the last 12 months, and that’s not counting the games I haven’t had a chance to boot up (or even unwrap) yet. It was easy to think that 2019 might be quiet as we count down to the release of next-generation systems, but it seems like the current platforms are bound and determined to go out with a bang.

As I’ll get into deeper further down my list, this was a heck of a year for mid-tier, double-A games, and none captured my attention (nor my heart) the way A Plague Tale: Innocence did. As I said in my review, I should have hated it, given my utter contempt for both stealth and escort missions in games. And yet, the adventure of siblings Amicia and Hugo was just so touching and enthralling, keeping my entertained as it wove an emotional story together with ever-changing gameplay. A Plague Tale: Innocence is the perfect example of why we need more options between high-cost triple-A titles and small indie projects—there are just so many unique ideas you can explore when you’ve got a budget big enough to build out your ideas, but small enough to not mean financial ruin if you take risks.

There is no logical reason that a modern-era Samurai Shodown game should be on my list of the top five games of the year—and yet, here we are. After Samurai Shodown II worked its way into my heart as my favorite fighting game of all time, I went on to nitpick every following title in the franchise to hell, with none of them ever living up to the high standards I’d set. So, I had no reason to believe that SNK could ever recapture the spirit of its earlier samurai fighters, but Samurai Shodown brings back that feeling of those slower-paced, more strategic fighting games we hardly see anymore these days. While it doesn’t make me completely happy—seriously, where is my classic Charlotte skin you jerks—it’s still so far beyond what I could have ever hoped for.

Death Stranding is the kind of game where, a month or so after playing it, I’m not actually sure I did play it. The entire experience feels like something I could totally have just imagined, or perhaps dreamt one day when under the influence of a particularly nasty illness. Hideo Kojima’s first post-Konami project was just so different in so many ways, and that leaves it as a game that’s hard to directly compare to everything else on my list. As a video game, I probably played a number of other titles this year that I enjoyed more in the traditional definition of what we think of as games. As an experience, however, nothing at all compared to Sam Porter Bridges’ journey across post-apocalyptic America. Honestly, I could have put Death Stranding at #1, or #5, or nowhere near my list—and that’s part of what makes it so damn intriguing.

I still remember the day Respawn revealed Apex Legends, because boy was I pissed off. Respawn had won my heart with Titanfall 2 in a way that no competitive shooter has done since the original Unreal Tournament, so to see a franchise I adore whored out as a free-to-play battle royale bandwagon-rider drove me into a frenzy. And then, I begrudgingly tried Apex Legends—and fell in love. No, it’s not Titanfall 3, but I can be okay with that for now. What it is is a shooter better than almost everything else out there, mixing the spirit (and silky smooth gunplay) of its predecessor with some new ideas and tricks. Sure, I still wish it had that perfect movement of Titanfall 2, I remain disappointed in Pathfinder’s grappling hook compared to its inspiration, and I cannot understand why the game doesn’t have cross-platform progression yet. Even so, Apex Legends’ legitimately interesting cast of character, fantastic gunfights, and constantly-changing gameplay elements have kept me playing as the last thing I do almost every night before bed.

I find it more than a little funny that my least-favorite chapter of the original Resident Evil saga would be remade into an experience that feels like the perfection of 23-plus years of survival horror attempts. Even with its launch coming at almost the very beginning of 2019, I never once forgot about Resident Evil 2, or wavered on it being my favorite gaming experience of this year. It’s just so, so good—a type of good that a lot of people didn’t think Capcom had in it anymore. But I knew you did, Capcom. I still believed. The only thing I’m unsure of now is if Capcom can once again reach that high water mark with next year’s Resident Evil 3 remake—and how long it’s going to take for me to get what I really want: a proper reworking of Resident Evil: Code Veronica.

A few years ago, when reviewing Hellblade: Senua’s Sacrifice, I talked about how much I’d missed double-A games, and how glad I was to see them coming back as an alternative middle ground to the triple-A and indie ends of the gaming spectrum. This year, however, felt almost as if some sort of good-but-not-great floodgates opened. Before 2019, I had almost no reason to care about publisher Focus Home Interactive on a personal level, and then, in the last 12 months, they’ve given me A Plague Tale: Innocence, The Surge 2, Greedfall, and World War Z—all games that I’ve legitimately enjoyed in my time with them. Bigben Interactive had interesting releases like Warhammer: Chaosbane, The Sinking City, and the wonderfully bizarre Bee Simulator. Then, there were a variety of other releases out there, from newcomers like Remnant: From the Ashes to longer-running franchise entries such as Sniper Ghost Warrior: Contracts. Honestly, I’ve always preferred to have more creative, daring games that have too little polish and too much jank over perfectly-polished-yet-soulless major studio releases, and this year had more than I could have ever asked for.

While Apex Legends absolutely, positively deserves the spot it got on my list, there’s something we’ve got to be honest about here: some of the people playing the game might possibly have been spawned from Hell. Part of what I love about Apex is the feeling of fighting as a team, watching each other’s backs and pulling out the win as a squad, but then players will betray that promise in a way that bugs me more than almost any other cooperative multiplayer game. Maybe it’s the guy who drops far away from his team, only to bitch when he doesn’t have backup. Or it’s the a-hole teammate who quits the moment they’re downed in a game with numerous options for reviving your allies. Or those two teammates who won’t stop running off without you while never signaling their next destination. Or the people who drop in the exact spot you do and snatch up loot even though you clearly put a marker that you were going there. All of those kinds of players, and more, would absolutely drive me to quit the game if there then weren’t constantly rounds where I end up with two fabulous teammates, and the three of us gel perfectly as a squad. Every time I feel like I just want to walk away and never come back, I get a team like that, and I remember why I love Apex Legends as much as I do.

I’ve come to absolutely love the Switch, and could easily see myself choosing it over the PlayStation 4 and Xbox One were I forced to only own one piece of hardware. And yet, at this point, I think I’m using the system the wrong way. While the Switch continues to receive major new Nintendo releases, a mix of big-name multiplatform titles like Doom Eternal and Alien Isolation, and a fantastic selection of indie hits, a majority of the money I spent this year on eShop and physical purchases has been going toward retro titles. For those who haven’t noticed, the Switch has quickly become a major platform for rereleasing classic games. There’s Hamster’s work on reviving obscure Japanese arcade games, Johnny Turbo’s numerous (though in need of better visual filters) Data East archives, Psikyo’s great earlier-era shooters, M2’s first Shot Triggers project hitting the system, Sega’s fantastic Sega Ages line, and a wide array of speciality collections. For whatever reason, developers and publishers in Japan have gone hog wild releasing games from years gone by on the Switch, making me at times forget that the system has new games on it too.