I Hatched 1,600 Eggs for a Shiny Pokémon and Immediately Gave It Away

What I got in return didn't matter.

After spending more than 30 hours hatching exactly 1,600 eggs in Pokémon Sword and Shield, the shiny Applin I’d worked so hard to find was finally mine. But the absolute time sink I voluntarily pushed myself into isn’t the crazy part. No, what’s insane is that I immediately gave my most prized possession away, to a completely random and total stranger, with no guarantee of what I’d get in return.

You might not understand the full scope of why this is the last thing you would ever want to do. The Pokémon series already prides itself on its addictive collection mentality, with nearly 900 total Pokémon, about half of which can be caught in the latest Switch releases. Each of these Pokémon has a shiny variant, an alternately colored version that’s super rare—just 1 out of every 4,096 you encounter, to be specific. (If you use certain methods to boost the odds, as I did, you can get to a much more reasonable 1 in 512.) Most players will never encounter these elusive variants in their playthroughs or even through their entire time with the series. Giving one away is something you simply do not do.

Yet there’s a very specific joy to doing something nice with no recognition or reward in return, and that’s an option Pokémon has built up with each new game. Since the beginning, the series has always emphasized trading, but it was always under the “you help me, I help you” mentality. Once you get past the Link Cables of the Game Boy, you get to the Nintendo DS series of games, which introduced the Global Trade System, a feature that lets you request a specific Pokemon to players online. With the introduction of Wonder Trade in Pokemon X and Y on the Nintendo 3DS, and the push for more heartfelt moments began.

I made my momentous swap using Surprise Trade, the latest incarnation of Wonder Trade. In Sword and Shield, this simple online feature randomly pairs you up with another player from anywhere in the world. Before the trade begins, you pick any one Pokémon you’ve caught to put up for trade, and the other player does the same. Neither of you know what the other will send.

A typical Surprise Trade often nets you a low-level, easy-to-find Pokémon. We’re talking your average level 5 Skwovet or an easily fishable Chewtle. Sometimes you’ll get a higher level Pokémon that’s a bit trickier to find, like a Sinistea that has a 10 percent chance at appearing in Glimwood Forest. More impressively, you also run into trades that feel a bit more deliberate, like the person you’re trading with is purposely going out of their way to provide the community with something a little more special.

This type of kindness generally manifests in two different ways. Like all main games before it, Sword and Shield feature Pokémon exclusive to each version. For example, Sword players have access to the stoic Galarian Farfetch’d while Shield players are treated to the colorful Galarian Ponyta. Both are cool new takes on Generation 1 Pokémon and I’ve seen quite a few thrown into Surprise Trade. Putting up a version exclusive shows that the trader isn’t just low-balling it and trying to get rid of junk Pokémon in the hopes of getting lucky and nabbing something better.

Sending out breeding rejects is another way for traders to show their generosity. It sounds harsh, but there’s actually a lot of heart behind it. Those a little more invested in the stats of a particular Pokémon will often breed and hatch eggs as they slowly chip away at the parent Pokémon’s inadequacies and produce stronger offspring. There are things you can do to maximize your chances but the routine is pure luck, often times leaving breeders with hundreds of the same ’mon.

The easiest solution to this Pokémon storage problem is to simply release them in the wild, but that’s not what many players choose to do. Instead, they send these Pokémon—often with high but not perfect stats—through Surprise Trade in the hope that it could be useful to someone else. Not only does this take significantly longer to do, but the Pokémon you get in return are mostly trash that you’ll have to release anyway. For the most part, there’s no tangible benefit to doing this. It’s just… nice.

It’s how I was able to create my shiny Applin with near perfect stats. Some random fellow sent me their “Amazing” certified Applin and allowed me to kick off breeding with an advantage. Pairing that sweet apple core Pokémon with a shiny foreign Ditto (another Surprise Trade get), I was pumping out strong Applins like nobody’s business.

That’s right: This entire shiny trading experiment was something I already experienced the month prior. I was throwing a few extra version exclusives I had into Surprise Trade when I received a shiny Ditto with perfect stats in all its sparkling glory. Even though it was clear this particular specimen had somehow been hacked into existence, I knew someone out there sent this highly sought-after Pokémon and was enjoying the fact that they made someone else’s day a little bit better.

That’s why I wanted to do the same thing, to use this simple trading tool for good. I’m almost certain I will never have a shiny Applin again. A fair trade would see me getting a different kind of shiny Pokémon, or even a hard to get legendary. But I, like so many others taking advantage of Surprise Trade, got the simple satisfaction that someone else, someone completely random, is enjoying a truly generous trade.

Over the course of three weeks, I grinded monotonously, circling the nursery worker as she slowly, and individually, gave me eggs to hatch. It became an annoying and required daily task that accompanied me anywhere I went, even when I hoped it wouldn’t. The night before I kicked off a trip to Portland, I attempted to hatch a few hundred eggs with the expectation that I couldn’t be that unlucky. I was.

So it was that my trip fell into an odd rhythm. During the day, I’d witness a 620-foot waterfall or check out a neat board game bar, but every night came to a close when I’d buckle into my Airbnb and get back to those dreaded eggs. The rubber band I placed on my controller to force my character to endlessly ride a bike was one of my few reprieves. It wasn’t until I returned home and held another massive egg hatching session that I got my shiny.

Anyone that has ever found or hatched a shiny knows that feeling of relief, the immense weight lifted of your shoulders when the sparkle effect appears and the Pokemon you’ve desperately been searching for is presented to you in all its bright glory. In that moment, all your frustrations and exhaustion instantly evaporate.

But for me, I knew I still had one last difficult step to make. It was time to trade. I sent my hard-earned Applin out into the unknown, and waited for the unknown to return.

I got a Stufful. A plain ol’ pink and striped cub, the one you can easily find on Route 5. My perfectly crafted green and sparkly Applin for the common Stufful. Jordan sent it to me. I didn’t know him, he didn’t know me, and he certainly didn’t know what he was getting in exchange.

My trade was made a little less selfless when I decided to change the nickname of the shiny Pokémon. Keep in mind, once the Pokémon is traded out of its original game, that Pokémon cannot be renamed—the nickname has to stay. I wanted to add an additional step to this experiment, so I named the little guy “TRADE ME! :)” in the hope that it’ll encourage Jordan, and hopefully others, to keep passing this wonderous green apple to the next trainer.

I’m happy to say that I’m not the only one using Pokémon to engage in some virtual altruism, either. Community organized events like Surprise Trade Christmas and Operation Delibird aimed to fill Surprise Trade with rare or version exclusive Pokémon on Christmas and the days following when plenty of new players were just starting their adventure. Redditor Rabbiti3, for instance, got into the holiday spirit by sending out a shiny Nickit, while Twitter user Amna was pleasantly surprised when a shiny Gossifluer made its way through the trading tunnel.

It’s this kind of positivity the Pokemon series has strengthened over the last few years, and in recent months, desperately needs. The decision to not include the ability to transfer the roughly 500 Pokemon not found within the Galar region of Sword and Shield left some parts of the fandom in disarray, with a seemingly small but loud chunk expressing their worries and disapproval in vitriolic and toxic ways. Despite posing legitimate questions and concerns, the negative approach overcame the excitement you typically see before release and went on to include flippant messages to developers and pessimistic hashtags.

When the Expansion Pass was announced last month, the same gloomy chatter that had finally died down made its unfortunate revival. The upcoming DLC will include 200 returning Pokemon but can only be accessed by those who pay for the extra content, a fact that sent some into a frenzy. Like many others, I see this as another opportunity to bring joy through Surprise Trade once again. It’s true, you won’t be able to catch any of the new returning monsters if you don’t get the Expansion Pass, but players who do can still throw them into Surprise Trade and give the base game players a chance.

I love Surprise Trade. I love how simple it is, how addictive it is, and how joyful it can be. I’ve used it for years but this was the first time I did something this bizarre, to trade an incredibly valuable shiny just to make someone else happy. There’s a lot of hate and unpleasantness in the world, and I’m so glad Pokémon continues to be an avenue where your actions can make a small but thoughtful difference. Make your next trade count!

Images: Nintendo, screenshots via the author

Michael Koczwara is a writer who doesn’t want to admit how many hours he has logged into Pokemon Sword. You can find his work on IGN, The Hollywood Reporter, Kotaku, Digital Trends, GameXplain, and plenty more. Follow him on Twitter @SuperZambezi or on YouTube. 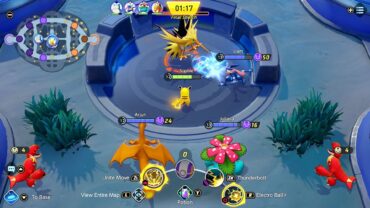 Pokémon Unite is getting a new map 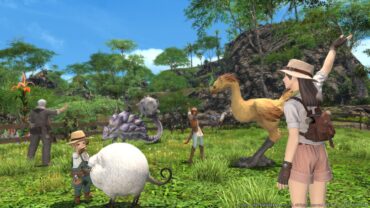