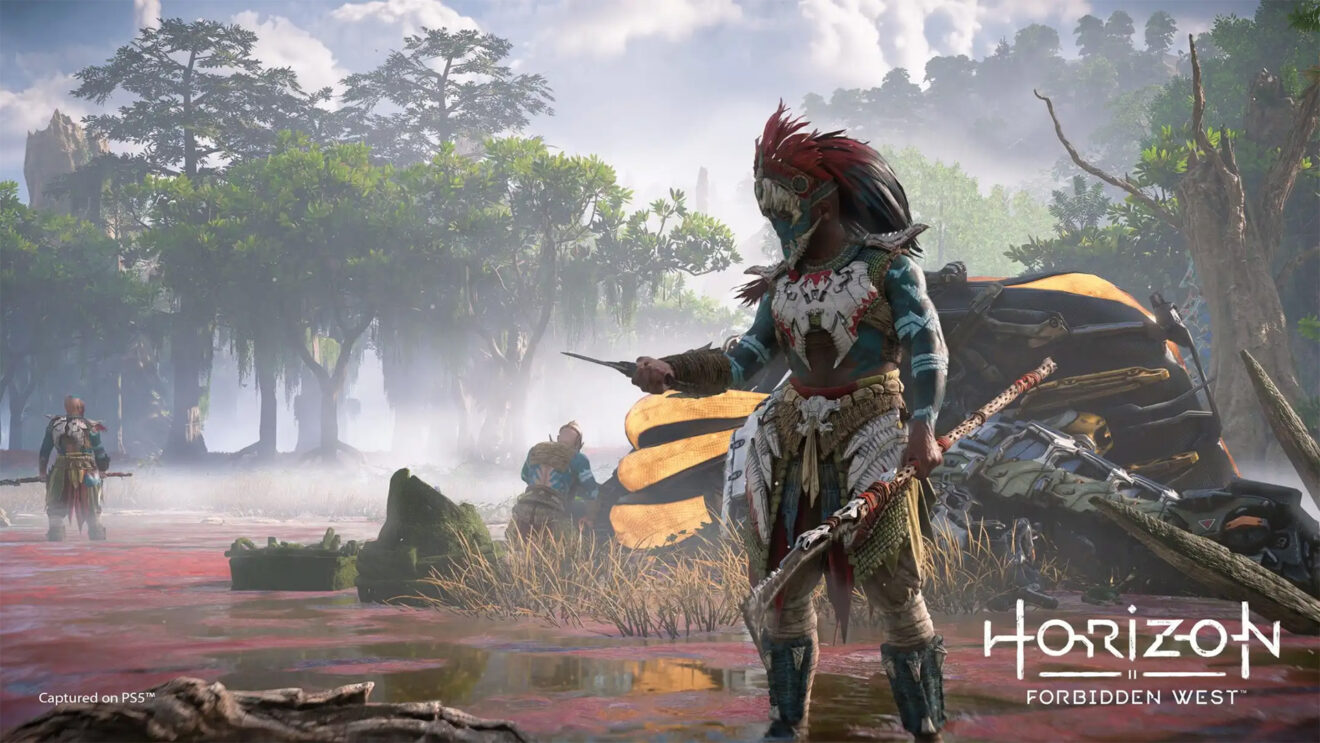 With little more than a month until the launch of Horizon Forbidden West, Sony and Guerrilla Games have put out a new trailer highlighting one area of the PlayStation 5 blockbuster we’ve yet to hear much about: its tribes.

The predictably gorgeous two-minute video begins with footage of tribes that will be familiar to Horizon Zero Dawn players—the Oseram and Carja—before delving into the new groups Aloy will encounter as she ventures into the Forbidden West.

First, we get a look at the Utaru and their settlement of Plainsong, where a blight threatens crops and humanity’s very existence. Music apparently plays a major role in Utaru culture, which should help them stand apart from the established tribes.

Next, we see the Tenakth, an apparently warlike tribe whose opposing three clans have entered into a fragile truce against a band of rebels led be a woman named Regalla.

Most intriguingly, however, is that the trailer ends with a tease of another, still-unnamed tribe awaiting Aloy at the farthest reaches of the West. Call me crazy, but I think that may end up being a pretty big deal in the game’s story.

Forbidden West isn’t the only Horizon game on the, uh, horizon. At CES this week, Sony announced that Horizon Call of the Mountain is currently in development for the PlayStation VR2.