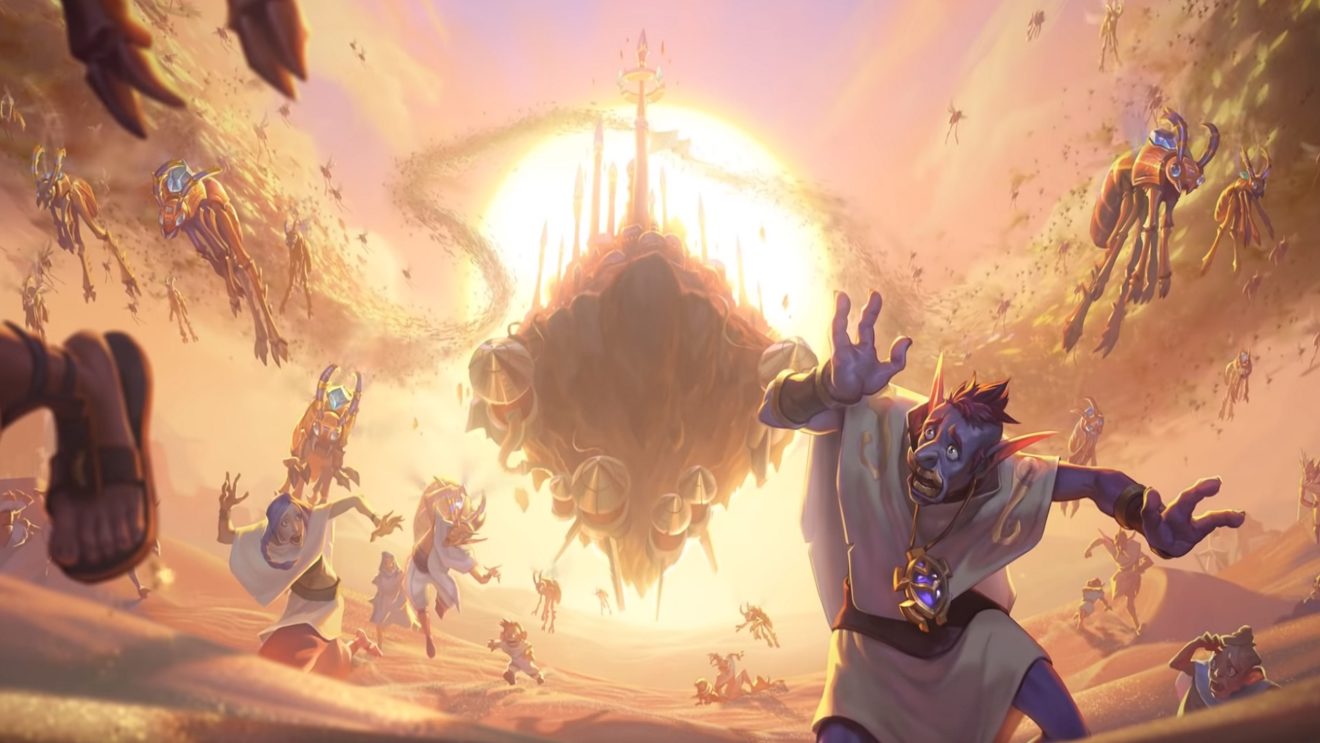 Blizzard has announced that the first chapter of Hearthstone’s next solo adventure, Tombs of Terror, will launch on September 17th.

Tombs of Terror picks up events after the previous solo adventure, The Dalaran Heist, and sees the League of Explorers taking on the four Plague Lords, massive bosses with huge health values, to earn new hero-specific signature treasures.

“We’ve always carried a torch for the classic dungeon crawl and with Tombs of Terror, we set out to create our deepest and most replayable Solo Adventure yet,” J. Allen Brack, president of Blizzard Entertainment, said. “With so many new deckbuilding options to unlock for the dual-class heroes and all of the signature treasures to acquire, we hope players love exploring the Tombs of Terror again and again.”

The first chapter of Tombs of Terror will be available for free on September 17th, with subsequent chapters available for 700 in-game gold or $6.99 each. A Deluxe Adventure Bundle is available to prepurchase now for $19.99 that includes all four chapters, a random legendary from Saviors of Uldum, and a League of Explorers-themed card back.