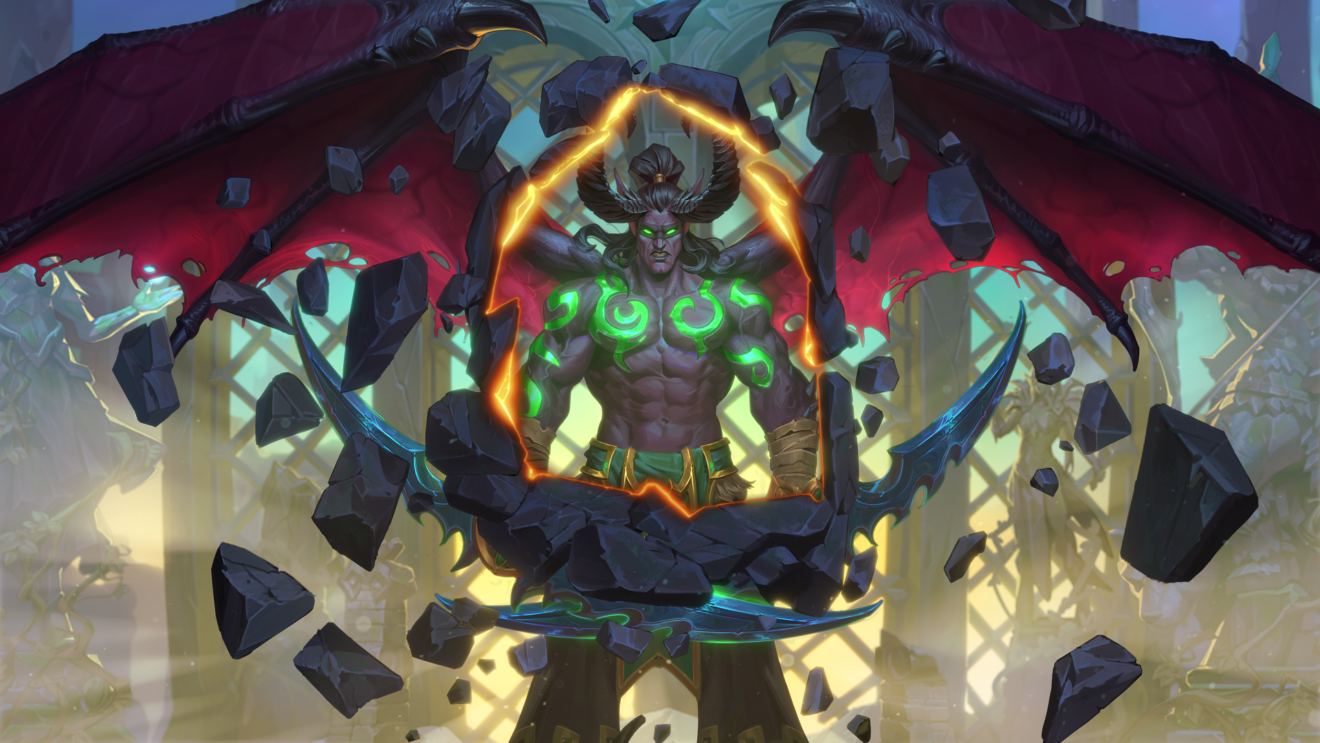 Blizzard has announced that Hearthstone’s Ashes of Outland expansion and new Demon Hunter Class will be coming in April.

Ashes of Outland will return players to World of Warcraft’s The Burning Crusade expansion and introduces 135 new cards to the game. These cards will include new Primes, which will shuffle a more powerful version of themselves into a player’s deck after being defeated, and Imprisoned Demons, which remain Dormant and untouchable for two turns before dealing an effect.

“Beyond the Dark Portal, the shattered world of Outland awaits. Ashes of Outland brings Hearthstone players to the memorable setting of World of Warcraft’s first expansion, The Burning Crusade, only to find it has been razed by an unstoppable force for destruction known as the Rusted Legion,” Blizzard writes. “These malicious, mechanically enhanced monstrosities have waged a campaign of conquest that has left only a desolate, post-apocalyptic wasteland in their wake. Now, the denizens scavenge to survive in the ashes of their broken world.”

Joining Ashes of Outland is the new Demon Hunter class. This new class has access to the Demon Claws hero power that increases attack power by one for that turn. Demon Hunters also make use of a new keyword called Outcast, which will offer a boost when the card is players from the far right or left of a player’s hand.

Players will get their first taste of the Demon Hunter on April 2nd via a prologue made up of four single-player story-focused missions. Players who complete these missions will unlock the Demon Hunter class, all 10 Demon Hunter basic cards, a 20-card Demon Hunter Initiate Set, and a pre-built Demon Hunter deck list. The class will officially launch on April 7th.