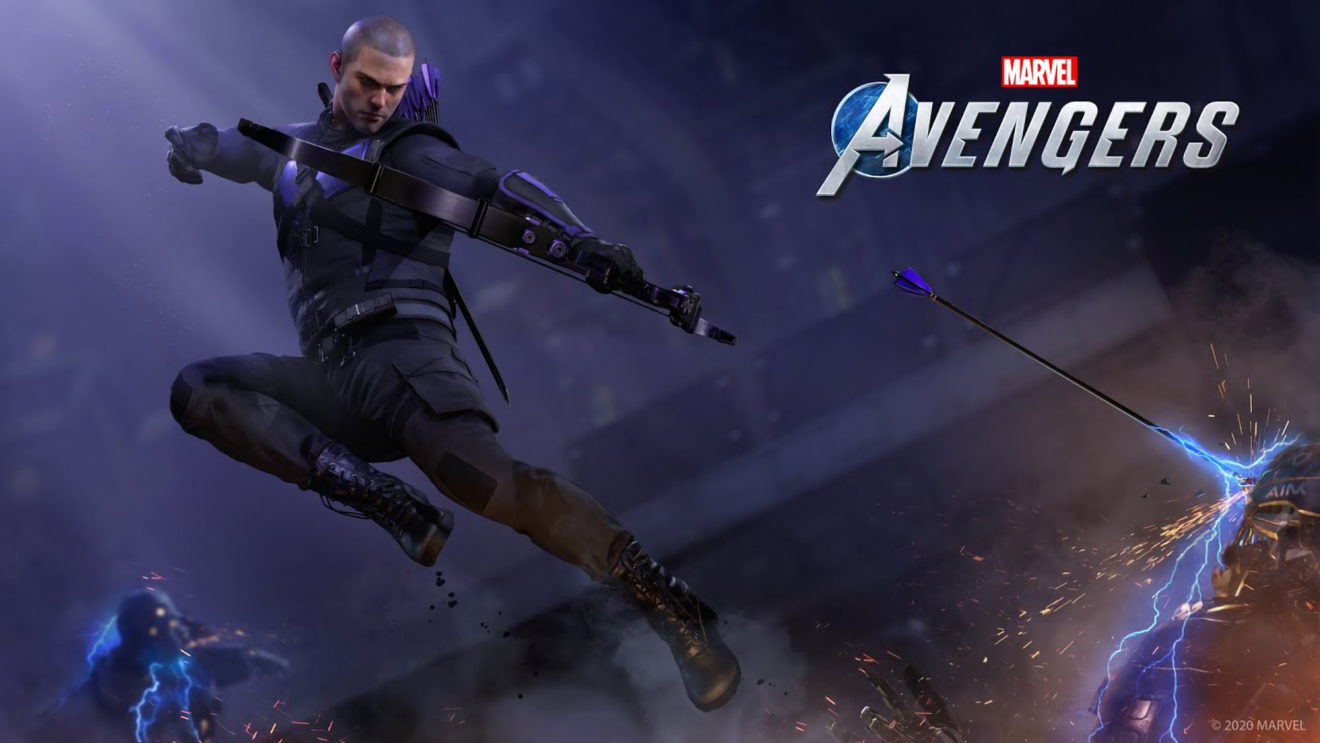 Square Enix has revealed that Hawkeye will come to Marvel’s Avengers as a playable hero after launch. The news came as part of the latest “War Table” livestream, which also brought us details on the game’s upcoming beta test.

Hawkeye, real name Clint Barton, is a master archer who uses a variety of arrows and gadgets to take down enemies. You can catch a brief glimpse of him in action via the new teaser trailer.

When he joins the game, Hawkeye will also get his own story missions separate from the main campaign, which can be played in co-op or single-player. Square Enix hasn’t shared many details on exactly what that story will entail, but the publisher has promised that it will move the narrative of the world forward and feature a new villain. Better yet, Hawkeye and his missions will be added to Marvel’s Avengers free of charge.

The War Table also brought details on the content and timing of the game’s upcoming beta, which will roll out in waves depending on platforms and whether or not you’ve pre-purchased the game.

The beta will feature both content from the single-player story campaign the replayable co-op missions (which can also be tackled solo with AI-controlled teammates).

As for the single-player missions, players will be able to try out the entire Golden Gate Bridge sequence from the start of the game, which involves taking control of multiple Avengers and ends with a boss fight against Taskmaster. After that, players will get to experience a handful of story missions with Kamala Khan, aka Ms. Marvel, and the Hulk in different locales. One mission will feature a boss battle against Hulk baddie Abomination.

In co-op, players will be able to try out Kamala Khan, Black Widow, Hulk, and Iron Man—including an ultimate attack that sees him don the Hulkbuster armor. You’ll be able to swap back and forth and level up these heroes with skill points and gear, though only with a small portion of the skill trees from the final game.

The beta will feature three co-op mission types. First are H.A.R.M. Rooms (short for Holographic Augmented Reality Machine), which allow you to take one waves of enemies in a virtual training simulation. Beta players will have access to a training scenario and three additional challenges. The second mission type, War Zones, are the more standard co-op missions Square Enix has discussed previously, and there will be five to try out in the beta. The third type, Drop Zones, are billed as “smaller, more focused versions of War Zones,” usually with a single objective. In total, the beta will have more than 20 missions.

You won’t have to wait much longer to hop in, either. From August 7th through 9th, the beta content will be available exclusively to those who’ve preordered on PlayStation 4. Then, on August 14th, the beta will open up for those with Xbox One and PC preorders, as well as anyone on PlayStation 4. Finally, starting on August 21st, there will be an open beta across all platforms.

For more on the beta content, you can check out the full War Table video.

Marvel’s Avengers launches September 4th on PlayStation 4, Xbox One, Windows PC, and Google Stadia. The game will also come to PlayStation 4 and Xbox Series X at a later date.