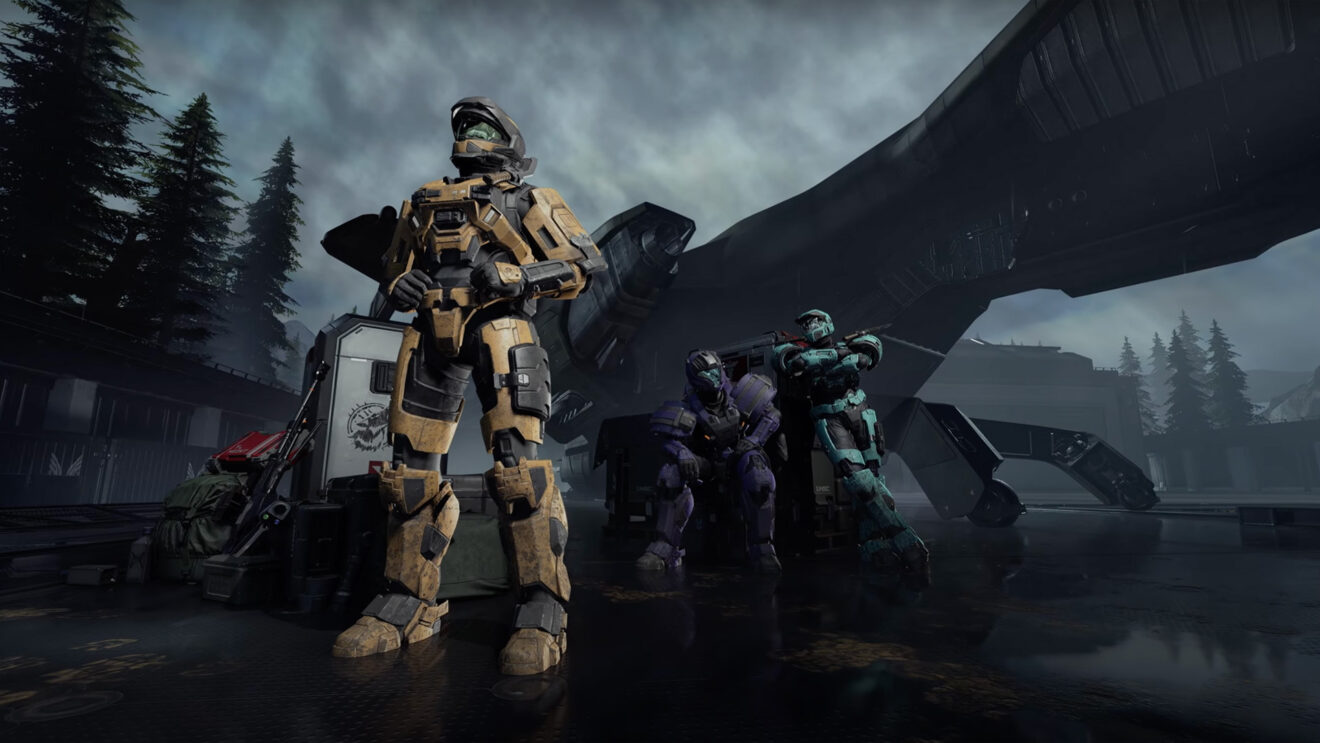 Xbox and 343 Industries have outlined Halo Infinite‘s next big update, which brings the long-awaited co-op mode to the campaign and allows everyone to experience Forge mode.

The Winter Update, which goes live on November 8th, is perhaps most notable for bringing online co-op and mission replay features to the game’s campaign. The long-awaited, repeatedly delayed, de-split-screened feature will let you tackle the campaign together, with progress carrying over onto your own save file. The game is also getting new achievements centered around co-op.

As for Forge mode, the latest iteration of series’ beloved map and mode editor will be shifting into open beta with the Winter Update. That means anyone can try their hand at whipping up an experience to share with the community. Given what we’ve seen players do with the robust tools already, that’s very exciting news.

On the multiplayer front, you can expect a decent chunk of new content. First, the game is getting two new official maps (built by 343 in Forge), called Argyle and Detachment. Argyle looks like it’s bringing some serious old-school arena shooter vibes, with multiple levels and a big central courtyard. Detachment is notable as the first official map in the game to include a teleporter.

Next up is a new game mode called Covert One-Flag, an asymmetrical CTF variant. The attackers have unlimited Active Camo at their disposal, while the defenders have threat sensors, making it a battle of “spot the invisible Spartan.”

But the biggest update to multiplayer might be the addition of a traditional match XP system, meaning you’ll now earn progress toward your battle pass just by playing the game—rather than having to focus on challenges. 343 says it’s trying to tune the system so progression is quicker than it is at the moment, so that’s good news for casual players who’ve struggled to advance in previous seasons.

Speaking of battle passes, the Winter Update will also bring a new 30-tier free battle pass to the game.

Finally, there will be two limited-time events coming as part of this update: Winter Contingency 2 in December and Joint Fire in January.

For more details—and a very in-depth look at what you can do with Forge—you can check out the full 12-minute Winter Update video below.

As the video is quick to note, the update will be free for everyone. (To state the probably obvious caveat, you’ll need a copy of the single-player—either through purchase or Game Pass—to play co-op.)

Josh Harmon
Josh picked up a controller when he was 3 years old and hasn’t looked back since. This has made him particularly vulnerable to attacks from behind. He fell in love with EGM during the Dan Hsu era, so joining the magazine as an intern way back in 2012 felt like a dream come true. Now, as Editorial Director, he’s excited to lead EGM somewhere new.
Share
Post tagsHalo