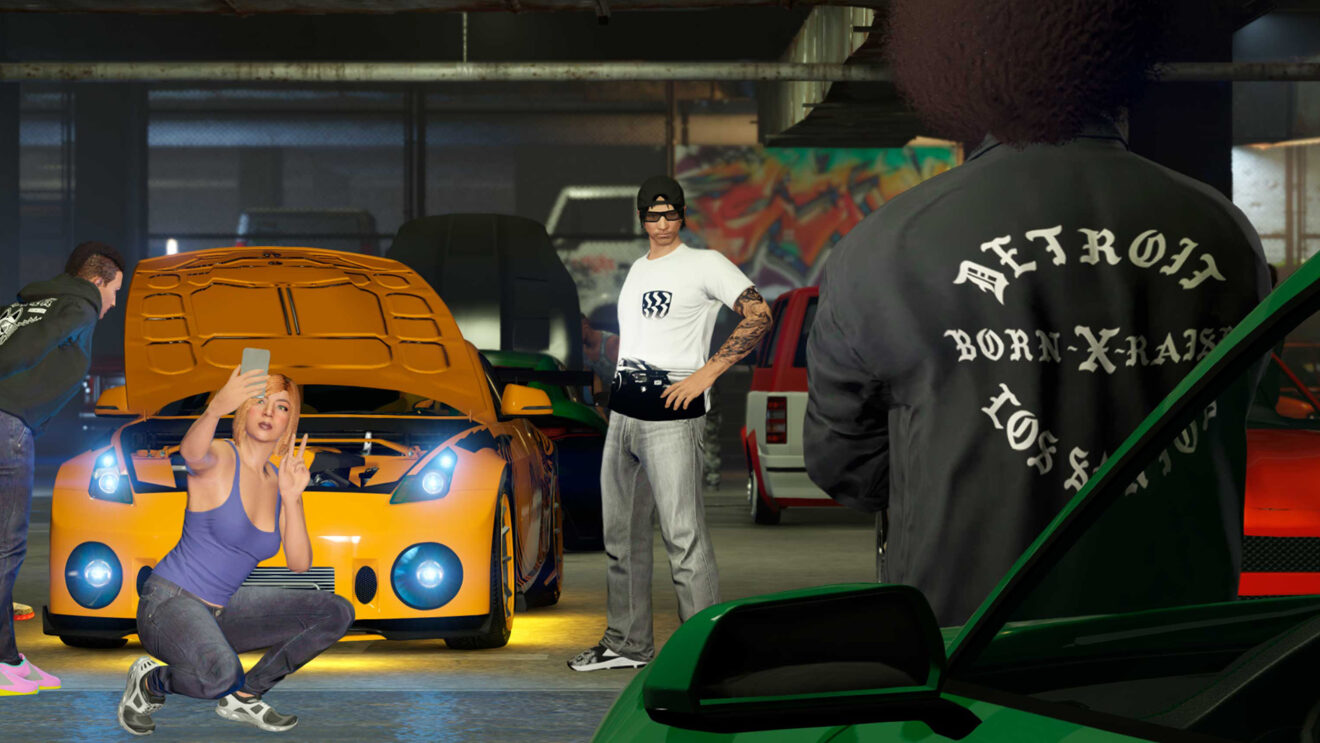 GTA Online’s next update is all about car culture

The next GTA Online update is taking a page from the Fast & Furious films—but the ones from way back when they were still about racing and not sending cars to space to defeat John Cena. Rockstar Games has unveiled the Los Santos Tuner update in a new trailer and blog post ahead of its July 20th launch.

You can expect plenty of new tuner-themed missions and races, of course, but the most intriguing addition might be the LS Car Meet, a big new social space where you can meet up with other tuning enthusiasts to show off your customs. The Meet is located in Cypress Flats, and you won’t be able to bring any guns or weaponized vehicles in with you, so don’t expect to roll in and cause chaos.

Joining the Meet will cost you GTA$50,000, but membership comes with a few neat perks. You’ll be able to use the underground test track with your friends, sample a rotation selection of test rides, compete in Prize Ride challenges to win new cars, and access exclusive shops.

As for those new races, you can compete in Head-to-Head, Scramble, and Time Trials on the test track, as well as a the new Street Race Series and Pursuit Series on the city streets above.

Everything you do within the LS Car Meet will help you earn rep in the club, unlocking access to new gear, car customization, races, and trade prices on certain vehicles. Higher-level Meet members will even be able to create a “private takeover” of the meet, to decorate it to their liking with customizable lighting and banner colors.

The Los Santos Tuners update will introduce a total of 17 new cars throughout the summer, with 10 available at launch, including the Vapid Dominator GTT, the Annis ZR350, and the Dinka RT3000. It sounds like at least some of these new cars will be available at dealers even if you don’t join the LS Car Meet. What’s more, some of these new vehicles will get additional, exclusive upgrades on PlayStation 5 and Xbox Series X/S when GTA Online launches on those consoles later this year.

Finally, rounding out today’s announcements are a few pieces of gear you can earn by playing. Hopping on GTA Online anytime between now and the launch of the Los Santos Tuner update will get you a Los Santos Customs tee, and participating in any Impromptu Race in the same window will get you a Los Santos Tour Jacket. Stealing and successfully selling a vehicle to LS Customs in Free Mode will net you the Los Santos Customs Coveralls. You’ll be able to claim all three rewards by logging in once the Los Santos Tuners update goes live, with the items in your wardrobe within 72 hours of logging in after July 23rd.

For more info, check out the official blog post.

GTA Online is available on Xbox One, PlayStation 4, Windows PC, Xbox 360, and PlayStation 3, though the game will shut down on the last two platforms later this year. The game will also arrive on PlayStation 5 and Xbox Series X/S November 11th.