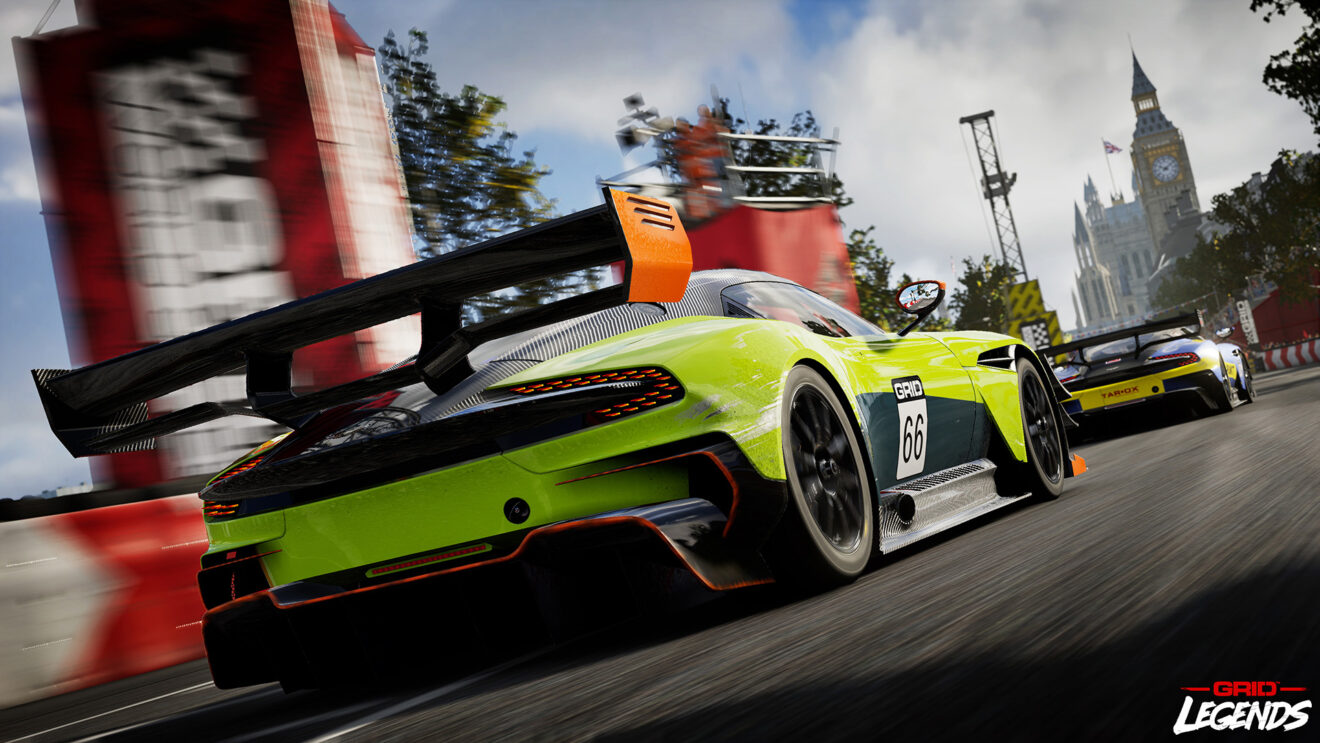 EA and Codemasters have announced new details on Grid Legends, including a release date and the first-ever look at gameplay. The racing game will launch February 25th on PlayStation 5 Xbox Series X/S, PlayStation 4, Xbox One, and Windows PC.

Here’s a look at that gameplay reveal footage.

Today also brings news of the game’s pre-order bonuses, Deluxe Edition, and post-launch content, as well as some new info on gameplay features. It’s a lot of info, so let’s get through the basiscs.

First, pre-ordering the game will get you access to the “Seneca & Ravenwest Double Pack,” which nets you four cars to use in career mode: the Aston Martin Vantage GT4, the Porsche 962C, the Ginetta G55 GT4, and the Koenigsegg Jesko.

Next up is the Deluxe Edition, which includes a number of launch day bonuses and access to “four huge premium DLC packs.” On launch day, Deluxe Edition owners get some exclusive in-game challenges, the Voltz Pack, and the Mechanic Pass. The Voltz Pack contains the Volkswagen Golf GTI and Audi R8 1:1, as well as team liveries, banners and logos for the Voltz racing team from the game’s story mode. The Mechanic Pass allows you to unlock car upgrades more quickly.

As for those DLC packs, they’ll include expansions to the game’s Driven to Glory story mode—which, as you may recall from the reveal trailer, mixes live-action actors with in-game graphics—alongside new cars, circuits, and more. (These DLC packs will also be available for purchase separately if you buy the standard edition, of course.)

For more detail on the game’s editions and bonuses, you can check out EA’s blog post.

But that’s not all. There’s also a new PlayStation Blog post offering a bit of insight into the game’s features (some of which are also discussed by the developer commentary in the gameplay above). Grid Legends features AI drivers with their own personalities, meaning you’ll be able to recognize someone not just from their name but how they drive on the track. There’s also a built-in “race choreographer” to ensure there are memorable moments in your races against AI, with engine blowouts and cars “launching into the air after shredding a tire” as two listed examples.

There are also a few new details on event types—with Eliminator, Boost races, and Drift events confirmed—and on tracks: Indianapolis, Suzuka, and Red Bull Ring racing circuits; London and Moscow street circuits; and a new track called the Strada Alpina. Finally, there’s a brief discussion of the Race Creator, which indicates you’ll be able to not just select tracks and the number of laps but also control what kind of cars are allowed to participate and weather conditions.

EA and Codemasters promise to reveal more about Grid Legends, including more details on that FMV story mode, in the weeks leading up to launch. Stay tuned.

Josh Harmon
Josh picked up a controller when he was 3 years old and hasn’t looked back since. This has made him particularly vulnerable to attacks from behind. He fell in love with EGM during the Dan Hsu era, so joining the magazine as an intern way back in 2012 felt like a dream come true. Now, as Editorial Director, he’s excited to lead EGM somewhere new.
Share
Post tagsGRID