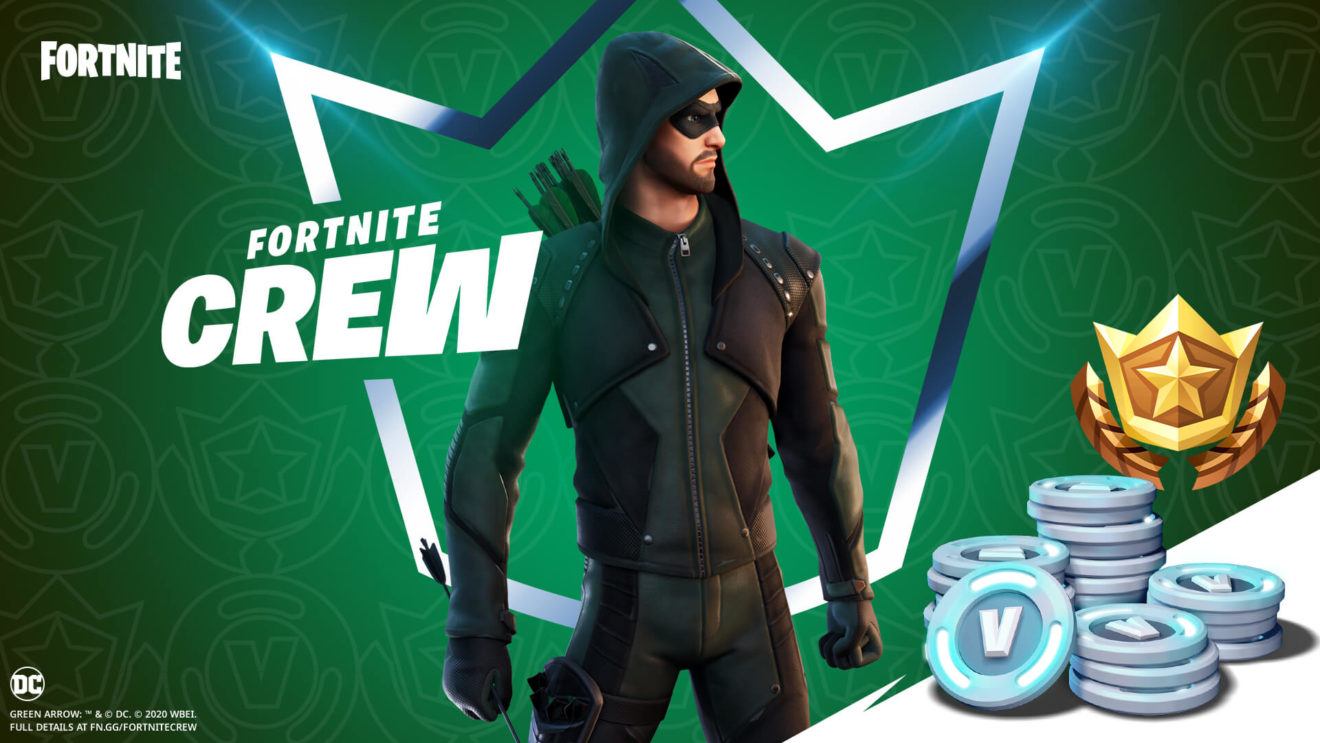 Green Arrow is coming to Fortnite

Fortnite Crew subscribers will be able to add Green Arrow to their Lockers later this month, Epic Games has announced.

Green Arrow will be available to subscribers as part of the January Crew Pack from December 31st at 7 p.m. ET. The pack also contains the Tactical Quiver Back Bling and style and the Boxing Glove Pickaxe. Additionally, subscribers get their monthly stipend of 1,000 V-Bucks, but this won’t be delivered until one month after the subscription start date.

The Fortnite Crew subscription went live earlier in December and offers an exclusive Crew Pack, 1,000 V-Bucks, and access to the current season’s Battle Pass for $11.99 a month.

There’s also still time to sign up and claim December’s Crew Pack, which includes the Galaxia outfit and style, the Cosmic Llamacorn Pickaxe, and Fractured World Back Bling.

In other news, Marvel’s Black Panther, Captain Marvel, and Taskmaster joined Fortnite yesterday as part of the Marvel Royalty and Warriors Pack. The pack is priced at $24.99 and includes all three skins, additional styles, pickaxes, gliders, and Back Blings.