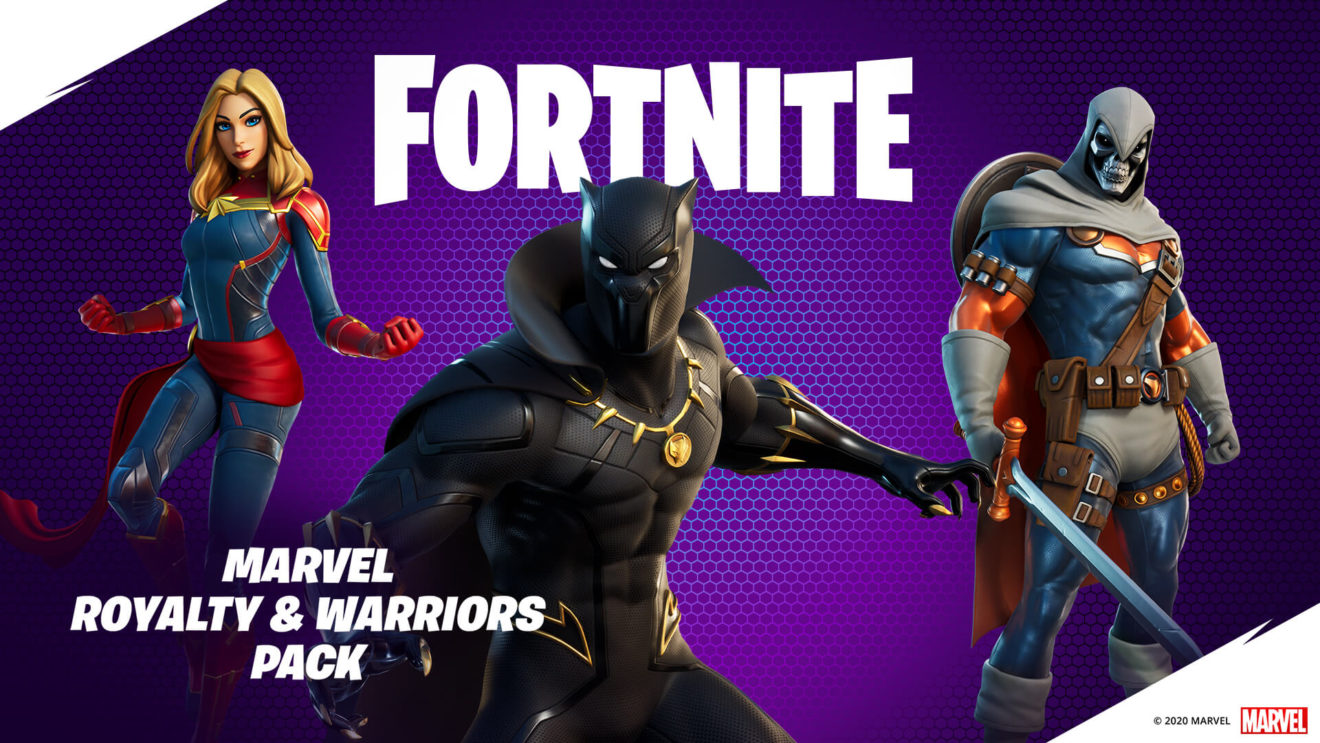 Black Panther, Captain Marvel, and Taskmaster have arrived in Fortnite

Fortnite players can now pick up the Marvel Royalty and Warriors Pack from the in-game store for $24.99, Epic Games has announced.

The pack contains skins for Black Panther, Captain Marvel, and Taskmaster, as well as additional styles, pickaxes, and gliders. Check out the complete list of included items below:

In other news, players can also obtain the Wakandan Salute Emote for free in Fortnite for a limited time. To get the emote, simply complete the Wakanda Forever challenges before they go away on January 12th.