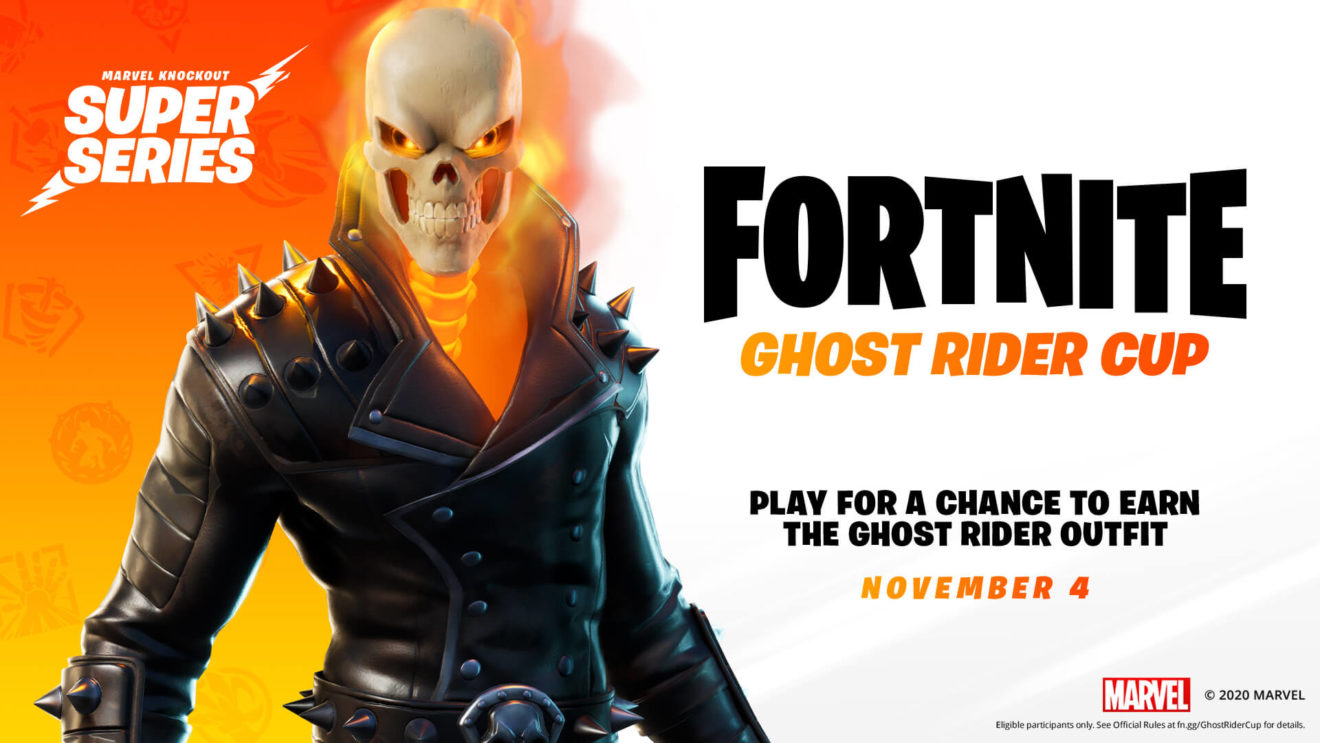 Ghost Rider is coming to Fortnite

The trios competition will take place in the Marvel Knockout limited-time mode on November 4th. Players can find the exact local start times by visiting the Compete tab in the lobby. To compete, players must have two-factor authentication on their account and be at least account level 30.

As for rewards, the top players in each region will receive the Ghost Rider outfit and Back Bling. Presumably, the outfit will be available to purchase from the in-game store at a later date, as with the previously offered Daredevil outfit reward. However, Epic is yet to confirm this.

In other news, Epic Games recently outlined the improvements that will be made to Fortnite on Xbox Series X/S and PlayStation 5. Read about the changes here.