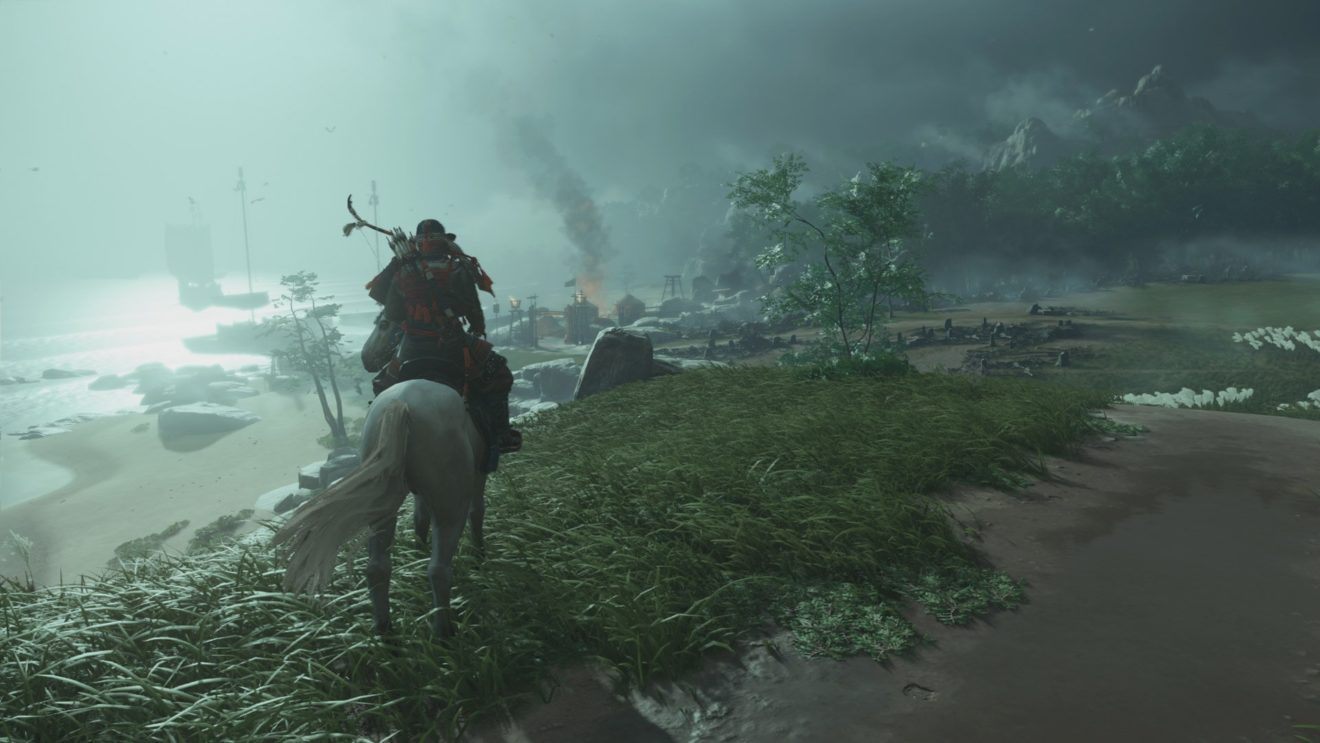 A couple of days after it was leaked, Sony has officially announced Ghost of Tsushima Director’s Cut for PlayStation 4 and PlayStation 5.

The highlight for the Director’s Cut is a new chapter set on the neighboring island of Iki. This story expansion has Jin travel to Iki to investigate rumors about the Mongolian invasion, only to find himself “caught up in events with deeply personal stakes that will force him to relive some traumatic moments from his past.”

Iki will offer new environments to explore, new armor to unlock, new techniques, new enemy types, and more. You can access Iki Island in the beginning of Act 2 after getting to the Toyotama region in the main story. The director’s cut will also include “every piece of additional content we’ve released to date,” according to the announcement.

As far as new features are concerned, the PS5 version is getting the bulk of the attention here. PS5-exclusive features include haptic feedback and adaptive trigger support for the DualSense, as well as 3D audio enhancements, “drastically improved load times, 4K resolution options and framerates targeting 60 FPS.”

The biggest PS5-exclusive feature, however, is the addition of Japanese lip sync, thanks to “the PS5’s ability to render cinematics in real time.” Now, if you’re playing in Japanese on the PS5, the characters’ lips will actually look like they’re speaking Japanese. Unfortunately, the PS4 version will not get this update.

The good news is if you already own Ghost of Tsushima on PS4, you won’t have to repurchase it at full price to access the Iki Island content. You can preorder an upgrade to the Director’s Cut for $19.99 on PS4 or $29.99 if you’re jumping to the PS5 version. If you bought the Director’s Cut initially on PS4 and later want to upgrade to the PS5, that will only cost you $9.99.

Even if you don’t plan on purchasing the Director’s Cut, players who already own Ghost of Tsushima will benefit from a patch that’s launching alongside it. Some fixes include enabling a target lock-on during combat, controller remapping, and the ability to hide Jin’s quiver during gameplay.

Speaking of, Ghost of Tsushima Director’s Cut is launching on August 20th for PlayStation 5 and PlayStation 4.