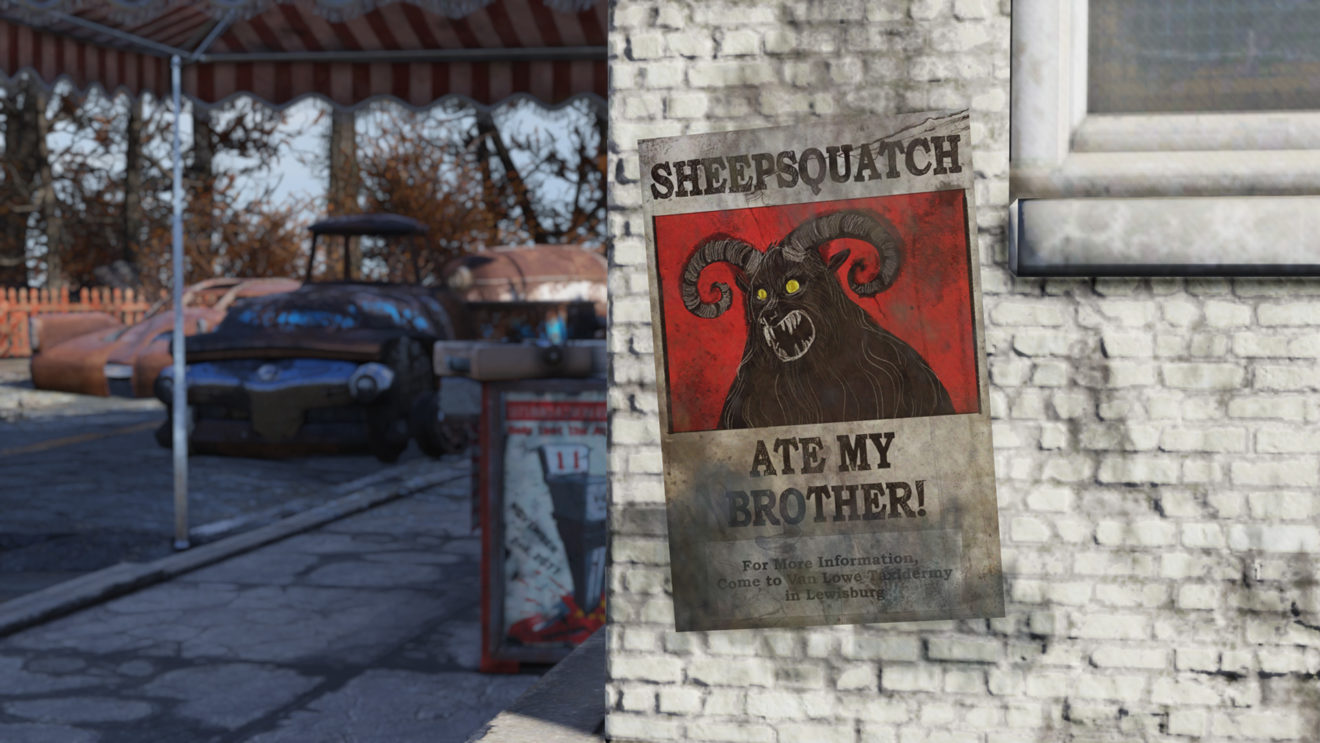 Get some free items in Fallout 76 for a limited time

Bethesda is ringing in the new year by offering a couple of free items and discounting others in Fallout 76.

In addition to these free items, there are a few new additions to the store, including the Lion Dancer Outfit (800 Atoms), Gala Tuxedo (800 Atoms), New Year’s Mr. Fuzzy Plushie (300 Atoms), and the Shogatsu Bundle (700 Atoms), which includes the Kagami Mochi and Kadomatsu.

Finally, Bethesda has discounted a number of items that it will be removing from the store and placing in the Vault on January 7th. A full list of soon-to-be-removed items can be found below:

Finally, Fallout 76 players will be able to earn double XP from January 9th through January 13th.