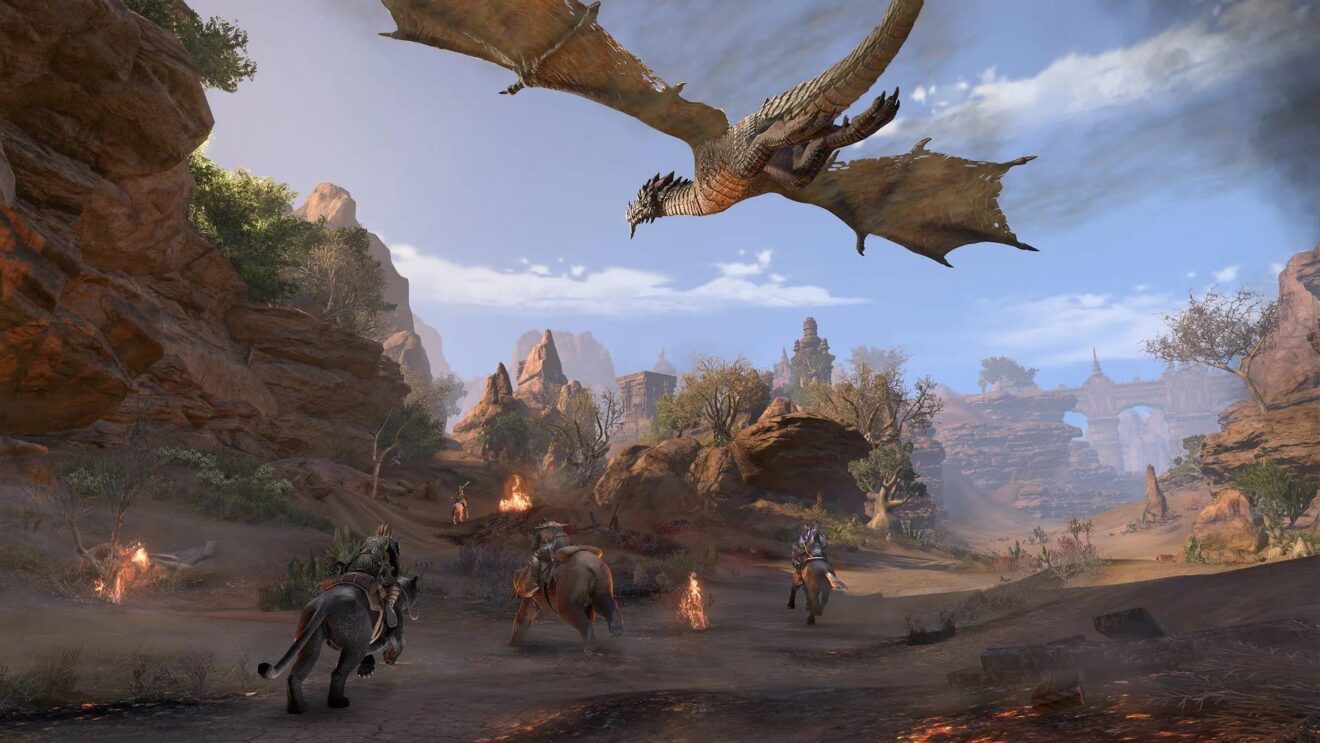 Zenimax Online has announced that the Pan-Elsweyr Celebration will begin in The Elder Scrolls Online next week.

During the event, which runs from July 22nd through August 3rd, players can get bonus loot, event rewards, and Event Tickets by exploring the regions of Northern and Southern Elsweyr. To get started, grab the introductory quest from the Crown Store or travel to the area.

While completing certain activities in Northern and Souther Elsweyr, players have a chance to obtain an Elsweyr Coffer as an additional reward. These coffers can contain crafting materials, style items, zone gear, treasure maps, and more. Players can also get double rewards from all daily quests in the region, increased resource node rewards, and bonus loot from bosses.

Finally, players get Event Tickets for completing daily quests that can be spent at the Impresario. The merchant’s stock includes Unstable Morpholith base fragments, the first fragment for the Dagonic Quasigriff, and Ja’zennji Siir Style pages.