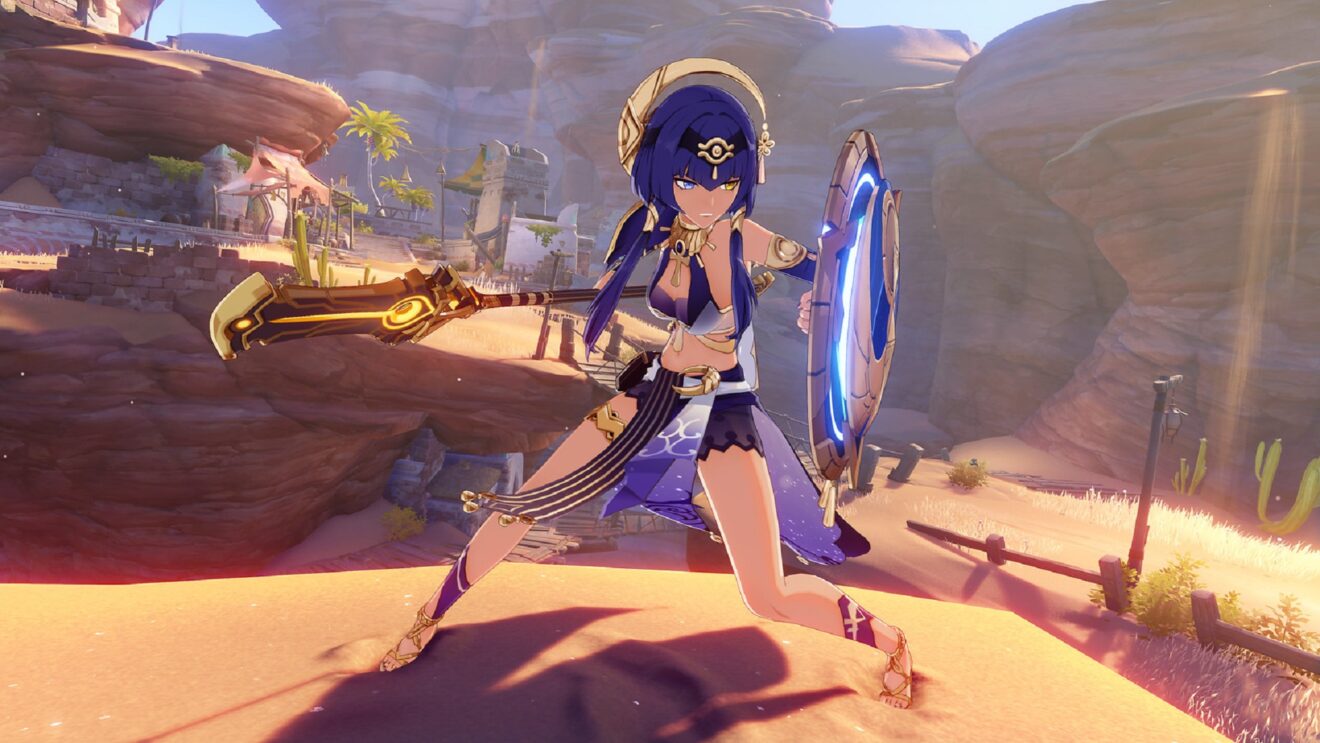 HoYoverse has announced that Genshin Impact’s next major update, King Deshret and the Three Magi, arrives on September 28th.

The highlight of this update is the introduction of Sumeru’s desert area, which is home to the Mausoleum of King Deshret, which contains puzzles, mechanisms, and robotic guardians, and Aaru Village, the largest settlement in the desert region. While exploring this region, players will bump into two Fatui Harbingers, Il Dottore and Scaramouche.

In addition, three new characters from Sumeru are joining the roster. As part of the 3.1 update, players can obtain the five-star Hydro character Nilou, the five-star Electro polearm wielder General Mahamatra Cyno, and Candace, a four-star hydro character.

Finally, the annual Weinlesefest is taking place in Mondstadt. Players can help Razor uncover more about his past, take part in four different mini-games, and get numerous rewards, including the new four-star Missive Windspear weapon.