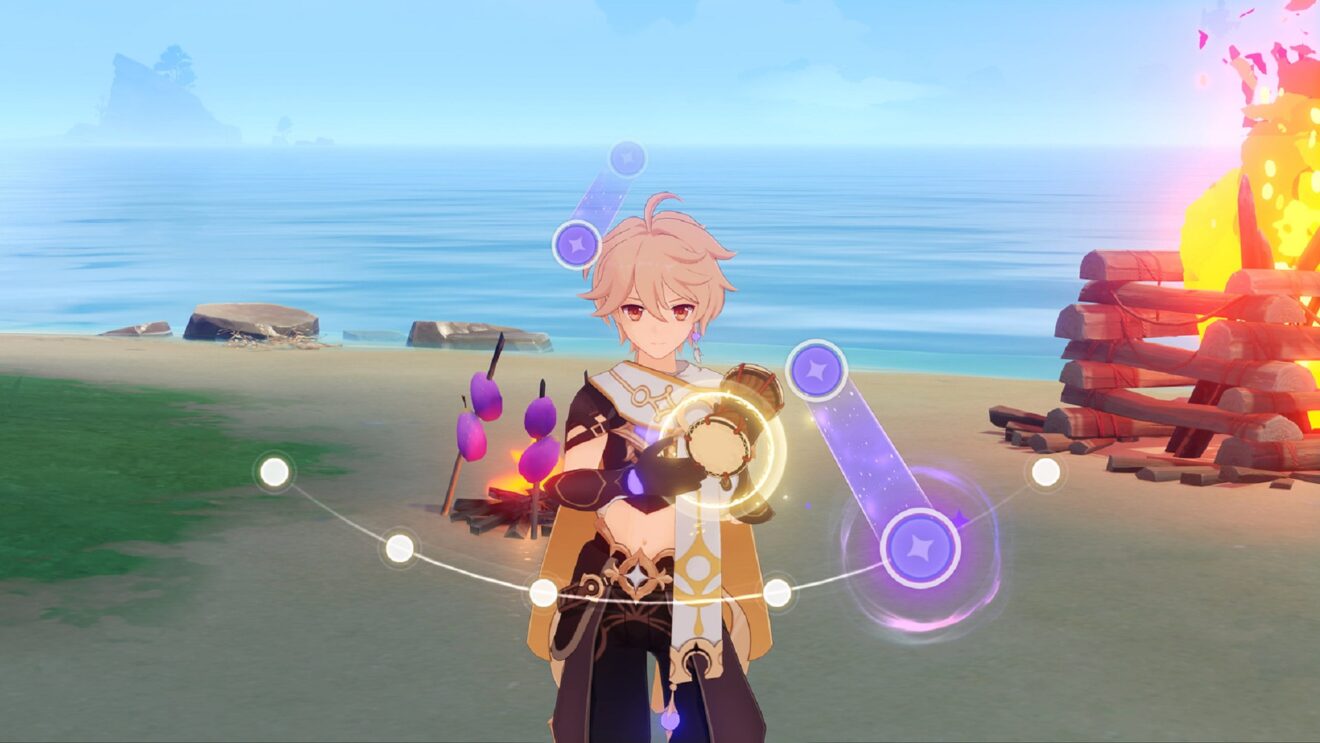 HoYoverse has confirmed that Genshin Impact‘s previously delayed 2.7 update, otherwise known as Hidden Dreams in the Depths, will launch on May 31st.

In the update, players will be returning to The Chasm for a new Archon Quest story in which they find themselves stranded in the depths with Yanfei, Yelan, Arataki Itto, and Kuki Shinobu. By playing through this story, players will unlock the “Realms of Guile and War” combat challenge, which requires them to face several rounds of combat in four different domains that each has its own rule. The rewards for this challenge include the event-exclusive four-star bow, Fading Twilight.

Hosseini the Sumeru scholar is also asking for help in the A Muddy Bizarre Adventure event. Use the Lumenstone Adjuvant and the Pursina’s Spike to clear the mud, weaken monsters, and complete various tasks.

In addition to the above, two new characters will be joining the game in Update 2.7. The first of these is the five-star character Yelan, who is the owner of the Yanshang Teahouse and the special intelligence officer of Liyue. Yelan is a hydro DPS character who wields a bow and “combines rapid attacks with agile mobility.” Joining her is the four-star character, Kuki Shinobu, a support character who uses a sword and the electro element.

Finally, the Almighty Arataki Great and Glorious Drumalong Festival will be happening in Inazuma to celebrate Shinobu’s graduation. Players will be given a little drum to use in a new rhythm game. Completing all of the available tunes will unlock a note editor that can be used to create tunes and share them with other players.