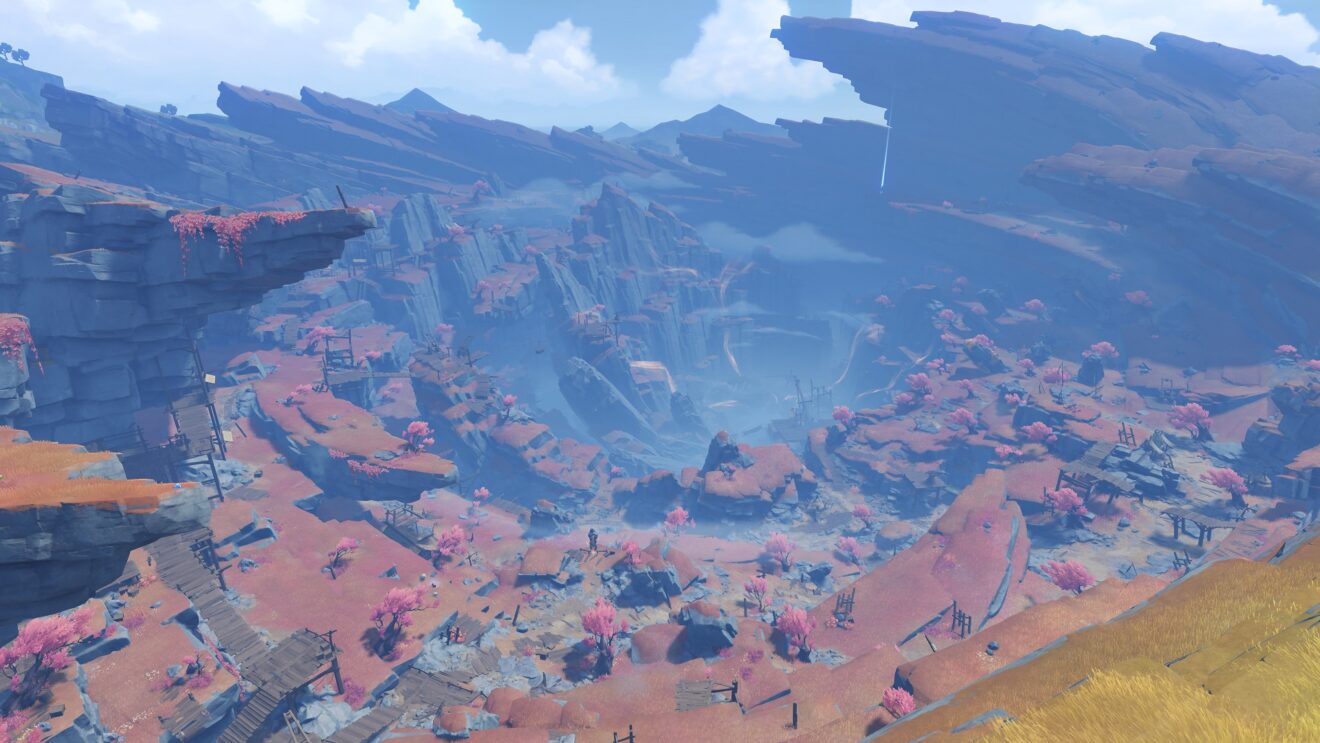 Genshin Impact‘s next major update, Zephyr of the Violet Garden, is set to launch on March 30th, developer miHoYo has announced.

This latest update will let players explore The Chasm, Liyue’s primary source of ores that has been closed due to a series of mysterious accidents and is now overrun by monsters, Treasure Hoarders, and the Fatui. The Chasm is also home to some new story content and the powerful boss enemy Ruin Serpent.

Also on the way is the Magnificent Irodori Festival. The event has been organized by the Yashiro Commission and Yae Miko and will invite Venti, Xingqiu, and others to Inazuma to celebrate. During the event, players will have to take themed photographs, clear stages of the upgraded Theater Mechanicus, duel in sword fighting, and more to earn rewards.

In addition to the above, the new five-star character Kamisato Ayato will be making his debut. Ayato wields a sword and “can unleash immense Hydro damage in a short amount of time, and is capable of increasing the effects of his party’s Normal Attacks.” Joining Ayato in 2.6 will be the returning Venti and Ayaka.